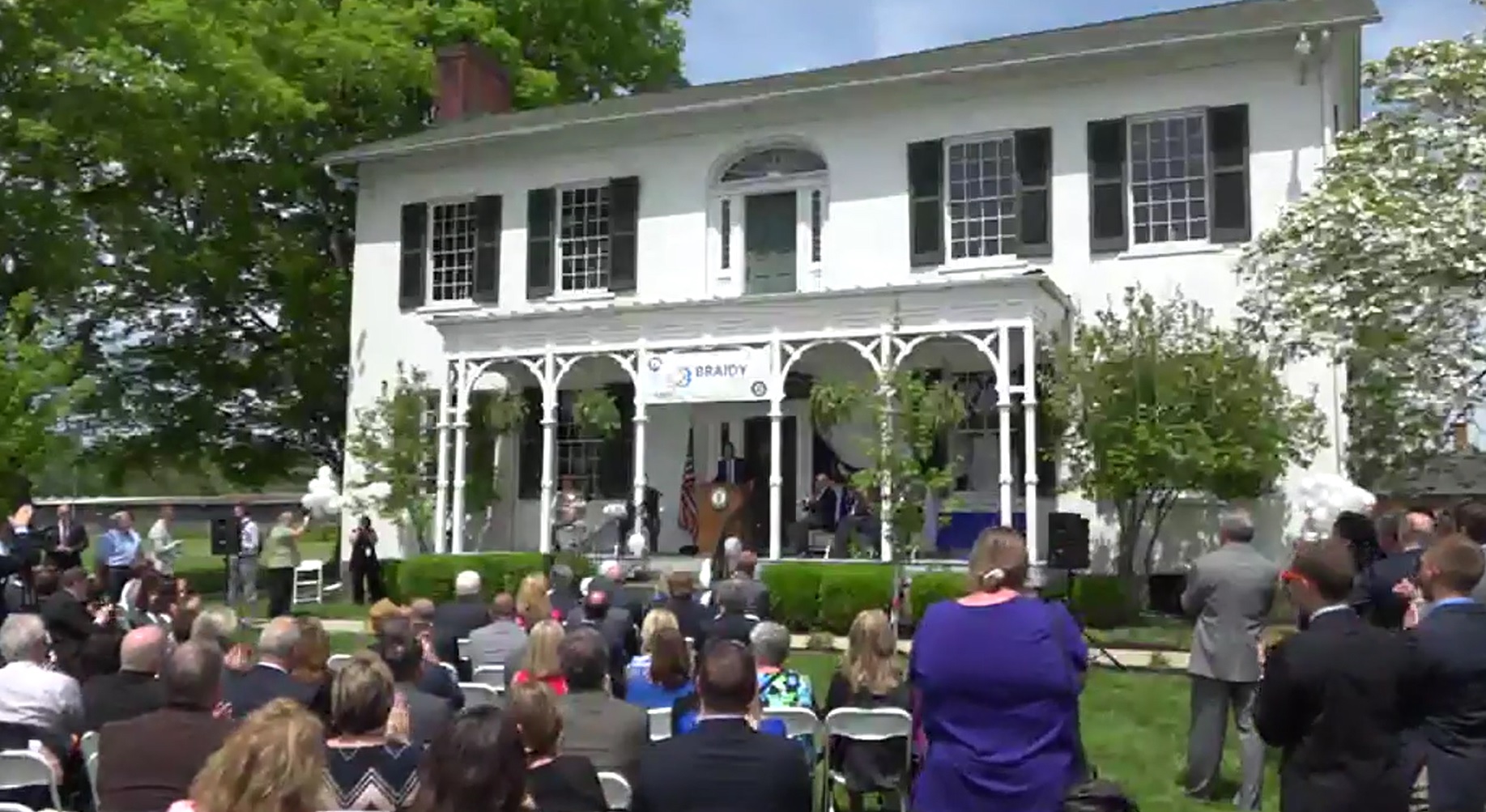 The announcement marks a turning point in bringing economic vitality to eastern Kentucky, and comes just two days after the 53rd anniversary of President Lyndon B. Johnson’s 1964 declaration of the “War on Poverty” in Appalachia.

“Braidy Industries’ decision to locate in eastern Kentucky has the potential to be as significant as any economic deal ever made in the history of Kentucky,” said Gov. Bevin. “This $1.3 billion investment will create enormous opportunity for people in the region, and would not have been possible without our recently passed right-to-work legislation. I look forward to the success of Braidy Industries as they leverage the incredible work ethic found in eastern Kentucky. The ripple effect of this investment will be significant and will produce positive change in the region for generations to come.”

Braidy Industries will construct a 2.5 million-square-foot aluminum mill on more than 300 acres near South Shore in Greenup County. The company expects construction to begin in early 2018, with completion in 2020. Construction will create about 1,000 jobs.

Initially, the facility will produce about 370,000 tons of aluminum per year for the automotive and aerospace industries, with opportunities to expand over time.
The average wage of workers in the new facility will be about $70,000 per year. The company will also provide low-cost healthy meals, a day care, a fitness center, and other amenities to create an employee-friendly workplace.

Craig Bouchard, Braidy Industries chairman and CEO, said the new plant will both revitalize the region and raise the bar for aluminum production globally.

“Our team recognizes an opportunity to make incredible impacts both in the global aluminum industry and in bringing well-paying jobs to eastern Kentucky in the heart of Appalachia,” Bouchard said. “The state’s willingness to partner closely with private industry makes this a prime location to found and grow our world-class and cutting-edge rolling mill.”

Bouchard, a seasoned executive with a distinguished track record in banking, software development, and aluminum and steel manufacturing, founded Braidy Industries earlier this year. He chose Greenup County for its strengths as a location for metal production as well as to spearhead an economic revival in eastern Kentucky. Bouchard’s team includes experts in the aluminum industry, metallurgical research, international business, and a range of other disciplines.

Dr. Michael E. Porter, professor at Harvard Business School and a global expert on competitiveness and economic development, serves as a Braidy Industries board member. Porter assisted the company in assessing Kentucky’s competitive advantage versus other potential locations.

“Eastern Kentucky has significant competitive advantages, including its proximity to the leading automotive and aerospace customers, low energy costs, and a skilled and available workforce for heavy manufacturing,” Porter said. “The decision to locate in Greenup County will provide an opportunity for Braidy Industries and the community to work together to transform the region’s business environment as well as attract related companies.”

“Both in the immediacy and over the coming decades, Braidy Industries’ investment—and the jobs its high-tech mill will create—promise to make a tremendous positive impact on Greenup County and Kentucky’s eastern region,” Sec. Gill said. “In bringing us to today’s announcement, major efforts by local, regional, and state partners, including the Legislature’s actions to improve Kentucky’s business climate, proved key. In its entirety, this work helps us deliver the clear message that Kentucky is open for business.”

Matthew J. Satterwhite, president and COO of AEP Kentucky Power, said the company’s presence will set off an economic cascade.

“With this game-changing project in Greenup County, Braidy Industries will positively affect all of eastern Kentucky, both directly and by attracting other automotive and aerospace-related manufacturers,” Satterwhite said. “I’m enthusiastic about the future of our region and will be working alongside Braidy Industries as an economic development partner to ensure its success. Get ready eastern Kentucky, Braidy Industries is just the first company moving in for what is the best-kept secret in the country— the skilled available workforce in our region.”

Sen. Robin Webb, of Grayson, said the project has been a group effort and comes as welcome news for the community.

“Northeast Kentucky welcomes Braidy Industries to our region where our world-class workforce is ready to contribute to economic progress,” she said. “We have seen decline in coal, river, rail, and steel in recent history, but Braidy is poised to be a catalyst in our economic recovery. We appreciate the executive branch and our local partners working with the legislative branch in partnership to make this happen.”

Rep. Danny Bentley, of Russell, expressed gratitude for the company’s decision to locate in Greenup County.

“Kentucky’s business climate is resulting in more manufacturers moving to this commonwealth,” Rep. Bentley said. “Braidy Industries’ $1.3 billion investment in Greenup County will bring 550 much-needed jobs to the area while also boosting northeastern Kentucky’s economy as a whole. More manufacturing jobs will have a tremendous multiplier effect on our district, and we commend Craig Bouchard for having the foresight to recognize the great possibilities our great commonwealth has to offer.”

“In my 24 years of public services, this is the project I have waited for,” he said. “This project will change the entire region going forward.”

To encourage the investment and job growth in the community, the Kentucky Economic Development Finance Authority (KEDFA) in a special meeting today preliminarily approved the company for tax incentives up to $10 million through the Kentucky Business Investment program. The performance-based incentive allows a company to keep a portion of its investment over the agreement term through corporate income tax credits and wage assessments by meeting job and investment targets.