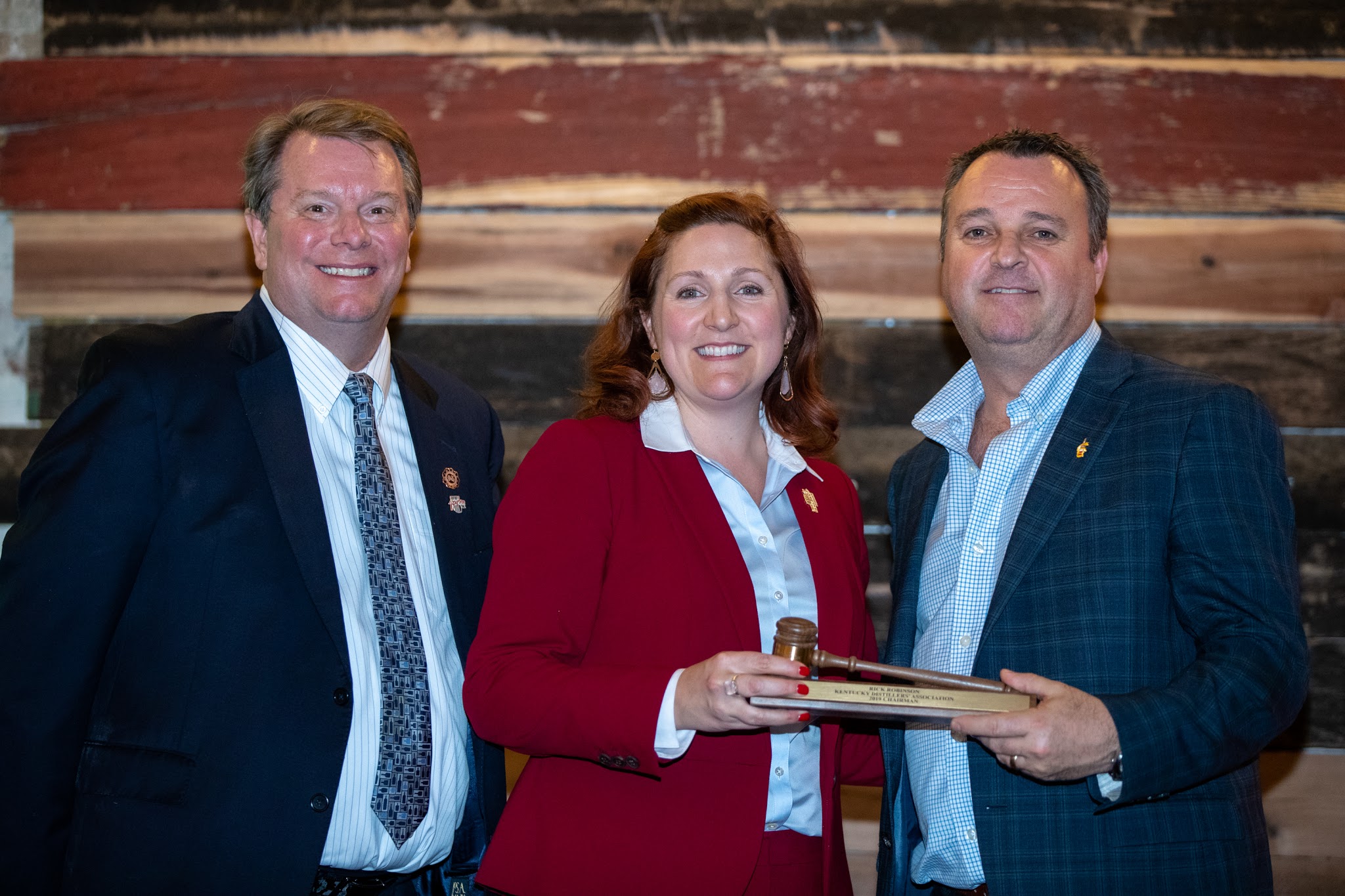 Pendergrass becomes third woman to assume the role as Chair

FRANKFORT, Ky. – The Kentucky Distillers’ Association today announced that Jessica Pendergrass, General Counsel for Heaven Hill Brands, has been named Chairwoman of the historic group’s Board of Directors for 2020.

With more than 12 years of corporate attorney and commercial negotiation experience, Pendergrass joined Heaven Hill as the company’s first in-house Corporate Counsel in 2018.

In addition to legal and commercial services, she is responsible for the development and implementation of trade and policy strategies for the company.

The KDA Board selected officers during its 139th Annual Meeting recently in Frankfort.

Pendergrass is the third woman in the KDA’s storied history to assume the role as Chair.

“When I became an attorney, my dream was to work for a Bourbon company, and I work for the best Bourbon company in the world at Heaven Hill, based in my hometown of Bardstown,” Pendergrass said.

“I have an incredible opportunity to lead our industry’s key trade group and make a lasting impact. To continue the legacy held by only two other women is a responsibility I don’t take lightly.

“I’m honored to further the mission of our organization and help realize the vision of our members.”

Family owned and operated since 1935, Heaven Hill Brands was founded in Bardstown, Ky. by the Shapira family to produce and market Bourbon and premium American Whiskeys, including the second-largest selling Bourbon, Evan Williams.

Over the last three decades, Heaven Hill has built on its foundation of American Whiskeys to become a broad diversified supplier of Whiskeys, Liqueurs, Vodkas, Rums, Tequilas and other spirits.

Heaven Hill named Pendergrass to the KDA Board in 2019. Her term as Chairwoman began on January 1 and runs through December 31, 2020.

The Board also appointed Pauline Rooney of Diageo North America, as Vice Chair. Rooney was the second woman to ever serve as Chair in 2015. Andrea Wilson, now the Executive Vice President and General Manager of Michter’s Distillery, was the first in 2009.

Other Board members for 2020 include:

Kentucky Bourbon is one of the Commonwealth’s most historic and treasured industries, a thriving $8.6 billion economic engine that generates more than 20,100 jobs with an annual payroll topping $1 billion and is in the middle of a $2.3 billion building boom.

KDA President Eric Gregory commended the Board for its visionary leadership and strategic insight, noting the decades of global industry experience brought to the group by its Directors. “We are fortunate to have this team of dedicated individuals to guide our industry,” he said.

“It’s an honor to work with such distinguished professionals who are passionate about advancing the KDA’s mission to promote, protect and elevate our distilled spirits industry and securing Kentucky’s rightful place as the one, true and authentic home for Bourbon.

“We look forward to working with Chairwoman Pendergrass and our Board as we prepare for another dynamic and successful year.”