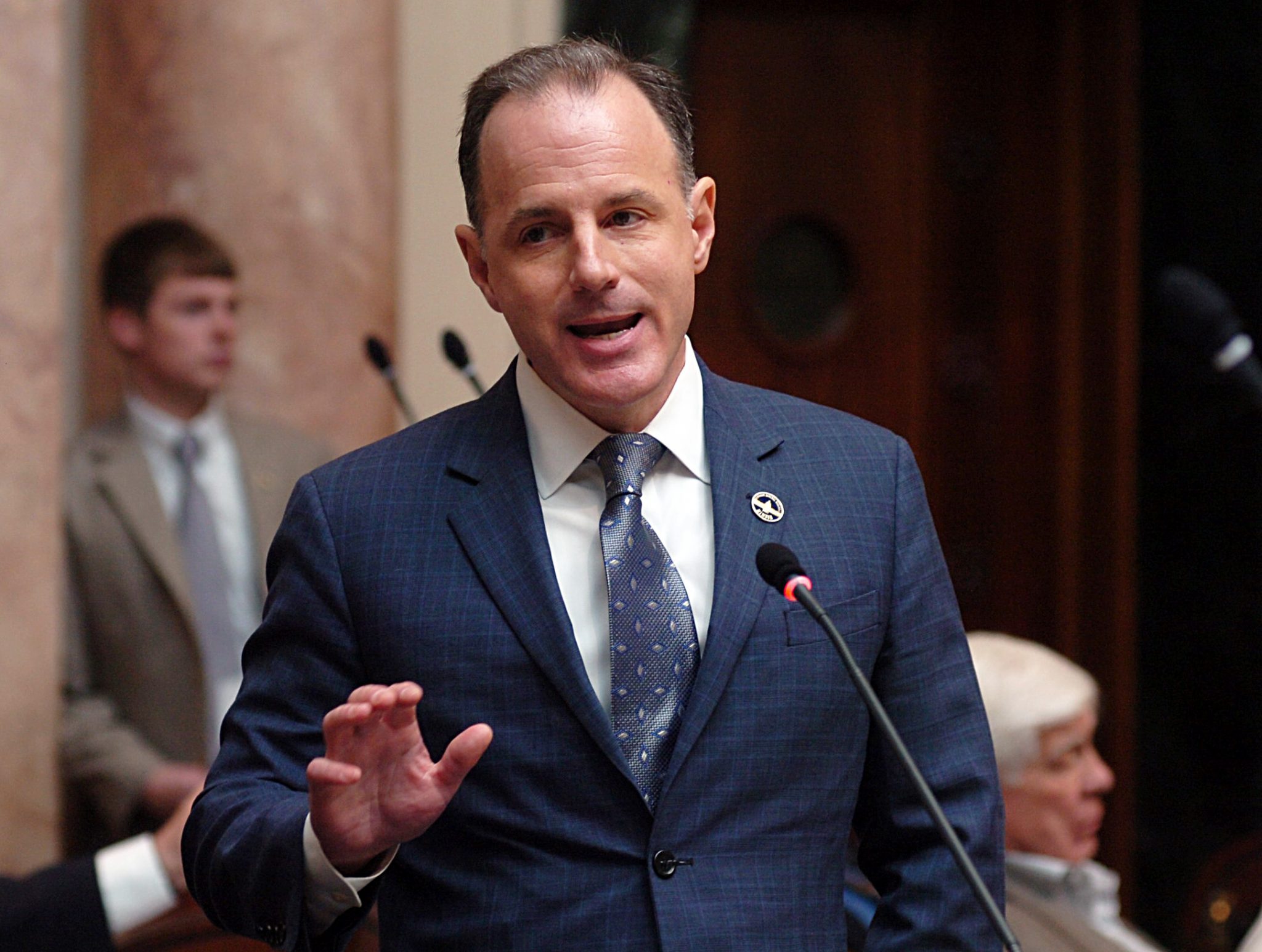 FRANKFORT—Children ages 11 and 12 and even younger are being recruited by criminal gangs in Kentucky, Rep. Robert Benvenuti told the state House today as he explained his bill to crack down on gangs and gang violence.

“It’s about protecting children who are extremely vulnerable in our commonwealth. Because if you’re dead, there’s nowhere else for you to go. It’s over,” Benvenuti, R-Lexington, an attorney and former Inspector General of the Cabinet for Health and Family Services, said before the House voted 91-3 to pass House Bill 315. The bill now goes to the Senate for consideration.

HB 315 would use many approaches to rout out criminal gang activity, including felony penalties for criminal gang recruitment, with stiffer penalties for adults 18 and older who recruit children under age 15 to join gangs and require children who do join to commit a crime, said Benvenuti. Anyone, he said, of any age, who intentionally encourages someone to join a criminal gang would face misdemeanor or felony charges for repeat offenses.

The bill would also set minimum sentencing requirements for certain misdemeanors committed by criminal gang members if the defendant is found “beyond a reasonable doubt” to have been a gang member when the crime was committed, he said. Those convicted of a felony that endangered the safety of the public and was committed by a criminal gang member would also face stronger penalties and be required to serve at least 85 percent of their sentence, with some exceptions for juveniles.

Rep. McKenzie Cantrell, D-Louisville, an attorney, said there are some low-level misdemeanors in the bill that would bring stiffer penalties if committed in connection with criminal gang activity. (Some of the misdemeanors listed include fourth-degree assault, menacing, and second-degree wanton endangerment.) When asked why they were included, Benvenuti said those misdemeanors are considered by law enforcement to be most often associated with gang crime.

“These would be the most effective in stopping that low-level criminal gang activity,” he told Cantrell.

Remaining provisions of the bill would levy stricter sentencing requirements for members of criminal gang syndicates (defined as three or more people acting as a criminal gang), allow the courts to hold hearings to determine if someone arrested for a gang-related offense was a member of a criminal gang or acting in a gang’s interest at the time of the crime, and give victims of criminal gang activity the ability to sue for damages.

Rep. Joni Jenkins, D-Shively, said while there is no “perfect bill” to address problems like those HB 315 attempts to address, the bill is “a step in giving tools to law enforcement to intervene in young lives.” She said she hopes the General Assembly will also consider increasing funding for other tools that can be used in the fight against crimes, tools that she said include local school-based Family Resource and Youth Services Centers (FRYSCs) and “wraparound services” for families that improve quality of life.

HB 315 contains an emergency clause, which would make the provisions in the bill effective immediately after the bill is signed by the governor or otherwise becomes law.