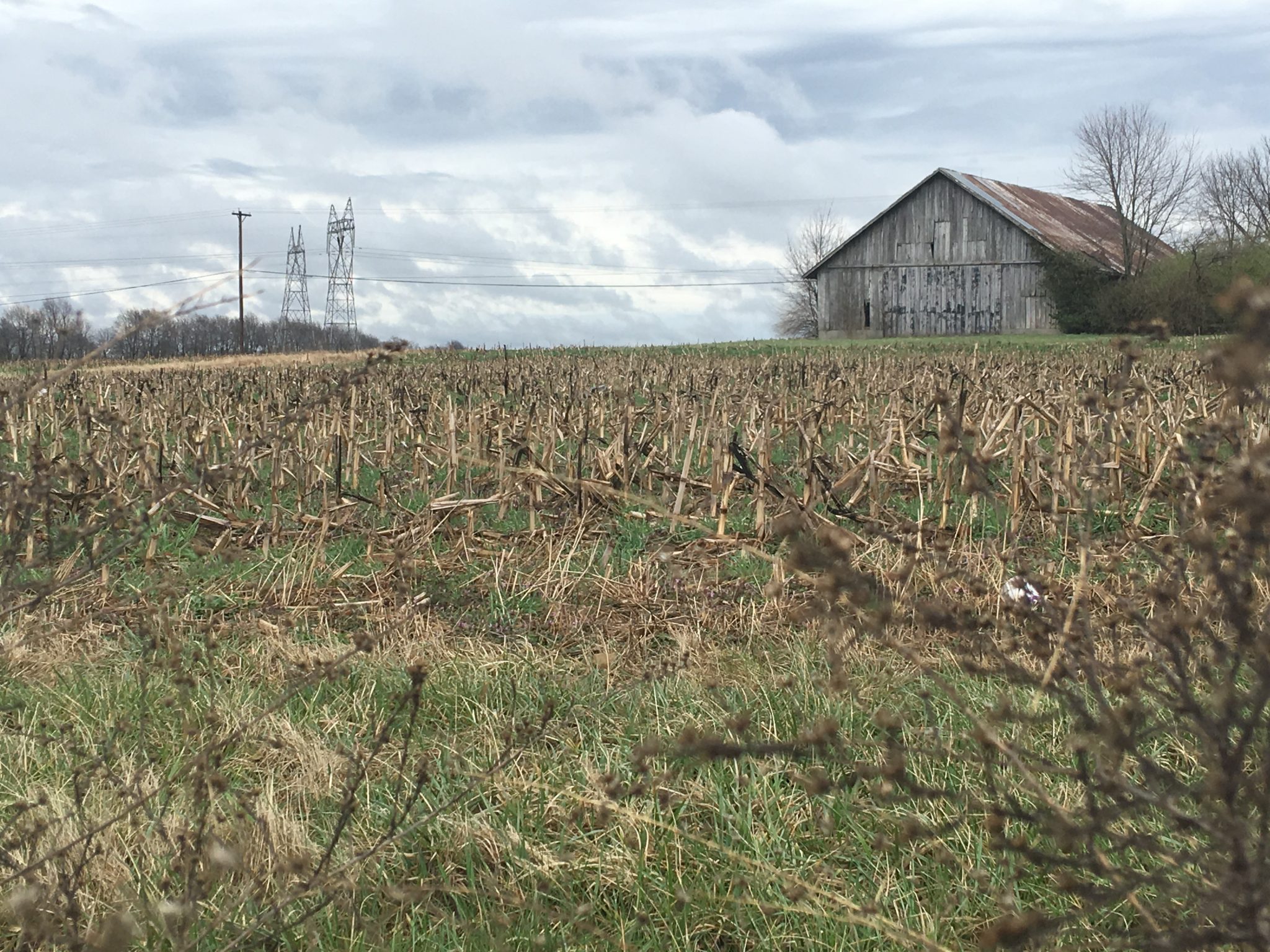 Photo: Joe Arnold
Half of Kentucky’s counties lost population, while 59 counties grew in population between 2015 and 2016, according to new U.S. Census Bureau projections issued Thursday by the Kentucky State Data Center at the University of Louisville. Casey County’s population was unchanged.
The Kentucky State Data Center is the state’s clearinghouse for census information. Today’s data show the estimated resident population as of July 1, 2016.
The largest percentage gains were in suburban counties near Louisville and Lexington, with Warren County also showing a significant increase. Large population declines were found mostly in rural eastern and western Kentucky counties, according to the summary report. 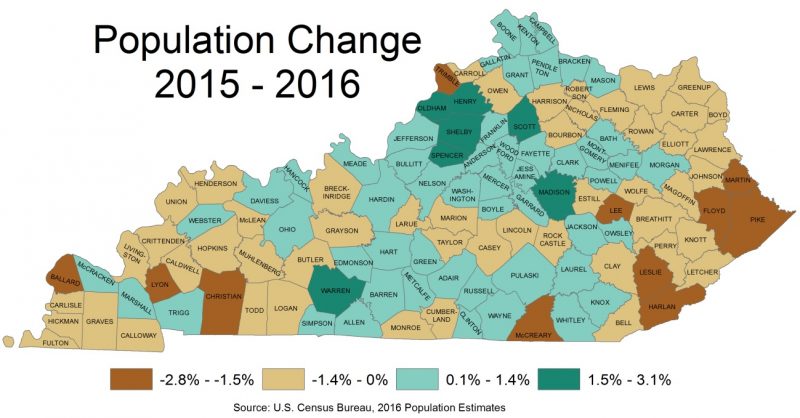 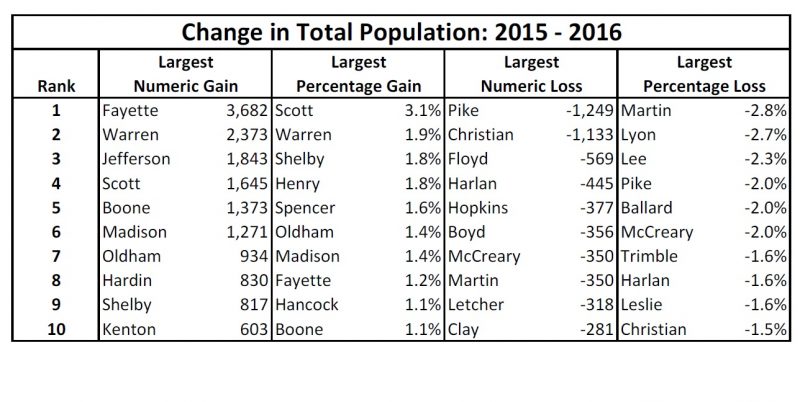 Since the 2010 Decennial Census, Scott, Warren, and Shelby counties have been Kentucky’s fastest growing, registering total growth rates of 14.4%, 10.3%, and 10.3%, respectively. Excepting Lee County, which experienced a significant drop in its prison population during this time, Fulton County has been the state’s fastest shrinking county, having lost an estimated 9.3% of its population.
The Census Bureau produces annual estimates of the population for the nation, states, counties, and cities and towns, as well as for the Commonwealth of Puerto Rico and its municipios. Additional information on the Population Estimates Program can be found at www.census.gov.
Click here for downloadable files of the 2016 Population Estimates.
Click here for the Kentucky State Data Center.