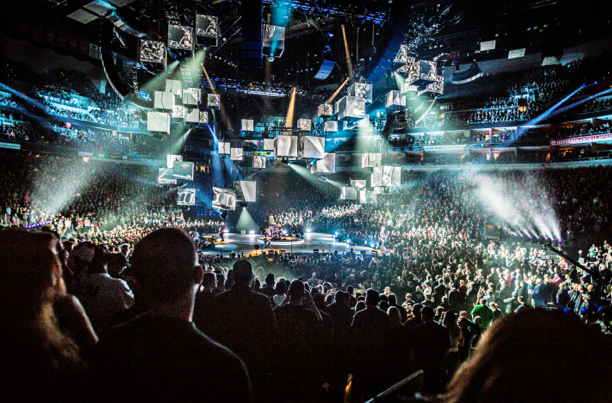 The record-breaking year included 11 sold-out concerts/family shows. Of these sold-out events, Metallica, Chris Stapleton, JoJo Siwa and Hot Wheels Monster Trucks all hosted the largest selling performances of their North American tours at the KFC Yum! Center. Metallica was also the venue’s top selling concert of all time, with 23,084 tickets sold for their March 2019 concert. And Luke Combs’ December 2019 concert was the fastest sellout in venue history.

Industry leading publication, Pollstar Magazine, released its 2019 Year-End Worldwide Ticket Sales rankings and the KFC Yum! Center is ranked 37th in the nation and 62nd in the world for ticket sales by venue, having sold more than 343,000 concert tickets in 2019.

“The KFC Yum! Center continues to attract the world’s top-selling artists and garner tremendous community support,” KFC Yum! Center General Manager Eric Granger said. “We would not be in this position without the continued support from our promoters, the Louisville Arena Authority, University of Louisville and the regional community. We’re so grateful that the community embraces our successes and continues to demonstrate its support of great entertainment.”

Just under one million visitors packed the KFC Yum! Center for ticketed events during the 2019 calendar year, including University of Louisville Men’s and Women’s basketball games and the NCAA Men’s Basketball Regional, which resulted in significant visitor spending in the surrounding district.

The KFC Yum! Center has already announced a strong slate of shows for 2020, including Elton John, Michael Bublé, Lumineers, among many others. For tickets or more information on upcoming events, visit kfcyumcenter.com.