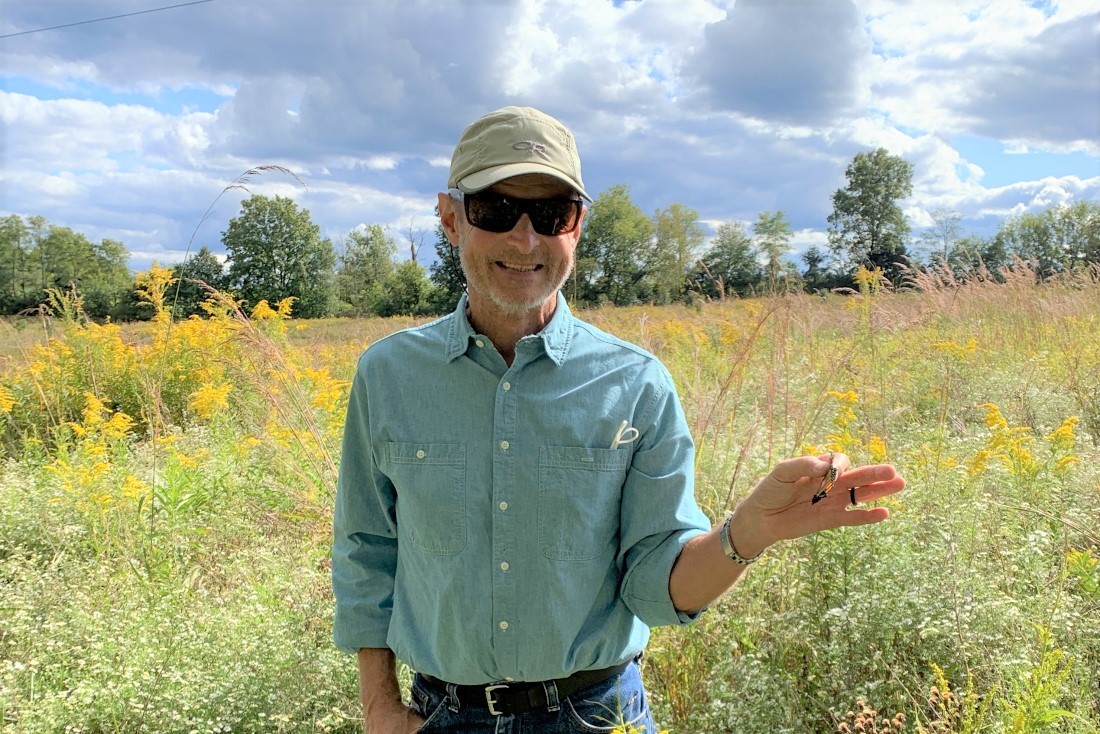 A monarch butterfly tagged in Kentucky as part of a research project last October was found 1,600 miles and months later in Mexico.

Kentucky Wild is a conservation community that provides its members the opportunity to go out in the field and work side by side with researchers supporting vulnerable wildlife that face threats in the state.

Roberts has participated in several monarch experiences and workshops, including the most recent tagging day on Oct. 2, 2020, at Perryville Battlefield State Historic Site.

“I first learned of Kentucky Wild when I was renewing my fishing license several years ago,” Roberts said. “I also read an article about Kentucky Wild in an edition of Kentucky Afield magazine. I became intrigued by the Kentucky Wild mission and chose to become a member, and I’m so glad I did.”

After migrating south from Perryville, the monarch was recovered the following winter through the Monarch Watch tagging program. It had flown more than 1,600 miles to the El Rosario Butterfly Preserve in Michoacán, Mexico. El Rosario is the largest and most visited sanctuary within the 217-square mile Monarch Butterfly Biosphere Reserve, a World Heritage Site designated by the United Nations Educational, Scientific and Cultural Organization (UNESCO).

Millions of monarch butterflies in eastern North America migrate to central Mexico each fall to overwinter, clustered together in high-elevation fir forests. During this great migration, taggers throughout the monarch’s range capture and tag the butterflies. Each tag consists of a small sticker displaying a unique code, which identifies the tagged monarch and where it has traveled from in case of a recovery.

“This is a very rare and exciting occurrence,” said Michaela Rogers, an environmental scientist with Kentucky Fish and Wildlife. “With the help of our partners, we have tagged more than 600 monarch butterflies in the last several years. This is our first recovery.”