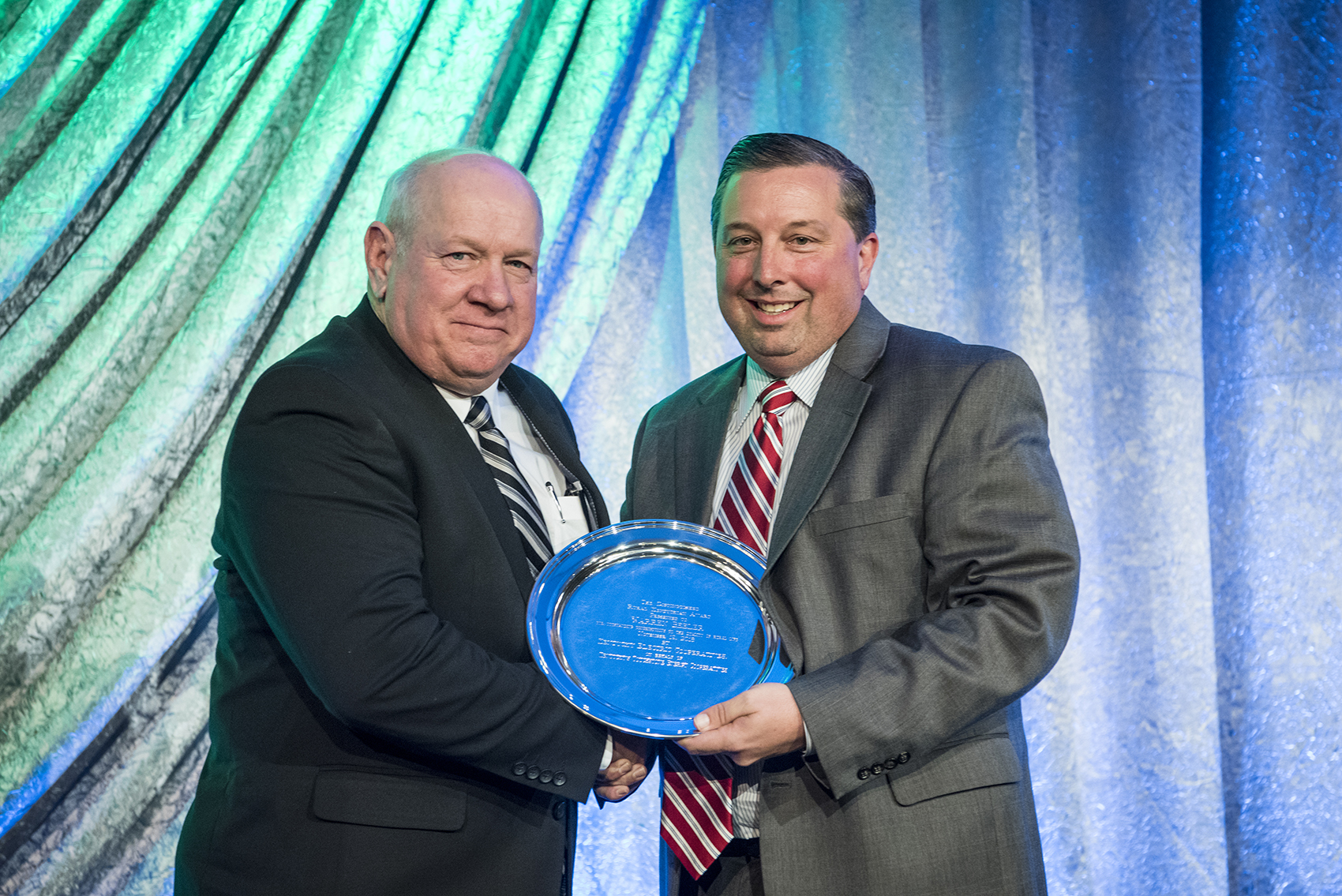 LOUISVILLE — Agriculture advocate, renowned livestock judge and respected state leader Warren Beeler was honored as the “2018 Distinguished Rural Kentuckian” at the 72nd  Annual Meeting of Kentucky Electric Cooperatives. The award is the highest honor bestowed by Kentucky’s electric cooperatives, which consists of 26 co-ops across the commonwealth.

Beeler is a graduate of Western Kentucky University, where he majored in animal science. In addition to his role as director of agriculture policy, Beeler served as director of livestock marketing, director of the Shows and Fairs Division, and livestock marketing specialist. Before joining the Kentucky Department of Agriculture, Beeler served as an agriculture extension specialist at the University of Kentucky, where he helped develop the first on-farm testing program for swine in Kentucky.

A Spring Lick, Kentucky native who grew up helping on the family’s dairy farm, Beeler made a name for himself in the swine industry. He is recognized as one of the greatest swine geneticists in the U.S. and has produced some of the country’s finest breeding stock. As a farmer in Caneyville, Beeler has shown four grand champion hogs and two grand champion lambs at the Kentucky State Fair.

Yet Beeler is perhaps best known for his contributions to youth development. He established numerous livestock clinics and started a judging evaluation clinic that evolved into Kentucky’s popular junior livestock expos.

“I’ve judged livestock shows for 43 years in 42 states, and I don’t do it for the livestock,” Beeler said. “I do it for the kids. And the thing about being a judge is that they will listen to you. So, great judges are great teachers.”

Beeler and his wife, Dee Dee, raised five children on their farm in Caneyville. In his remarks upon accepting the award, Beeler expressed gratitude to his late parents for the values they instilled in him on the farm, working hard and love of family.

“Because the most important thing I think anybody can do is work,” Beeler said. “Success is earned. Most people that don’t go to the barn when they don’t have to, or things they do when they’re not asked. It’s what you do when you don’t have to do anything that makes people really special.”

“I think about all the Kentuckians in the world and rural cooperatives, and what a service that they offer,” Beeler said. “I think there are people way more deserving than me. I am very proud, very proud to even be considered, and I love Kentucky.”