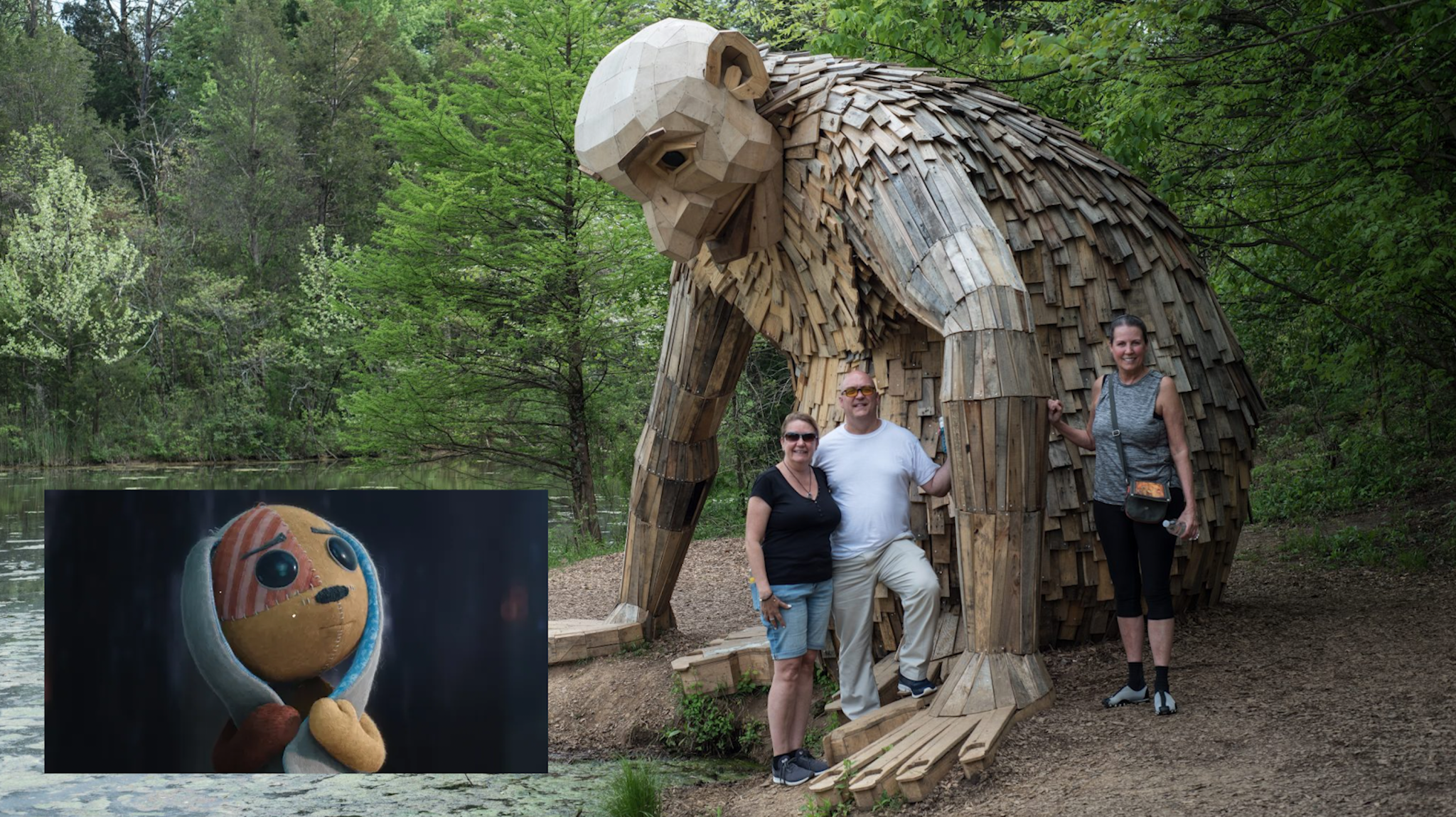 Visitors stand under Little Nis, one of the Forest Giants located at Bernheim Arboretum in Bardstown. Photo: Jolea Brown

The animated series follows the adventures of a beloved stuffed animal

CLERMONT, Ky – Bernheim Forest is part of the epic quest that a beloved stuffed animal embarks upon to find his best friend in a new show on Netflix.

“Lost Ollie,” a hybrid mini series of live action and animation that premiered today on Netflix, follows the adventure that Ollie, a patchwork rabbit with floppy ears and fuzzy memories, goes on to find the young boy he desperately loves. Ollie meets a ragtag group of friends along the way, and makes a stop at Bernheim Arboretum and Research Forest to visit Little Nis, one of the Forest Giants in a Giant Forest.

“Lost Ollie is a magical journey that takes the viewer into a fantastic world where they can lose themselves in wonder,” Dr. Wourms said. “I’d like to think that Bernheim offers a similarly magical experience where the visitors find themselves immersed in nature and art.”

The series is created by Shannon Tindle, who grew up in Shepherdsville.

“Bernheim Forest has always been a magical place for me. When the giants arrived, I knew that I had to incorporate them into Ollie’s journey,” he said. “I chose Nis because he is my favorite. I knew the combination of beautiful design and location would feel grand and magical on film. I love that Nis seems to guard the bridge like a troll from Norse mythology!”

The mini series features a number of well-known actors from movies and TV shows such as “O Brother Where Art Thou,” “Deepwater Horizon,” and “New Girl.” Ollie is voiced by Jonathan Groff, of “Glee” and “Frozen” fame (Kristoff), and his pal, tough teddy-bear Rosy is played by none other than iconic singer Mary J. Blige.

Throughout the four episodes, the series pays tribute to a number of other local landmarks including the Louisville skyline; the Kenwood Drive-In; and the characters even take a ride on the Belle of Louisville.

Bernheim Forest invites visitors to come explore its 16,000-plus acres. As Ollie reminds us:

“The greatest adventures are the ones that bring us home.”