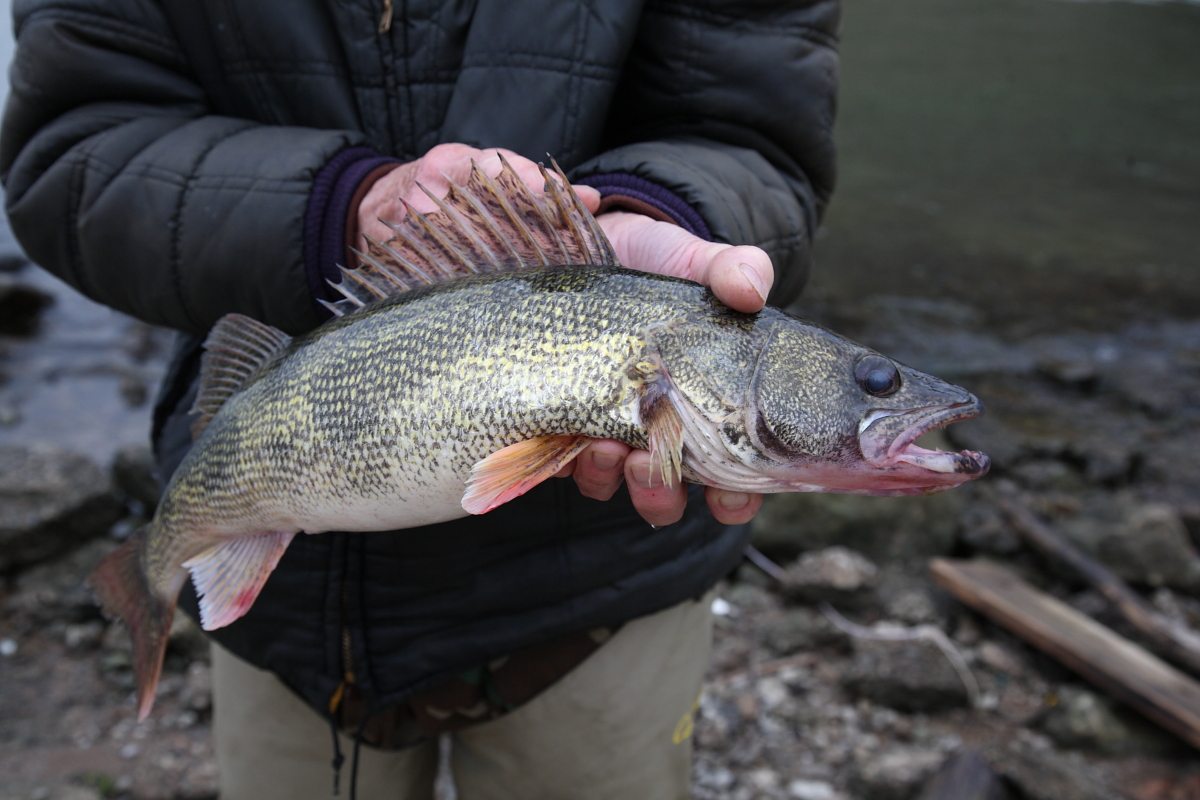 Kentuckians so far this winter can empathize with those sentiments. Many rivers still run high, Lake Cumberland is at summer pool in January and other reservoirs are well above winter pool. The weather forecast calls for more rain, followed by wicked cold.

The spring fishing season seems eons away, but it is not. March will be here in little more than a month, bringing warm winds, a new license year and some new fishing regulations that go into effect March 1.

Walleye, sauger and saugeye, a hybrid of walleye and sauger, now have a 14-inch minimum size limit and a six-fish daily creel limit statewide.

“The main reason for this regulation is to increase the number of larger, older sauger in the Ohio River,” said Jeff Ross, assistant director of Fisheries for the Kentucky Department of Fish and Wildlife Resources. “We have combined these three species into a statewide regulation for simplicity.”

A 12-inch minimum size limit on catfish stocked by Kentucky Fish and Wildlife is another new regulation for the 2019-2020 license year. “Stocking drives the catfish population in these lakes since there is not enough natural reproduction to sustain a robust population,” Ross said. “We also want larger catfish for our anglers to catch.”

After March 1, paddlefish, sometimes referred to as spoonbills, will be under a two-fish daily creel limit and a four-fish possession limit for traditional and non-traditional fishing methods.

A new regulation aimed at helping stem the movement of young Asian carp also goes into effect March 1. Live wild caught fish of the species mooneye and goldeye may only be used in the waters from which they were collected. “They are similar in appearance to young Asian carp,” Ross said. “We don’t want people to move anything that resembles young Asian carp such as shad, herring or these species from waterbody to waterbody.”

The largemouth bass in Benjy Kinman Lake in Henry County, Lake Reba in Madison County and Paintsville Lake in Johnson and Morgan counties will revert to statewide regulations of a 12-inch minimum size limit with a six-fish daily creel limit on March 1.

Buckhorn Lake in Perry and Leslie counties will have a 40-inch minimum size limit on muskellunge, while Lake Carnico in Nicholas County will have a 15-fish daily creel limit on sunfish.

Keep these new regulations in mind in 2019. Anglers should obtain a free copy of the 2019-2020 Kentucky Fishing and Boating Guide available soon wherever fishing licenses are sold and online at the Kentucky Fish and Wildlife website at www.fw.ky.gov.