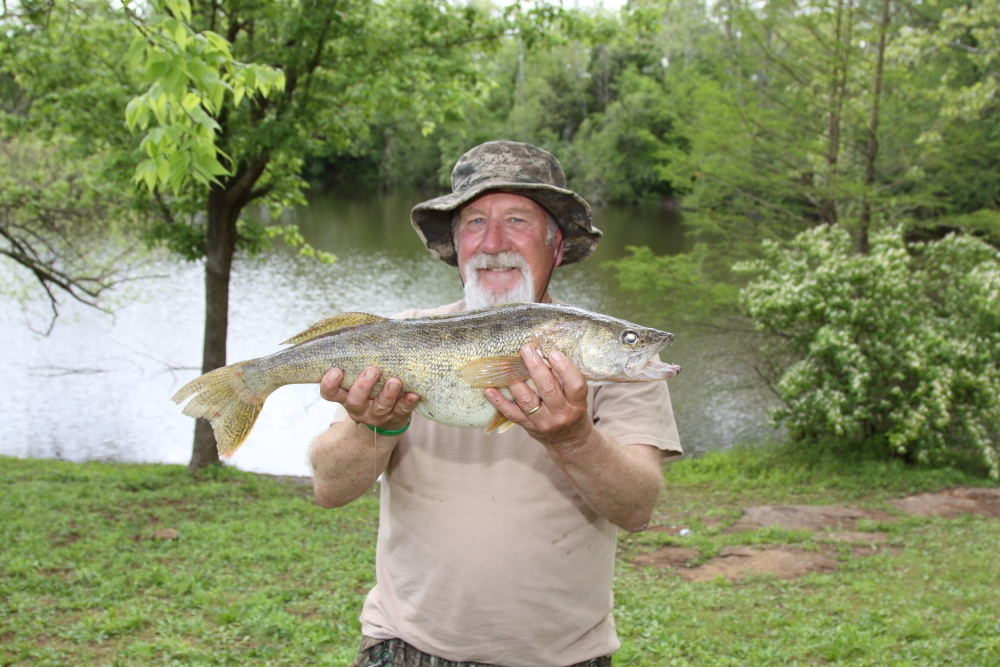 The new record saugeye was 26½ inches long with a girth of 14½ inches. It surpasses the old state record saugeye, a 6-pound, 9-ounce brute caught in the Ohio River in 1998 by Chuck Kouns.

Rhea was fishing the lake May 3 with Brody, his black Labrador retriever and favorite fishing partner, when something struck his silver minnow-shaped crankbait. He brought the fish to hand after a determined fight: a 6-pound, 13-ounce saugeye, the new Kentucky state record for the species.

“I’ve caught a lot of saugeye the last few years from Guist Creek Lake,” Rhea said. “I like to catch them, I like the way they fight and I love to eat them. They are a beautiful fish.”

Saugeye are a hybrid cross between a walleye and sauger. The Kentucky Department of Fish and Wildlife Resources began experimental stockings of saugeye in several small lakes in 2013.

Kentucky is home to a variety of species capable of reaching bragging size. Kentucky Fish and Wildlife publishes a yearly guide to the best fishing in the state through its Fishing Forecast. Anglers can find their own copy online at fw.ky.gov by searching under the keywords, “Fishing Forecast.”