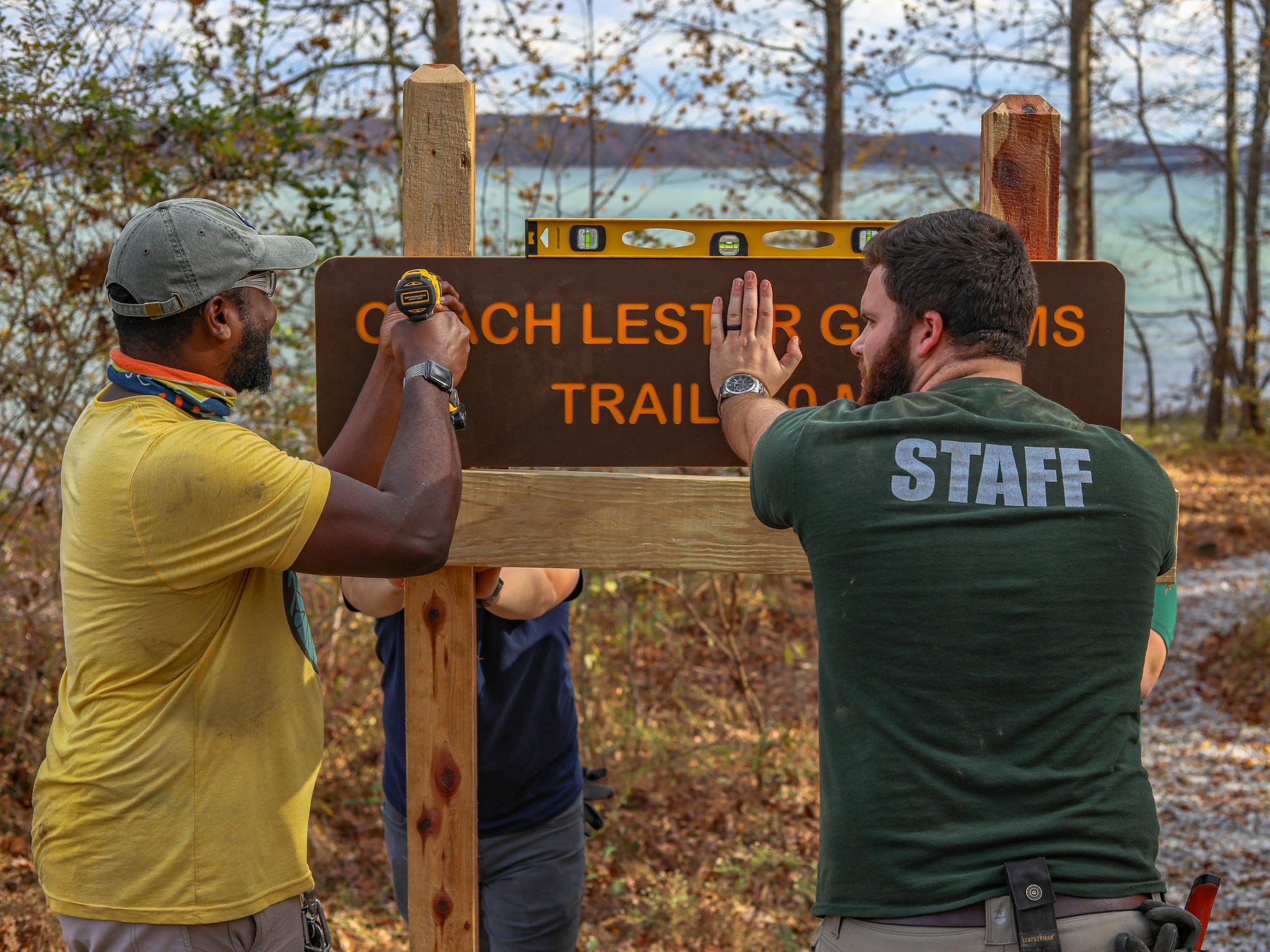 “We are honored to partner with the Friends of Cherokee Park and members of the Hardin community to officially connect Cherokee State Park to Kenlake State Resort Park,” said Parks Commissioner Russ Meyer. “The historical and cultural significance of Cherokee Park is truly worthy of recognition, and our team understands the importance of ensuring that the diversity of Kentucky’s history is reflected at our parks.”

Historic Cherokee State Park, located in Hardin, Kentucky, opened in 1951 as the only state park in Kentucky for African Americans and was part of Gov. Simeon Willis’s vision to develop a park for African Americans during a time when public accommodations were segregated. The establishment of a segregated park was controversial at the time with some praising the commonwealth’s willingness to provide “separate but equal” accommodations while others voiced concerns about the stigma of segregation.

During the Jim Crow era of segregation, Cherokee State Park was one of only six parks for African Americans in the United States. The park was considered the finest vacation destination for African Americans in the south and attracted visitors from surrounding states. Historic Cherokee Park covered 300 acres and featured a 200-seat dining hall, picnic areas, a bathhouse, docks for fishing and boating, and cottages for lodging.

“I am excited to see all these organizations working together to celebrate Cherokee Historical Park’s legacy,” said Dr. Nancy J. Dawson, vice president of the Friends of Cherokee State Historic Park. “It has been a journey and I urge people to look forward to upcoming programs in February.”