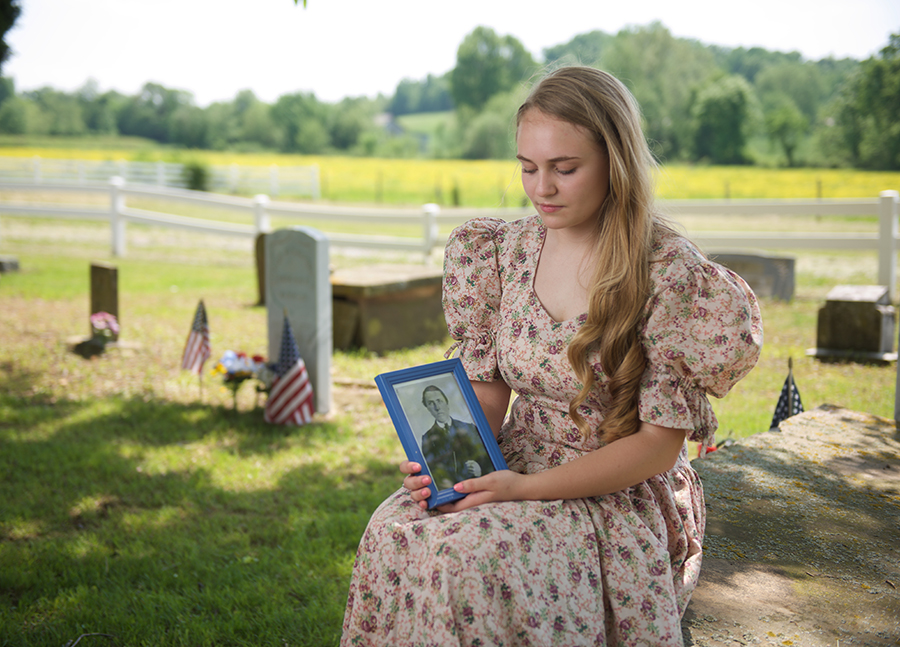 Kassidy Cobb’s early genealogical research, done apart from her schoolwork and well before her expanded efforts, focused on her family’s role in the Civil War.

Cobb’s interest in genealogy was featured along with other readers in the August 2018 Kentucky Living feature article “What’s Your Story?”

The young researcher went online, using Fold3, a website owned by Ancestry, which includes military records from as far back as the American Revolution.

Ultimately Cobb says she found seven fourth, fifth and sixth great-grandfathers and “a bunch of uncles and cousins” who served in the war. All but one of the grandfathers fought for the Union, and three fought at Shiloh.

As Cobb put together her family tree, she found that one great-grandfather, John Alexander Blaine, was a soldier with the U.S. Colored Troops (USCT). Cobb was fascinated.

“To me, it was really special,” she says. “Having an African American in my ancestry showed unity and how the country could forgive. Now I can look at each part of history, and it really relates to me.”