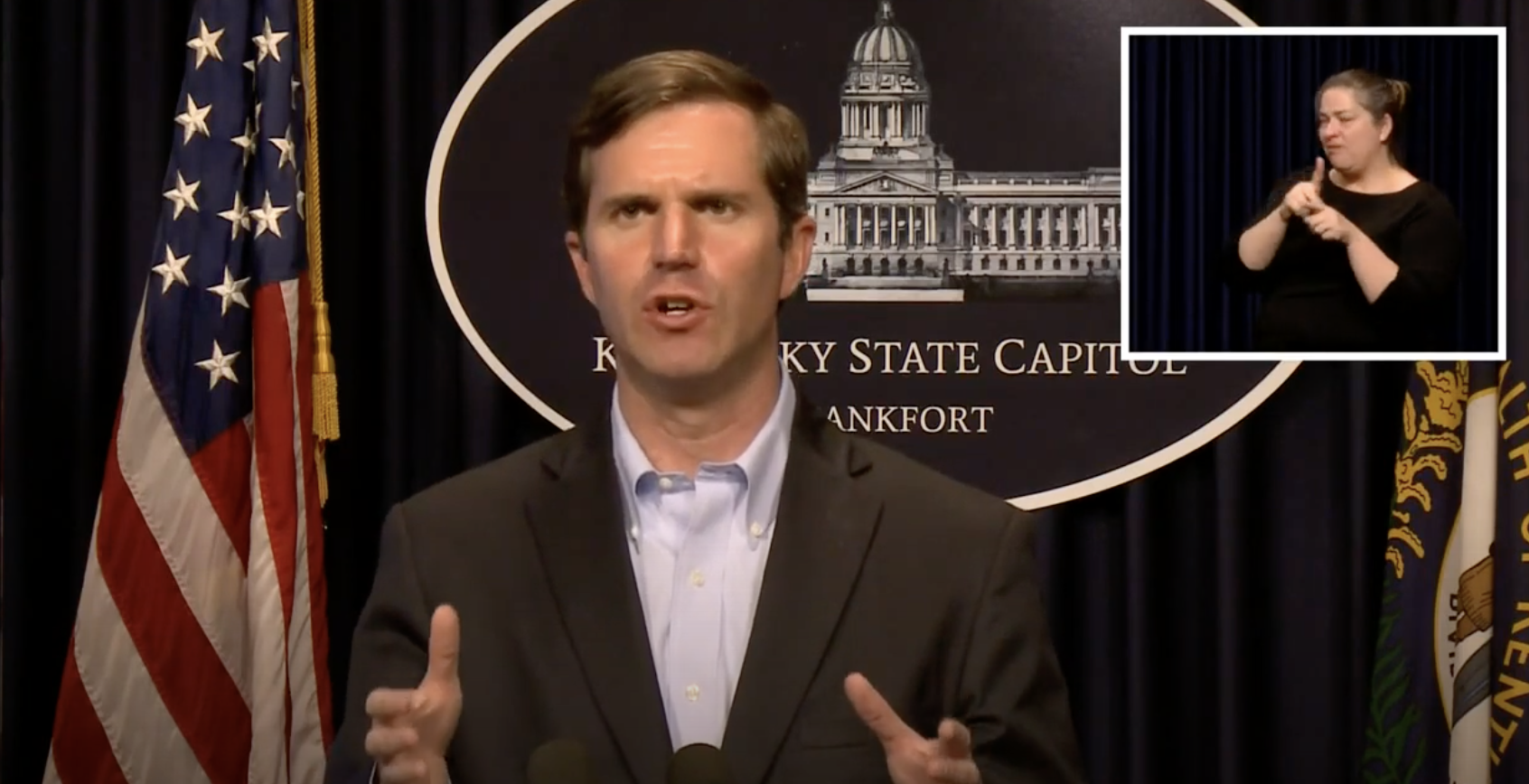 FRANKFORT, Ky. (April 22, 2020) – Gov. Andy Beshear announced Wednesday that the phased restart of Kentucky’s economy will begin next week, on Monday, with a segment of the health care services industry.

He said initially the easing of restrictions will allow for diagnostic and radiology testing, as well as non-urgent, emergent, in-person office and ambulatory visits.

“We are very close to coming to a consensus and an agreement in being able to put out guidelines for the gradual reopening of many of our hospital and health care services,” Gov. Beshear said. “We will be moving from this phase to others. Health care is a good and important place to start some of our reopening.”

“Whether it is shuttering a business temporarily, or if it’s that you’re not going to work right now because of what has happened with this virus,” he said. “Whether it is changes to your life, your children not going to school, we have shown that we can pass the test of sacrifice.”

The Governor said the phased health care services reopening is the first under the Healthy at Work initiative he introduced Tuesday to help businesses reopen safely when the time is right.

Gov. Beshear said a foundational basis for safely reopening the economy requires a massive scaling up of testing capacity in the commonwealth.

The Governor also said drive-through testing in the fight against the novel coronavirus 2019 (COVID-19) will be expanded with a significant focus on African-American communities.

“We have seen the disproportionate impact – especially in the death rate – of this virus and so the commitment we are making teaming with Louisville and Lexington is that we are going to run more tests in that week, with the capacity of 1,500 per week in each of those locations,” he said.

On Wednesday, he announced an expansion of the state’s pact with Kroger and other new partnerships to bring drive-through testing to communities throughout the commonwealth.

The new testing sites with Kroger will be located in Louisville, Lexington, Owensboro and Bowling Green. Kroger testing is open up to everyone who needs a test. Those seeking to obtain a test can get location and registration details at the KrogerHealth website.

“This announcement on increased testing is a really great step for us here in the City of Louisville,” said Louisville Mayor Greg Fischer. “We all want to open up our economy in small steps as soon as we can but it’s absolutely critical that we have the testing that will be our guide.”

Through a separate partnership with Walgreens, Gov. Beshear said the company would offer a drive-through testing option in Lexington, starting Friday. The location is 2296 Executive Drive. The site is open seven days a week, 9 a.m. to 5 p.m. ET. Visit walgreens.com/coronavirus for additional information on registering.

“We are so excited to have these two new testing opportunities in Lexington,” said Mayor Linda Mayor Gorton of Lexington. “Our city acted early and quickly to prepare for COVID-19, and the numbers show Lexington citizens have done a great job at following social distancing recommendations. I greatly appreciate everyone’s cooperation.”

“Now we want clinician judgment to be the primary guide and if patients have concerns that they should get tested,” said Dr. Stack. “But remember, I’ve urged every step of the way that you should seek a test in partnership with a clinician who can help you know if the test you’ve gotten is useful for your particular situation and what you should do with the information when you get it.

‘We really need the hospitals and others to start using this test capacity, particularly as we look to start reopening some medical facilities next week. We have to see these numbers go up,” Dr. Stack added.

“Given that we are doing more tests and how those numbers have gone up and down, we do believe from the total number of tests that we have plateaued,” the Governor said. “Nobody wants 196 new cases, but we are not seeing a day-over-day increase, and when we average it all out we’re not seeing a three-day-over-three-day increase, which we were seeing as early as about two weeks ago.”

“They are very special people that we have lost, whose families are hurting,” the Governor said.

The Governor highlighted the death of Stanley Lee Buckler of Lexington, whose daughter-in-law wrote a Facebook post after his death on April 21 from the coronavirus.

“To Stanley’s entire family, we are thinking about you,” the Governor said. “When you look around you tonight and see those green houses and places of business, you see the color of compassion and renewal, know that even though we can’t be with you physically, we are all with you.”

At least 1,311 people have recovered from COVID-19 in Kentucky.

“We want that number to keep going up each and every day,” Gov. Beshear said.

At least 564 have ever been in the ICU with at least 161 people currently in the ICU.