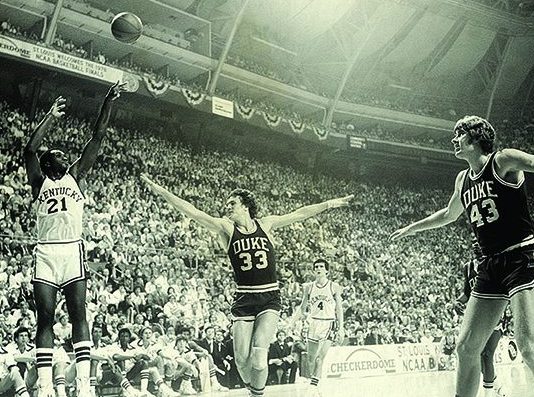 The Bluegrass State offers numerous reasons to make its residents proud, but any University of Kentucky sports fan will claim they all pale compared with the legacy of Wildcat basketball. Winning a national championship title reaches the pinnacle of fan adoration and is the reason many couches have met their flaming demise.

Author Doug Brunk gives fans a glimpse behind the scenes of a title win with Forty Minutes to Glory: Inside the Kentucky Wildcats’ 1978 Championship Season, (University Press of Kentucky, $19.95).

Brunk discusses reasons that both fans and players believe the 1978 team was a special one. The bond between the athletes was like family, and most of them still remain in contact with one another. The work ethic was fierce as the team decided at the beginning of the season that this was their year. Practices were often intensely physical on the court, but relationships remained intact afterward. Players understood the investment made in them through their scholarships and the then-new Wildcat Lodge.

Brunk takes the reader through the season as the drive for a title built momentum. Included are interesting tidbits such as Rick Robey burning through a pair of shoes in one practice, game stats and scores, coaching tactics and player reactions, and the increasing frenzy of the fans. Also featured are special chapters written by Coach Joe B. Hall, team member Jack Givens, and student managers Rob Bolton and Mike Murphy.

Sportscaster Tom Leach suggests in a foreword, “If you were along for that memorable ride, you’ll enjoy reliving the journey through the recollections of players, coaches and others associated with the team. And if you’re a UK fan of a younger age, then consider it a necessary history lesson about one of the greatest Kentucky teams ever.”

Coach John Calipari said about the book, “To read the details of…what Coach Hall meant to his players, of how that team came together, and what that team meant to this state was incredible.”

Brunk is an award-winning journalist who spent some of his childhood in Wilmore where his love for Kentucky basketball began. He currently lives in San Diego, California.—