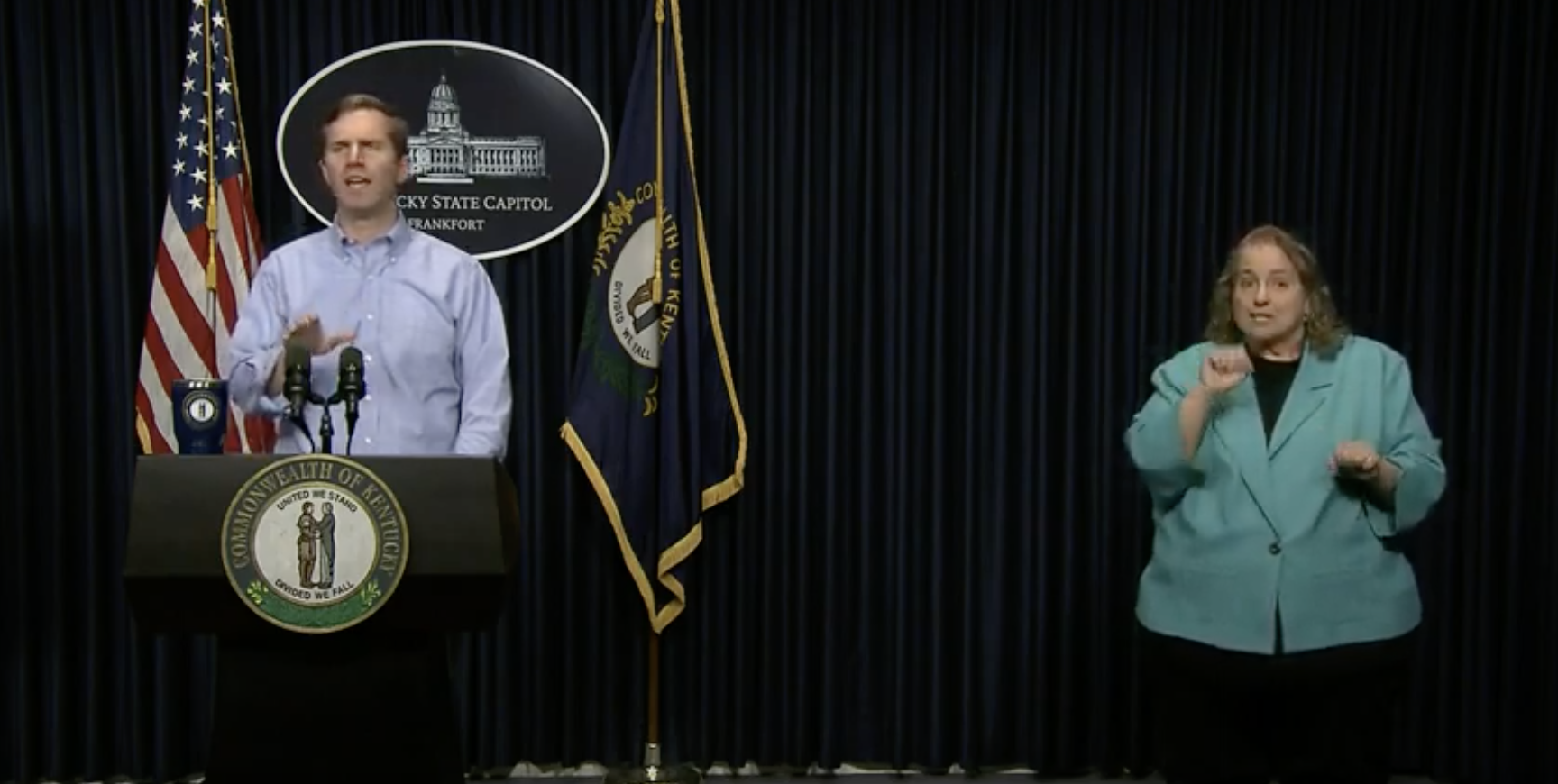 FRANKFORT, Ky. (April 3, 2020) – Gov. Andy Beshear on Friday said strict compliance with efforts to fight the novel coronavirus disease 2019 (COVID-19) has the potential to save the lives of thousands of Kentuckians.

With favorable weather forecast across the commonwealth this weekend, the Governor encouraged Kentuckians to keep up their guard and avoid crowds. He said following the guidelines of social distancing and staying healthy at home has the potential to save as many as 11,000 people.

“This is our challenge, this is our calling, this is our time. Other generations went to wars, went to other challenges with even more than this on the line,” the Governor said. “I know it is tough, but what is being asked of us is to follow rules and stay apart from each other.”

Gov. Beshear shared several coronavirus outbreak models, including those issued by the White House and the U.S. Centers for Disease Control and Prevention. All of the models, he said, show the greatest impact we can have rests with how we conduct ourselves personally and collectively.

“The weather is beautiful. I want you to get out and enjoy it, but only if you can do it without creating a crowd or joining a crowd,” the Governor said. “You know that your sacrifice is going to help other people and that is truly amazing. For every example of someone doing the wrong thing, we have hundreds of thousands of examples of people doing the right thing. Let’s continue to lift each other up.”

First, a new hotline (1-833-GIVE PPE) and website (giveppe.ky.gov) streamline the entire donation process. In addition, PPE donations now will be accepted at all 16 Kentucky State Police posts across the commonwealth and at Transportation Cabinet offices in Louisville and Lexington.

Currently, gloves used by medical professionals are the greatest need. “We believe this is the next area where there’s going to be another big run in the United States,” the Governor said.

No amount is too small. If you have any surplus equipment, please consider donating it to Team Kentucky.

Gov. Beshear gave an update on skilled nursing facilities in the commonwealth. The Office of Inspector General says there are six nursing homes with COVID-19 cases among residents and three with cases among staffers. Most non-emergency inspections are being put off to limit contacts, and officials are working to establish more COVID-19 isolated units at all the facilities.

Case information
As of 5 p.m. April 3, Gov. Beshear said there were at least 831 cases of COVID-19 in Kentucky, 90 of which were newly confirmed. There were six new deaths reported Friday, raising the state’s toll to 37 deaths related to the virus. The Governor said about 15,000 Kentuckians have been tested.

“Let’s remember that it’s real people. That it’s families. That when we announce 90 new cases, that it’s families that are worried about that person,” he said. “Everyone that we’ve lost, and those numbers will increase, are real, special, important people: children of God. And let’s make sure we don’t let this become just a numbers game.”

Gov. Beshear also shared some positive news, noting that so far the increases in positive cases in Kentucky has been less than many expected at this point.

“We are not escalating every day or every other day right now, although we will escalate,” Gov. Beshear said of the rate of increase in cases. “I believe that is directly attributable to the steps you are taking.”

He also announced that at least 228 people have fully recovered after being stricken with coronavirus.

“We believe it’s a lot more, but that’s what we can confirm right now,” the Governor said.

On Friday, Gov. Beshear also vetoed Senate Bill 2, saying the legislation appeared likely to reduce participation in the voting process. The Governor said the bill needlessly would threaten the health and safety of Kentuckians who would be required to obtain identification during the coronavirus pandemic.

Gov. Beshear also addressed a question from a reporter regarding farmers markets.

“Follow CDC guidelines at farmers markets. When people follow the rules, we can do this. If they create crowds, we cannot have them. If you are sick, you cannot go. If you touch something, you have to buy it,” the Governor said.

Read about other key updates from the week by visiting Gov. Beshear’s website, governor.ky.gov.