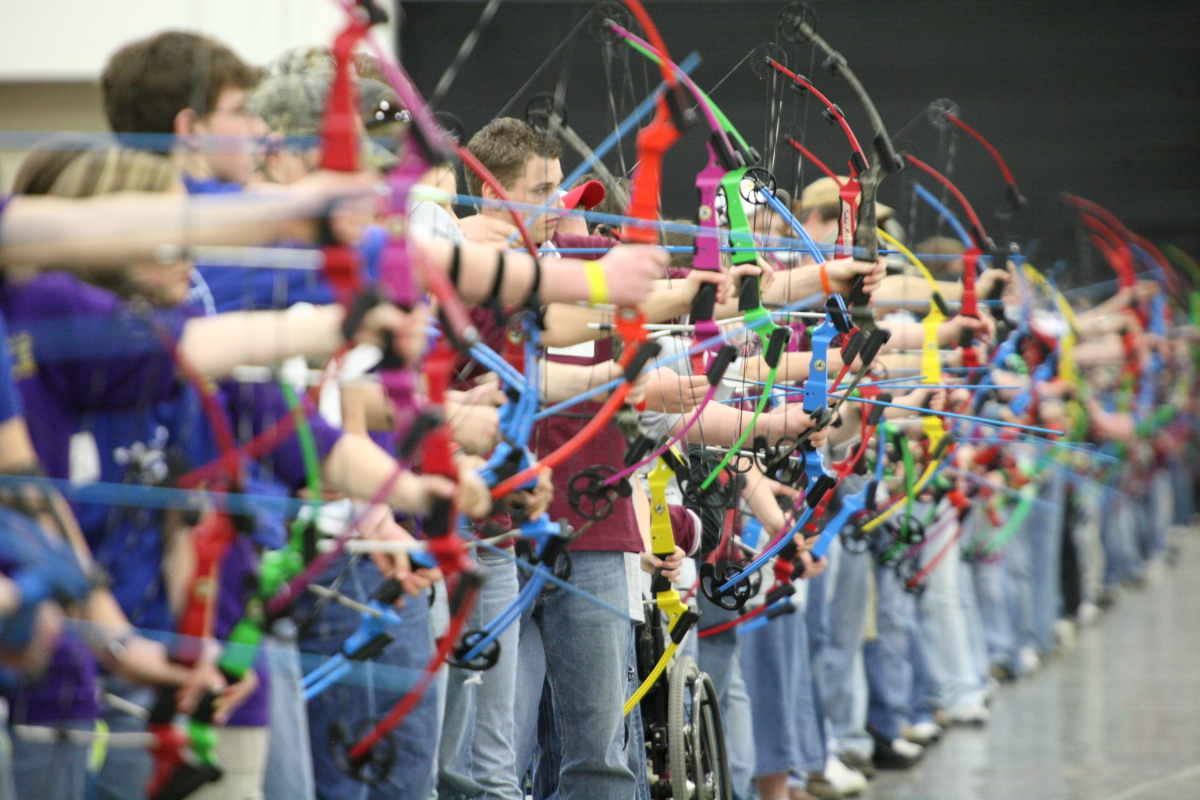 FRANKFORT (April 5, 2017)—Trigg County High School emerged from the largest field in the 16-year history of the National Archery in the Schools Program (NASP) Kentucky state tournament to win the team competition on April 1 at the Kentucky Exposition Center in Louisville.

The two-day event drew a record 6,071 students from 295 schools across the state.

“The tournament was awesome,” said Lisa Frye, state NASP coordinator for the Kentucky Department of Fish and Wildlife Resources. “Over 6,000 smiling faces participating in a culminating event showcasing the skills they learned as part of their in-school NASP program. For most archers, it isn’t about competition. It’s all about participating together in a common sport.”

Elementary, middle, and high school student archers competed for individual and team honors. After practice rounds, each competitor shot 15 arrows from 10 meters and 15 arrows from 15 meters for a total possible score of 300 points.

Trigg County’s overall team title was its fifth in the past six NASP Kentucky state tournaments. Madison Central High School and Lafayette High School finished second and third behind the Arrowcats in the high school division.

The top 10 seniors in the boys’ and girls’ divisions received $1,000 scholarships to apply to any post-secondary education.

Complete state tournament results are available online at nasptournaments.org. Click on “Tournaments” then select “Kentucky” and “Completed This Season” from the dropdown menus.

The next step for many of the archers who competed in the state tournament is the 2017 NASP Nationals scheduled May 11-13 at the Kentucky Exposition Center.