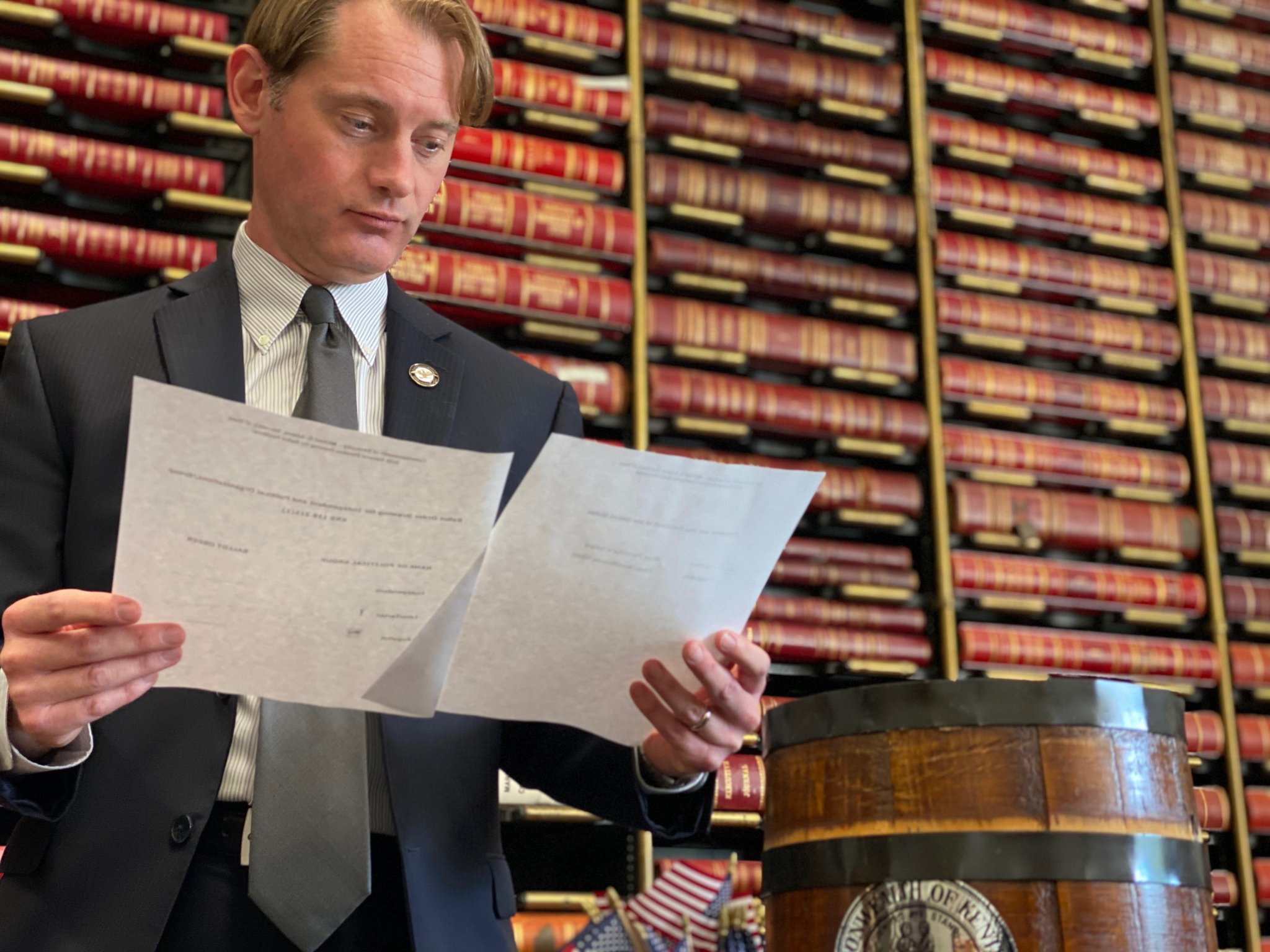 In the election office in the Kentucky Capitol, Secretary of State Michael Adams prepares for the drawing to determine the order of candidates on the general election ballot. Photo: Miranda Combs

Like most every other aspect of life in 2020, the general election on November 3 is adapting to COVID-19 safety concerns, and Kentucky’s electric cooperatives are partnering with Kentucky Secretary of State Michael Adams to help communicate those changes to voters.

The effort is an extension of the Co-ops Vote initiative, which aims to reverse a downward trend in rural voting. Compared with the previous national election cycle in 2012, about 85,000 more rural Kentucky voters went to the polls in in 2016.

“Co-ops Vote is nonpartisan,” says Chris Perry, president and CEO of Kentucky Electric Cooperatives. “We’re not advocating or endors-ing a particular party or candidate. We are simply reminding the consumer-members of local elec-tric cooperatives that elections are unique and powerful demonstrations of their priorities. If we want elected leaders to pay attention to our local concerns, we need to vote.”

Kentuckians can connect with elected leaders and stay informed on issues facing rural Kentucky on RuralPowerKY.com, a grassroots portal that links to Co-ops Vote resources.

“Our co-ops are so important—they have so much respect and credibility in the rural areas of our state, like where I grew up in McCracken County,” Adams says. “So, they’ll be great partners for me and I’m very grateful for that.”

On November 3, Kentucky voters will cast ballots for president, U.S. Senate, all six of the Commonwealth’s U.S. House seats, all 100 Kentucky state representative seats and half of Kentucky’s state senators, in addition to local races.

To accommodate safety concerns, Adams reached an agreement with Gov. Andy Beshear on how to conduct the November election.

Major Parts of the Plan:

“We kept the best of what worked in the June primary—especially giving voters options to safely cast their votes—and we built on that record with improvements,” Adams says. “That includes more in-person voting locations, and faster election results.”

Adams says Kentucky’s voter registration portal successfully served Kentucky primary voters in June and it will be used again, linking to Kentucky’s driver’s license database. Any county that plans to reduce election day voting locations will need the approval of the governor and secre-tary of state.

All counties will count and report all votes received, including absentee votes, on election night, Adams adds.

“This has been an intense year, and people can respond to that in several ways,” Perry says, “During challenging times, it might seem like casting a single ballot doesn’t make that much of a difference. But nothing could be further from the truth. No matter how you vote in 2020, know that it’s the most effective way to stand up for your local community.”

More information can be found here.