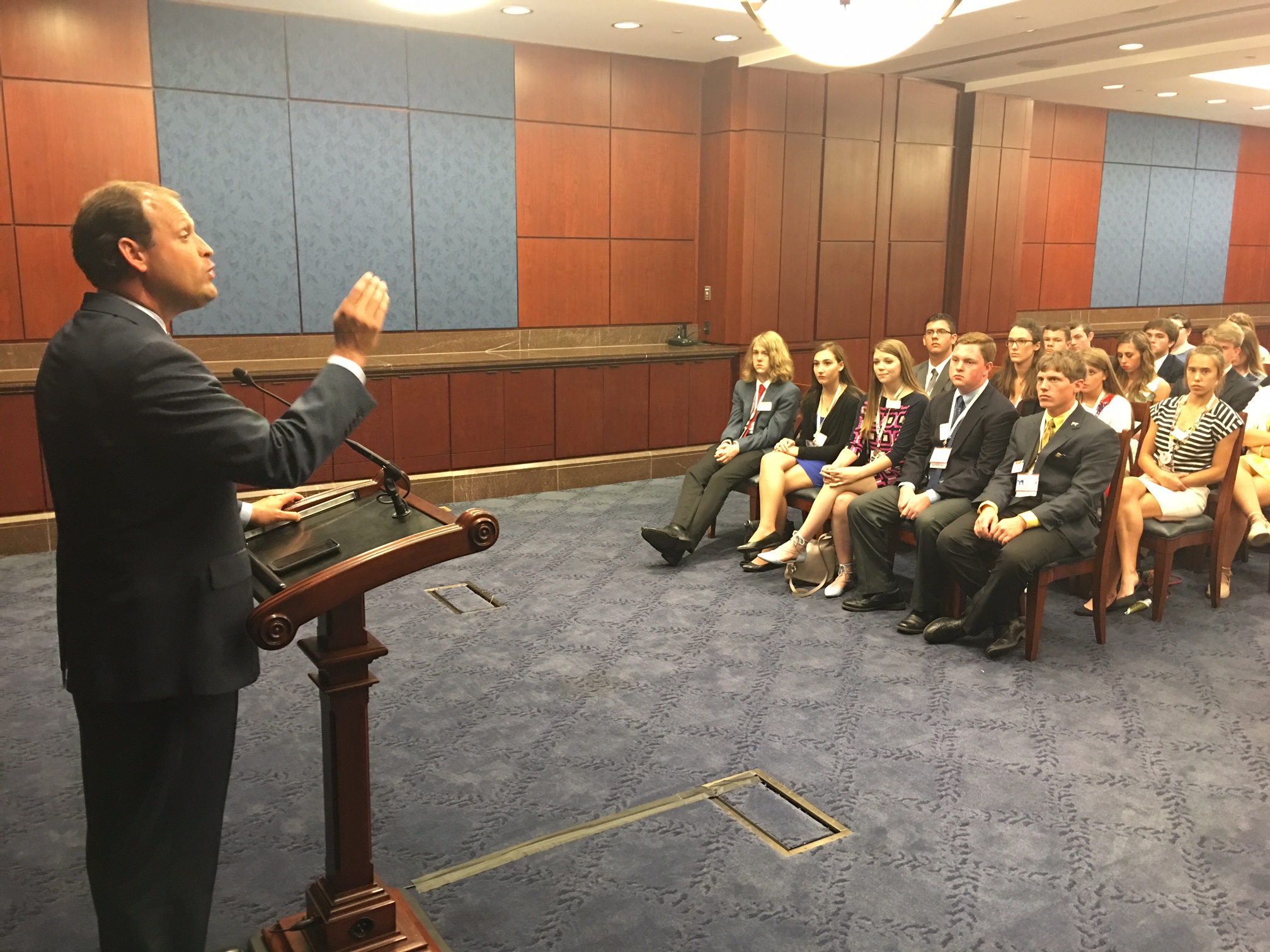 Washington DC – Members of the Kentucky Association of Electric’s Washington Youth Tour received a briefing Wednesday from Kentucky Congressman Andy Barr (R, KY-06) regarding the shooting that occurred this morning while several members of the Republican Party were practicing for the annual Congressional Baseball Game.

Barr was one of the elected officials the group of 83 high school students was scheduled to meet with today. However, the events made the meeting even more meaningful.

“Today has been a very sad and difficult day…we are a family…this country is very divided and polarized…our thoughts and prayers go out to my good friend Steve Scalise, who was a victim on the baseball field,” Barr said.  “As Speaker Paul Ryan said…an attack on one of us is an attack on all of us. If it wasn’t for the heroic actions of the Capitol Hill police, there would have been dozens of my colleagues and staff who would have been killed.”

Watch the video of the address here:

More videos will be posted as the afternoon progresses. Keep updated on the Kentucky Living Facebook page.

Organized by the Kentucky Association of Electric Cooperatives, the tour is part of the national Electric Cooperative Youth Tour that has brought high school students to Washington, D.C. for a week in June every year since the late 1950s. Students apply and are selected for this program by their local electric cooperative. We believe that students should see their nation’s capital up close, learn about the political process and interact with their elected officials.

Students gain a personal understanding of American history and their role as a citizen by meeting their Representative and Senators. Kentucky’s youth delegation joins 1,500 students from across the country on Youth Day, where they get to meet each other and hear featured speakers who provide insight to the important roles electric cooperatives play in their communities.

Nearly 50,000 students from rural areas and small towns across America have participated in this program.