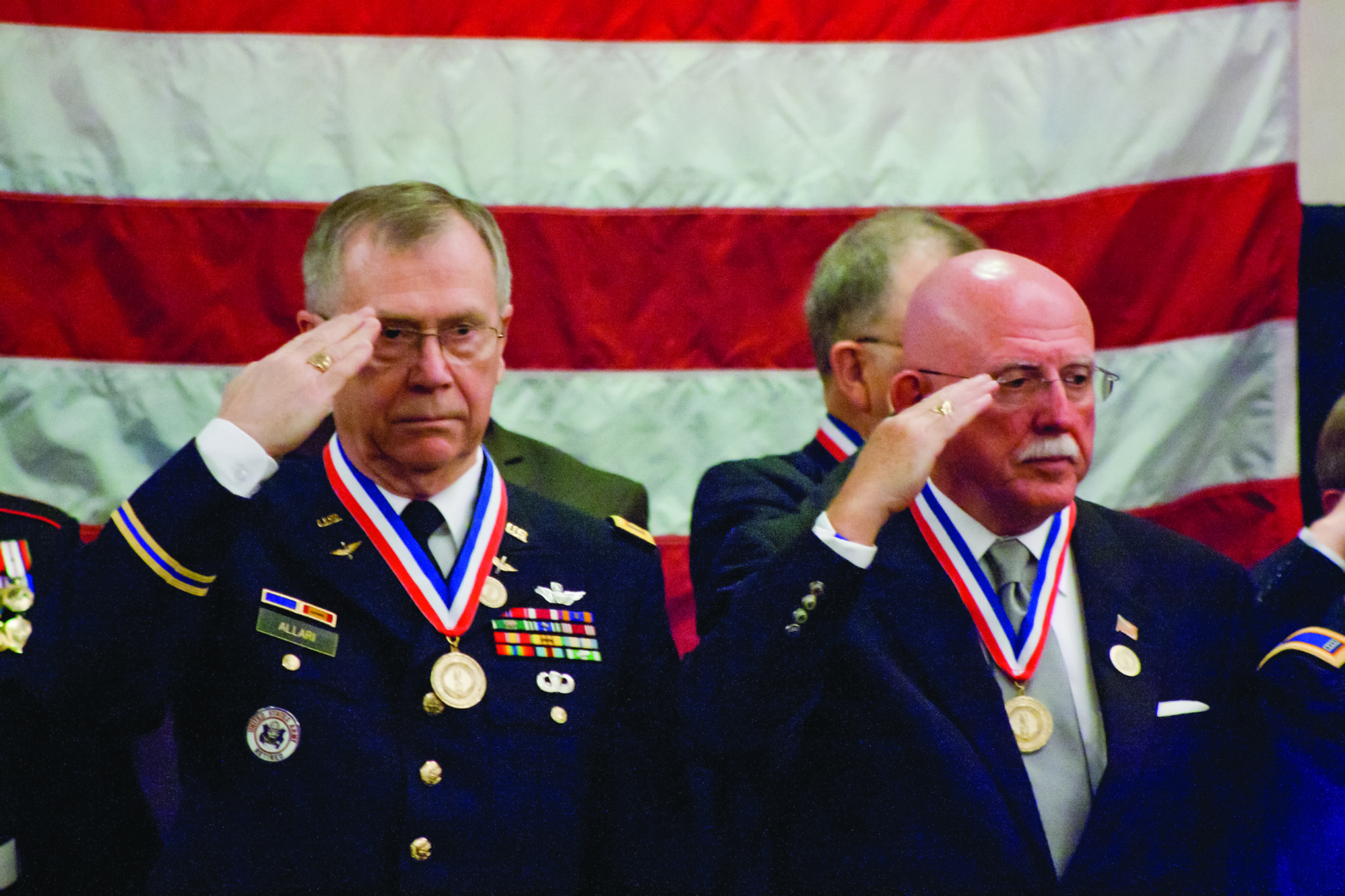 Ronald Allari enlisted in the United States Army in 1965, and it wasn’t long before he distinguished himself.

During his 21 years in the military, Allari piloted both fixed-wing aircraft and helicopters. He was in the Special Forces, became a commissioned officer, reaching the rank of major. He commanded both aviation and engineer units during tours of duty in Vietnam, Saudi Arabia, and the United States. Allari earned the Meritorious Service Medal, the Bronze Star, six Air Medals for combat missions, the Vietnam Service Medal, and numerous Army Commendation medals and ribbons.

And like so many Kentucky veterans, Allari’s service to his country and community didn’t end there. After the military, Allari became a pilot for Comair, the Delta Connection, based in Cincinnati near his home in Alexandria.

After retiring from Comair, Allari established and now administers a Veterans Service Office in Alexandria to provide northern Kentucky veterans and their families free assistance to help them receive the benefits they have earned.

“I really enjoy being able to see veterans get the benefits they deserve have a better quality of life,” Allari says. “I particularly enjoy helping the widows. Many do not have adequate income, and it is a great joy to see them have their claim approved.”

As exemplary as his service is, Allari is actually just one of many Kentucky veterans who have distinguished themselves in both civilian and military life. This year, 27 veterans—including four living Medal of Honor recipients—were recognized for their community service during the first-ever ceremony conducted by the Kentucky Veterans Hall of Fame.

“We can’t do enough to recognize veterans, particularly those who have gone on after their military service to do something extraordinary,” says Gary Griesser, one of the driving forces behind the Veterans Hall of Fame. “When H.B. (Deatherage) found out other states were doing this, he wasn’t going to be satisfied until Kentucky had a program in place.” Kentucky is only the sixth state to recognize its veterans for their post-military service and accomplishments.

Accordingly, among the honorees was H.B. Deatherage, the primary founder of the Kentucky Veterans Hall of Fame. Deatherage worked for two years to see his vision fulfilled. He was recognized for his “unwavering and tireless sacrifices to veterans of the Commonwealth of Kentucky” with the first of what will become an annual award known as the H.B. Deatherage Veterans Superior Achievement Award.

Congratulations to these first-time inductees:

Nominate a veteran
The Kentucky Veterans Hall of Fame Class of 2015 is seeking nominations; the next induction ceremony is set for September 25-26, 2015, at the Frankfort Convention Center in Frankfort. If you know a veteran who should be recognized for his or her service beyond the military, download the nomination form at www.kyveterans.org, or write to Kentucky Veterans Hall of Fame, P.O. Box 1446, Florence, KY 41042, or call (859) 512-2247 to request a form. Nominations for 2015 must be received by May 1, 2015.

Veterans: Need a college scholarship?
The Kentucky Community and Technical College System offers extensive information and assistance for veterans interested in furthering their education.  Each KCTCS college coordinates federal and state education benefit programs for veterans and eligible dependents through Veterans Services. They will assist you with your application for benefits and certify your enrollment to the U.S. Department of Veterans Affairs Regional Processing Office. For more info, go to www.kctcs.edu, click on “Students” top left, then on “Information for Veterans” and “College Veterans Contacts” on left side.