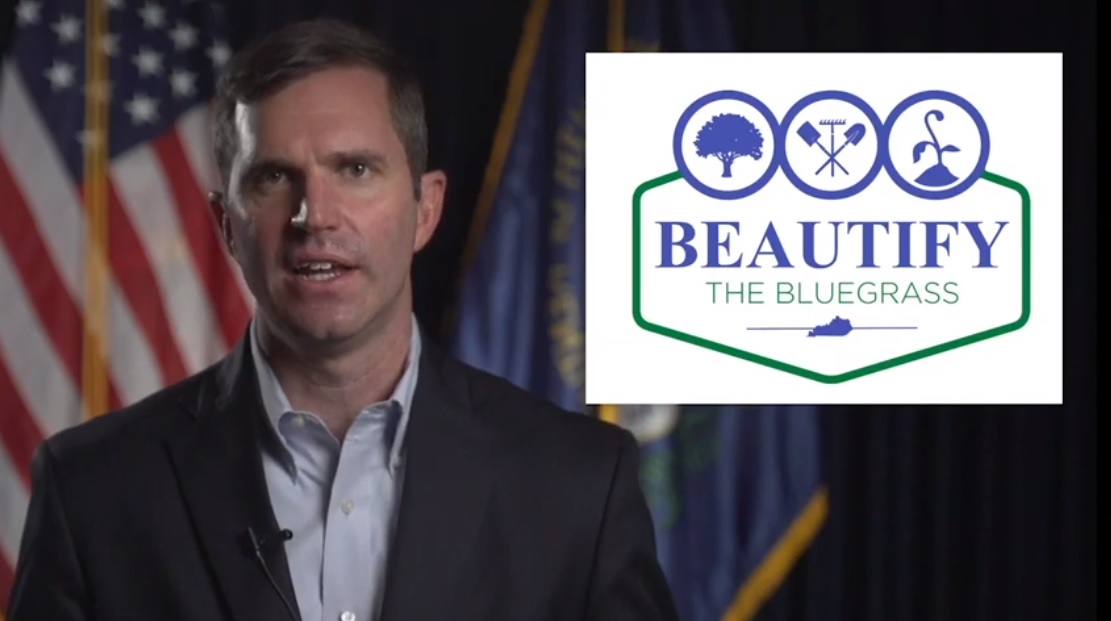 For a fourth consecutive year, Kentucky Living partnered with the Kentucky governor’s office to encourage and recognize homegrown beautification projects across the commonwealth through Beautify the Bluegrass.

“Congratulations and a sincere ‘thank you’ to every Kentuckian who participated in Beautify the Bluegrass,” says Gov. Andy Beshear. “We are so grateful to all of these Kentuckians who came together to better their communities, while taking the necessary precautions to prevent the spread of Coronavirus. Whether by innovating their business approaches or taking it upon themselves to clean up litter around their hometowns, each person and group featured today knows what it means to be a good neighbor. That’s the spirit of Team Kentucky at work.”

“Because this initiative echoes the community commitment of local electric co-ops all across Kentucky, we are so pleased to deploy our flagship publication, Kentucky Living, in partnership with Gov. Beshear, to promote Beautify the Bluegrass,” says Chris Perry, president of Kentucky Electric Cooperatives.

During Kentucky Living’s Best in Kentucky virtual awards show on August 27, Gov. Beshear announced the winners of the 2020 Beautify the Bluegrass. To reflect safety concerns during the COVID-19 pandemic, Beshear and Kentucky Living encouraged simpler projects which could be accomplished while practicing social distancing.

Led by Kammy and Wyatt Ostrander

Though they planned for this project last summer, when COVID-19 hit, Kammy and Wyatt Ostrander had to put their original plans for a community-wide waterway cleanup project on hold. As some restrictions were loosened in June, however, they reorganized the event “social-distancing” style…and together with their community, removed nearly 60 tires and more than 1,500 pounds of garbage from their waterways.

“This was an incredible, innovative and safe community-wide effort to beautify their hometown,” Beshear says, “and it is an honor to recognize them for those efforts.”

In a public vote from July 29 to August 5 on KentuckyLiving.com, Kentuckians chose the Doughboy Beautification project in Liberty, KY as the winner of the 2020 Beautify the Bluegrass Commonwealth’s Award, also referred to as the “people’s choice” award.

The World War I memorial is an iconic image of Liberty, Kentucky. For four months, donors and volunteers came together to beautify and improve the historic Doughboy statue and surrounding areas in front of the Casey County Courthouse. By adding benches, planting new flowers, painting and a lot of TLC, the people of Casey County gave new life to this landmark.

“They’ve shown a lot of pride in their hometown and we look forward to seeing what other projects they will tackle in their future,” Beshear says.

Electric cooperatives across Kentucky accomplished a variety of homegrown beautification projects, from cleaning up litter along the highway to sprucing up public parks and grounds.

Co-op employees at Cumberland Valley Electric in Gray added a flower bed for co-op members to enjoy as they visit the cooperative’s drive-thru window. Co-op staff planted dozens of geraniums in several colors.

“Geraniums are symbolic of class and dignity and are often used to decorate on Memorial Day,” says Rich Prewitt, the co-op’s economic development and marketing director. “A little appreciation to Governor Beshear and certainly an everyday reminder of all the people who have suffered through this pandemic.”