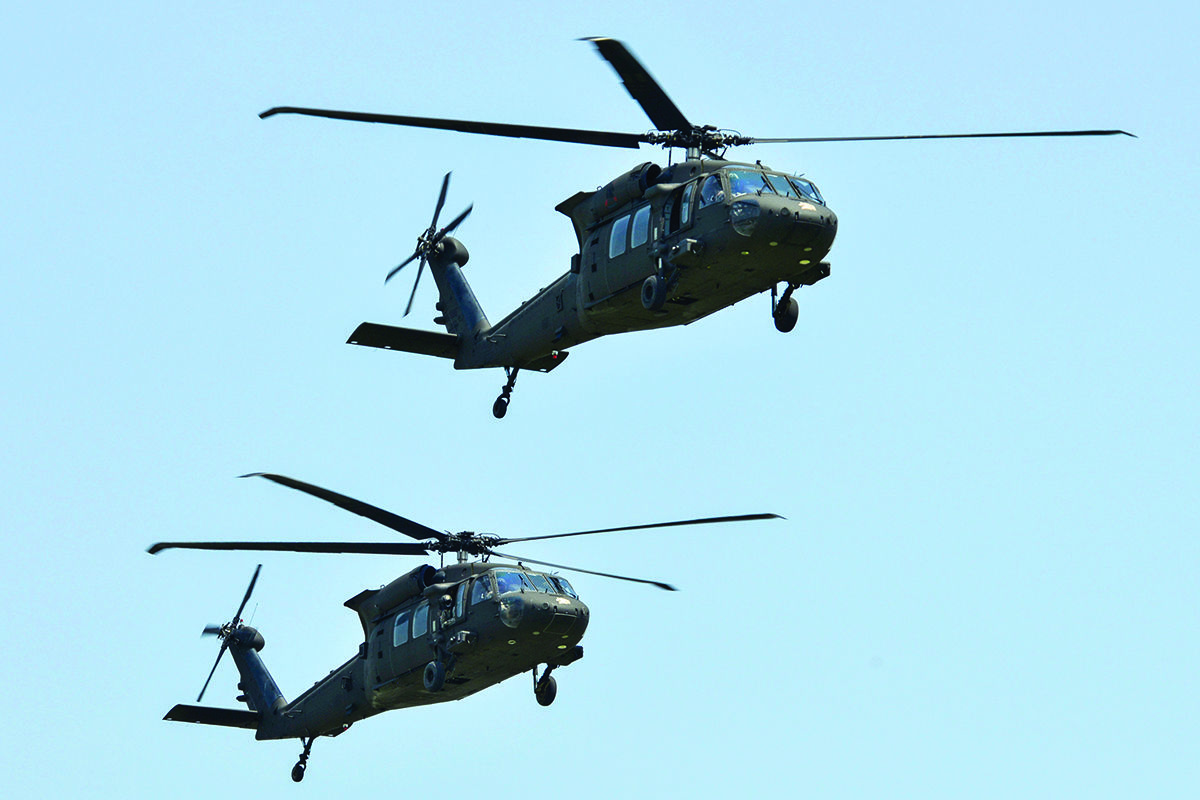 Two U.S. Army UH-60 Black Hawk helicopters assigned to the 101st Airborne Division fly over the parade field during a pass and review ceremony at Fort Campbell. Solar panels scheduled to be installed at the base will lower energy costs so the military will be able to direct more of their funds to vital operations. Photo: Sam Shore/U.S. Army


During demonstrations hosted by the state fire marshal’s office, the students see how quickly fire can spread through a mock dorm room. West Kentucky Co-op employees point out the fire hazards of overloaded outlets and extension cords, the energy costs of electronics, and much more.

“We participate to educate and to save lives,” says David E. Smart, president and CEO of West Kentucky Rural Electric Co-op. “Understanding the complexity of electricity, the danger of electricity, and the efficient use of electricity is critical at every age.”


Pennyrile Electric is preparing what will become Kentucky’s largest solar power installation when completed later this year. The cooperative is collaborating with the Kentucky Energy and Environment Cabinet and the U.S. Department of Energy to develop a 5-megawatt photovoltaic solar panel system at Fort Campbell. More than 16,000 solar modules will spread across 20 acres at Fort Campbell, which will ultimately own the system. It’s expected to generate enough energy to power 463 homes.

“Since 2005, we have partnered with Fort Campbell to enhance their efficiency and reduce their environmental impact through projects like this,” says Brent Gilkey, vice president of Member Services at Pennyrile Electric. “We are one of the first cooperatives to do this and we have aggressively tried to meet Fort Campbell’s needs as they have brought them to us.”


Thanks to Licking Valley Rural Electric Cooperative, the Lexington Philharmonic will be back in all the area schools in the cooperative’s service district. This time students will enjoy a “petting zoo” where they can touch and play with instruments used in the orchestra.[gap size=”12.313em”]
Debra Gibson Isaacs from April 2015 Issue