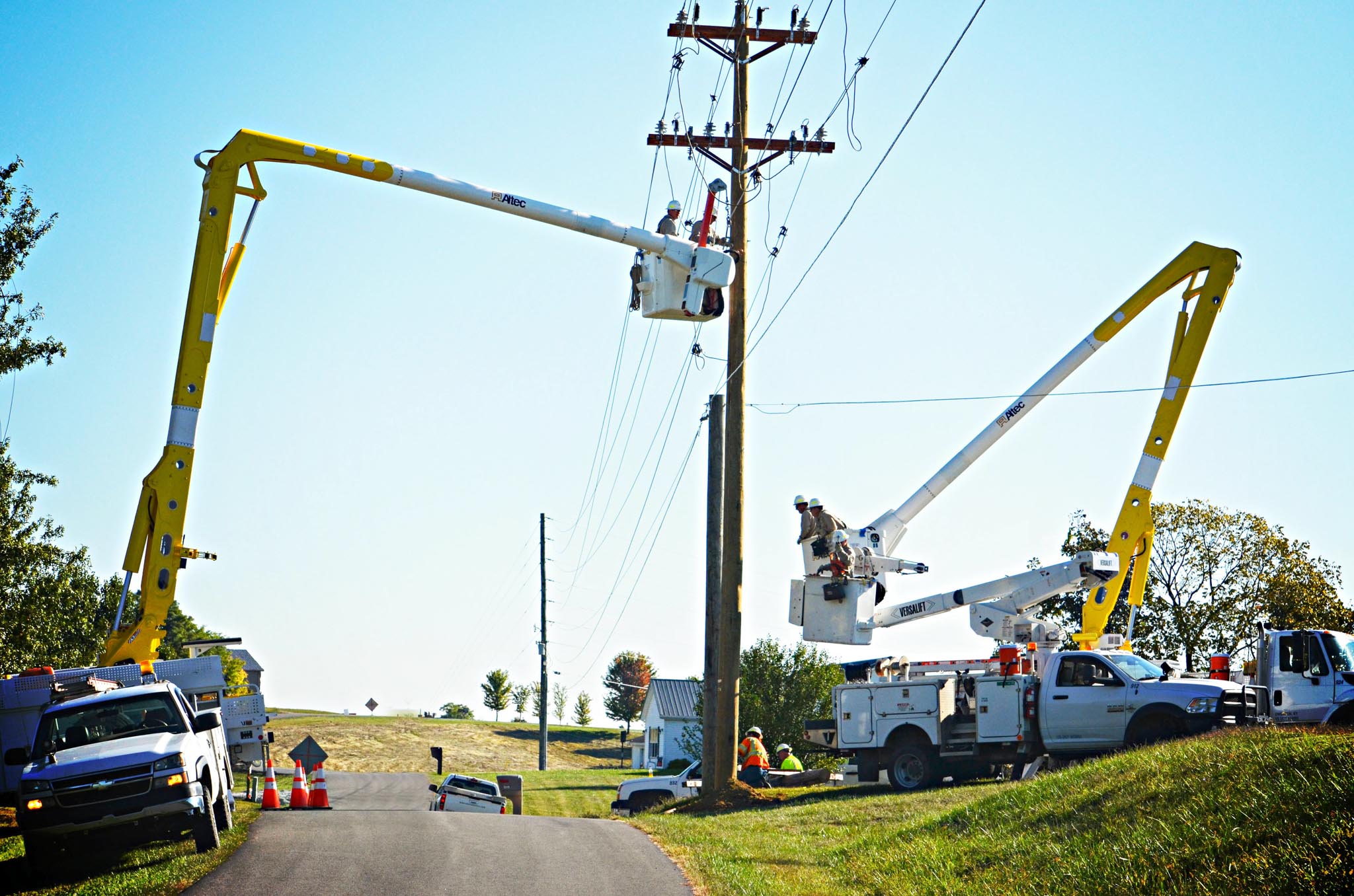 When schoolchildren learn about electricity, the lesson often focuses on how energy is generated, showing the transformers and wires that ultimately connect power to their homes and schools. It can be easy to overlook one of the most vital components of safe electric service: the utility pole.

Electric utility poles are most everywhere people live and work, so it may seem like they are natural growths, like trees that miraculously sprouted at just the right distance and height for Kentucky’s electric cooperatives to string 100,000 miles of power lines. In reality, co-ops built their pole system and they regularly inspect, maintain and, when necessary, replace poles to keep electric service safe and reliable.

Because co-ops operate in areas with terrain and distances that can be difficult to serve, they proactively manage vegetation and change poles under optimal conditions rather than waiting for a natural disaster. These electric service maintenance costs are built into each co-op consumer-member’s bill.

The electric utility pole network also is used by cable, telephone and broadband companies, relieving them of the burden of having to build, maintain and expand their own systems. Before a telecommunications company can make a “pole attachment” to an electric utility pole, the co-op first must ensure that the pole is structurally sound for all intended uses and meets electric reliability and safety standards, including those that apply to adverse conditions, such as ice storms.

Given the inherent dangers of electricity, the line technicians who work on these poles are specially trained and equipped. If an electric utility pole is sufficient to provide electric service but needs to be replaced to accommodate a new pole attachment, the telecommunications company is required to pay for the “make-ready” cost. However, a recent telecommunications campaign is arguing that electric utilities should subsidize the costs of these pole attachments, ultimately impacting the rates that co-op members pay for electric service.

The rates and procedures for a telecommunications company to attach its equipment to a co-op pole are set by mutually agreed upon contracts. Attachment rates for cable TV providers are part of filed tariffs regulated by the Kentucky Public Service Commission (PSC) and are some of the lowest in the nation. Over the past several months, the Kentucky PSC has been reviewing regulations governing pole attachments. Kentucky Electric Cooperatives, the statewide co-op association, is involved in these proceedings.

“Co-ops support discussions by the Public Service Commission about how to effectively and fairly regulate pole attachments,” says Chris Perry, president and CEO of Kentucky Electric Cooperatives. “Kentucky co-ops are proud of their solid infrastructure and affordable costs, and welcome communications providers, as we always have, to attach to co-op systems and serve our members.”