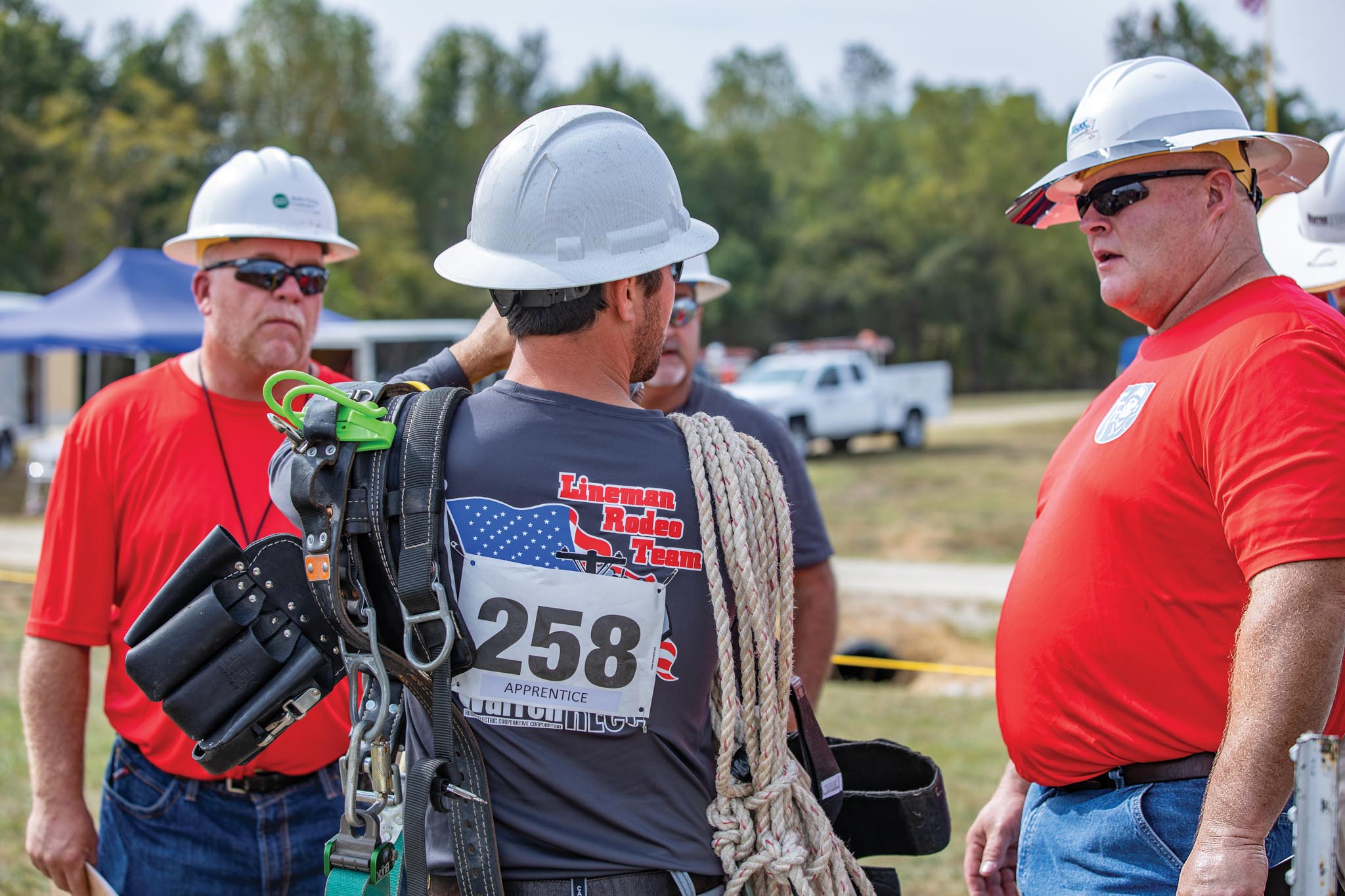 IN HIS 30TH YEAR WORKING either as an electrical lineworker or supporting the safety of lineworkers, Randy Meredith has been named director of safety and training at Kentucky Electric Cooperatives, the statewide association supporting the 26 electric co-ops in the commonwealth.

Meredith is one of three safety and loss prevention instructors who lead training programs to comply with numerous federal, state and local laws, codes and regulations. Alongside Charlie Lewis and Tony Dempsey, Meredith administers the Rural Electric Safety Achievement Program that embraces safety as a core value achieved through a strong safety leadership culture. Additional responsibilities include accident investigations, crew audits and mutual aid storm coordination for the cooperatives.

“My desire is that our safety and loss prevention department becomes best in class,” Meredith says. “Kentucky co-ops are committed to safety, and we pledge excellence in training, preparedness and expertise.”

Meredith began his co-op career in 1992 as a lineworker at Warren RECC, where he later became operations supervisor during his 16 years at the co-op. After four years in a supervisory role with the Davis H. Elliot company, Meredith returned to the cooperative family, working first in safety and compliance at Nolin RECC and then as superintendent of line design. In August 2019, he joined the statewide association staff.

“Randy’s entire career has demonstrated a commitment to safety and the well-being of co-op crews and co-op members,” says Chris Perry, president and CEO of Kentucky Electric Cooperatives. “His dedication to safety goals and innovative approach to effectively communicating safety lessons is an asset to Kentucky’s electric cooperative program.”

Meredith comes from a family of lineworkers. Among his many relatives who have climbed poles and strung wires is his father, who worked as an electrical contractor. Meredith’s passion for safety, however, is rooted in tragedy. His uncle, J.O. Meredith, was killed on the job in 1977.

“I have seen the hole that it leaves in the families of fallen linemen,” Meredith says. “My goal is to bring a level of training that promotes an awareness of safety that gets everybody home safe.”

Meredith lives in Bee Spring with his wife, Javonica. They have three grown children and three grandchildren.

One way the statewide association affirms the importance of safe electricity is by celebrating co-ops with sustained safety records.

Thirteen member co-ops report no lost-time accidents in 2020 and are being recognized for outstanding achievements in workplace safety.

In several cases, the no lost-time streak extends more than five years, such as at Pennyrile Electric, which has compiled at least 1,070,554 man-hours since the last lost-time accident in 2016. Another co-op operation with more than 1 million man-hours without such an accident is East Kentucky Power Cooperative’s (EKPC) Cooper Power Station near Somerset.

“Certainly, the most important consequence of these excellent safety records is the health of the co-op crews,” Perry says. “But a stellar safety culture also means a more productive workforce, lower workers’ compensation costs and savings for co-op members.”

Watch safety videos, such as the one below by Director of Safety and Training Randy Meredith, and other videos by safety and loss prevention instructors Charlie Lewis and Tony Dempsey on the Kentucky Electric Cooperatives YouTube page.