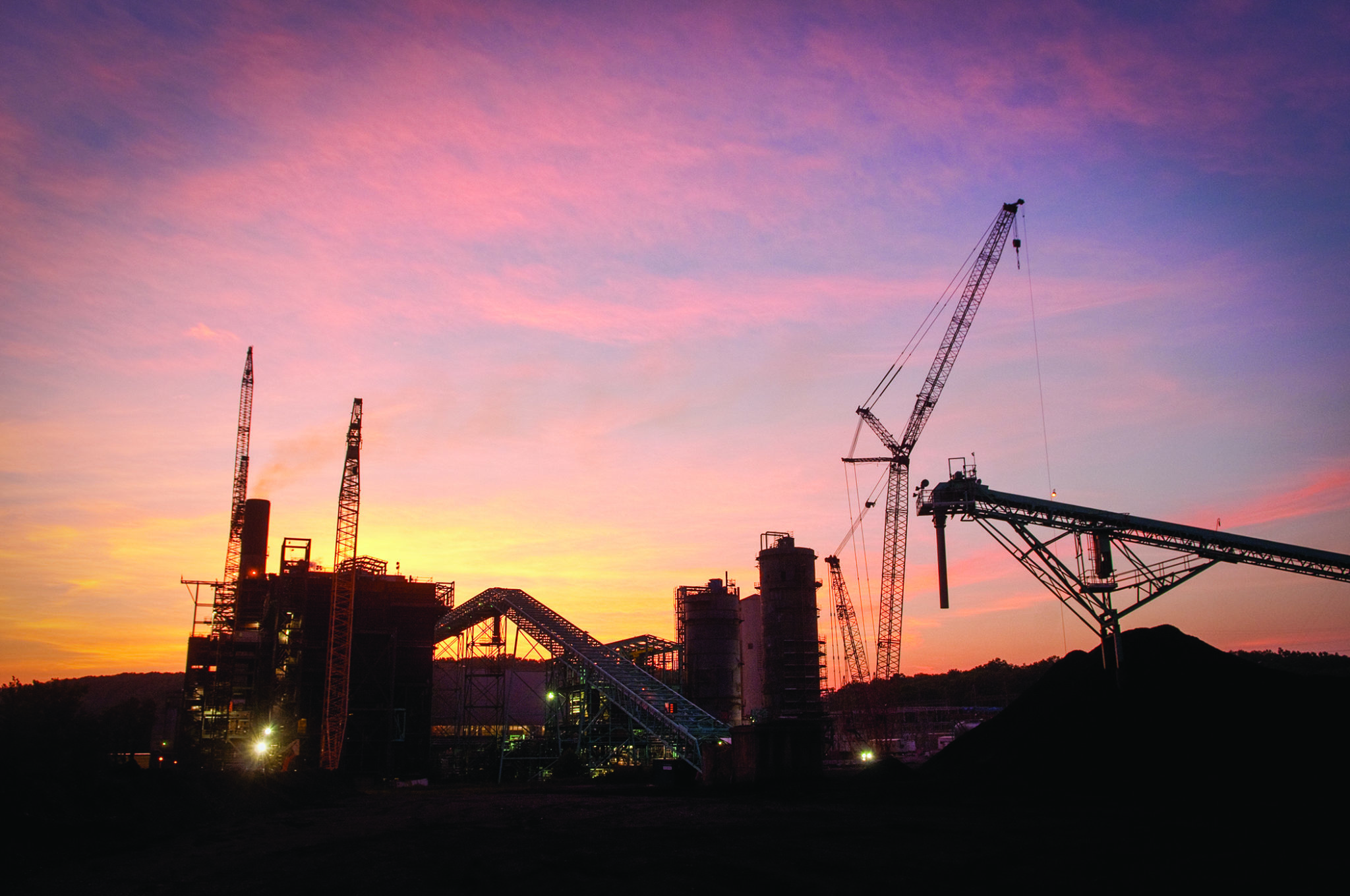 Electric co-op leaders need to make a decisions decades in advance for the huge and complex process of building generation capacity. From 2011, this picture shows construction work to retrofit the East Kentucky Power Cooperative Cooper plant at Burnside. Photo: EKPC

Signing up for a five-year car loan might seem like a really long time. But think about electric co-op managers who have to make financial commitments that will last for 40 years.

Building something that will produce reliable electricity for decades—and keep on performing far beyond the lifetimes of the people making the decisions—is a long, step-by-step process. Among the early steps is finding an appropriate site, choosing a fuel, engineering the design, obtaining permits—and that’s before the first shovel of dirt. It takes even more time to build the structure and install all the equipment. That’s been true since the earliest days of rural electrification, and electric cooperatives are very comfortable with taking the long view.

But ever since the Clean Air Act of 1970 went into effect, a steady stream of environmental laws has added new layers of complications to the already lengthy construction process. The latest proposals from the federal Environmental Protection Agency include a fast-track timetable that is in direct conflict with the long-term viewpoint that utility company managers have used so successfully through the decades.

Tony Campbell, president and CEO of East Kentucky Power Cooperative, which generates and transmits electricity to 16 distribution co-ops in 87 counties, says, “We are being inundated with new regulations faster than ever before in the history of electric utility industry.”

Campbell says, “Right now, we’re fighting two battles. The first battle is figuring out how to manage our power plants while complying with environmental regulations. We might need to modify them with new equipment to extend their useful life to match their original planned financial life. The second battle is choosing the next resources and fuels we will need to be able to meet increasing demand for electricity during the next 40 years, and to replace existing plants as they reach the ends of their lives.”

Long-term plans when the road ahead keeps changing
Bob Berry, president and CEO at Big Rivers Electric Corporation, the cooperative that generates and transmits electricity to three distribution cooperatives in 22 counties in western Kentucky, talks about the utility decision-making process:

The interesting thing about a power plant is that the life of a power plant is as long as you want to keep putting money into it. You can add this, change that, keep doing the maintenance, and so forth—but it’s like your car. There comes a time when you say “enough!” You’ve reached a point where you have to invest so much money in it with modifications and maintenance, it’s no longer a valuable asset. So you take it out of the mix.

In order to meet existing environmental rules, over the last four years Big Rivers has improved the efficiency of the control equipment we already have in place. We have also converted a combustion turbine to natural gas, and we are in the process of converting another peaking unit from coal to natural gas.

Looking forward, figuring out the next batch of rules will be difficult. Several years ago, when the Environmental Protection Agency first proposed new regulations for mercury, we thought we knew what the standards would be, and the timetable. But today it’s called something totally different—Mercury and Air Toxics Standards for Power Plants—and the requirements are totally different!

Today we are trying to plan for the future without any certainty about what the regulations for carbon dioxide emissions may be, and the final versions won’t be announced until June 2015. Even though we don’t know their final form, we are trying to come up with a comprehensive plan that will help us to comply with all current EPA regulations and the new proposed EPA regulations, too.

Whether we choose to modify an existing power plant or build a new one, either way these are large, long-term investments, and they have long lead times. And it is awkward, because when you comply with one rule, you also have to ask, will that help you comply with another rule that is coming down the pike?

So amid this uncertainty, we put off doing anything for as long as we can. The reason is not procrastination, it’s practical—we don’t want to make a significant investment and then the rules change. Our intent is to try to wait as long as we can to have certainty, and make good choices then.

A co-op leader talks about assuring reliable power for the future, and a better way to develop environmental rules

Tony Campbell, president and CEO at East Kentucky Power Cooperative, which generates and transmits electricity to 16 distribution co-ops serving their member-owners in 87 counties, talks about managing risks and looking out for the consumer’s wallet

Four years ago, amid all the regulations already in place and thinking ahead about new ones, our board of directors put together a strategic plan. The board recognized that East Kentucky Power Cooperative was too dependent on coal, and wanted to diversify our portfolio with natural gas and some small percentage of renewable energy.

Given the unpredictability we face, East Kentucky Power Cooperative’s strategy is to make smaller investments in generating facilities, invest in resources that are less costly, and not invest too much in any one thing. Our strategy is not to “bet the farm” on any one resource. What we want to do is minimize our owners’ investment risks. We want to invest just enough in small, multiple-unit plants to keep service reliable at a cost our owners can afford and manage.

My biggest concern is this: when the Clean Air Act came out 45 years ago, the Environmental Protection Agency proposed rules to regulate sulfur oxides and nitrogen oxides, then enacted them over a decade and a half. During those 15 years, everybody had time to comment on the proposed regulations, and the EPA had time to evaluate that. Then the EPA had sufficient time to develop a final proposal that would minimize impacts to cost and reliability for the end consumers. There was time for those laws to be tested in court, and then the final rules would go into effect. As a utility, we had time to engineer, permit, and construct whatever was required, whether that was adding a scrubber or building an entirely new plant.

Now the EPA is trying to do everything in an extremely compressed time period. In the end, rushing like that can’t do anything but cost the consumer money and jeopardize reliability.

East Kentucky Power Co-op does not believe we can abandon coal overnight. We believe an “all-of-the-above” energy strategy is needed, including coal, natural gas, nuclear, and renewables. By diversifying our owners’ resources, we are trying to mitigate the risk of “regulation creep” by the federal government. So if any one fuel gets hit hard by those “creeping” federal regulations, we’ll be able to mitigate the potential economic impact to our owners and end consumers.