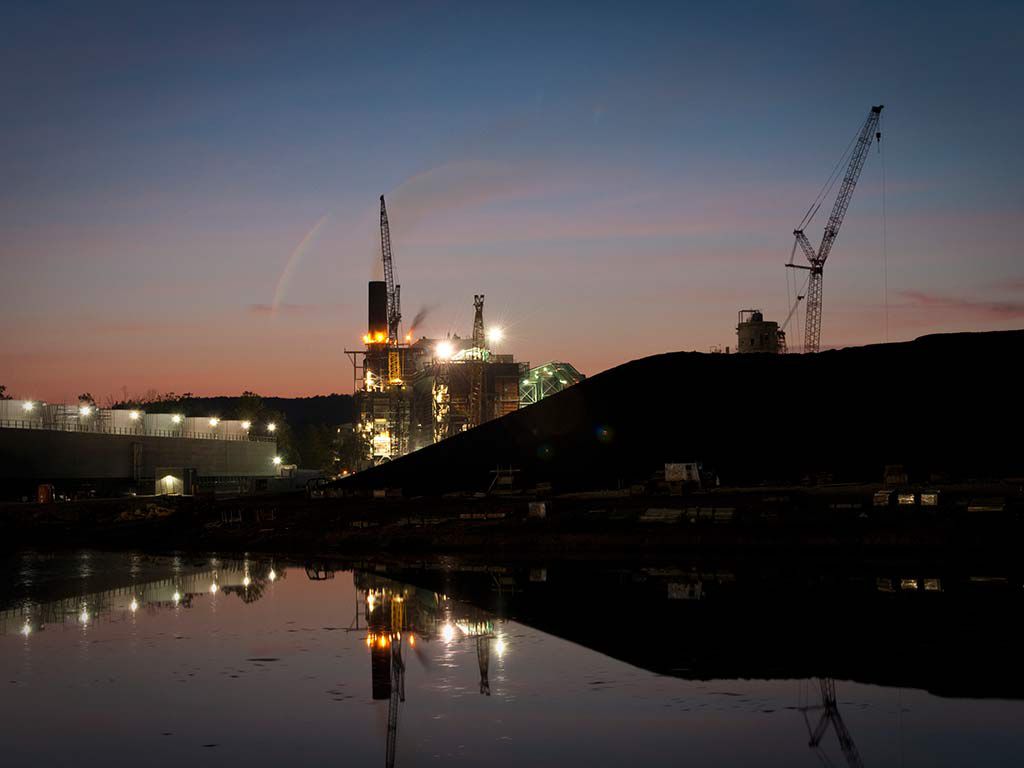 The Clean Power Plan sets national standards, while allowing states flexibility in deciding how to meet those goals. States are required to submit state-specific plans by September 2016. If states need more time, they can make an initial submission and request extensions of up to two years for their final plan. Mandatory reductions for carbon emissions begin in 2022, and states can elect to gradually step down reductions to meet the final goals for 2030.

While the nation relies on nearly 40 percent of coal for its energy, Kentucky’s energy is 92 percent coal-powered, according to the latest statistics from the U.S. Energy Information Administration.

An important strategy for lowering emissions in Kentucky, given the state’s heavy reliance on coal for energy and lack of renewable energy from solar and wind, will be energy-efficiency programs put into place by electric utilities, which are already being widely used.

For Kentucky, shuttering power plants, leaving stranded assets before the debt is paid off, is a huge concern. East Kentucky Power Cooperative’s CEO Tony Campbell says, “The regulations announced effectively remove coal as an option for future power plants, and begin restricting carbon emissions from existing coal-fired plants. This will put pressure on costs to rise. As we move away from coal, there are serious questions that must be addressed about the affordability and reliability of alternatives, including natural gas and renewables.”

EKPC’s Campbell says, “I am concerned about the impact these rules will have on the affordability and reliability of electric power.” He says, “I am especially concerned for the people at the end of our power lines. Among the people served by Kentucky’s electric cooperatives, household income is 7.4 percent below the state average and 22 percent below the national average. Among the 87 counties served by EKPC’s owner-member cooperatives, 40 counties face persistent poverty.”

“I am concerned about the impact these rules will have on the affordability and reliability of electric power.”

National Rural Electric Cooperative Association (NRECA) CEO Jo Ann Emerson states, “Any increase in the cost of electricity most dramatically impacts those who can least afford it, and the fallout from the EPA’s rule will cascade across the nation for years to come.”

NRECA is the national service organization that represents the nation’s more than 900 private, not-for-profit, consumer-owned electric cooperatives that provide electricity to 42 million consumer-members in 47 states, including Kentucky.

Emerson states, “While we appreciate the efforts intended to help offset the financial burden of rising electricity prices and jobs lost due to prematurely shuttered power plants, the final rule still appears to reflect the fundamental flaws of the original proposal. It exceeds the EPA’s legal authority under the Clean Air Act, and it will raise electricity rates for our country’s most vulnerable populations while challenging the reliability of the grid.”

NRECA recently commissioned a study that underscores the devastating relationship between higher electricity prices and job losses. The study, Affordable Electricity: Rural American’s Economic Lifeline, measures the impact of a 10 and 25 percent electricity price increase on jobs and gross domestic product (GDP) from 2020 to 2040. The study shows even a 10 percent increase in electricity prices would result in 1.2 million jobs lost in 2021 across the country with nearly 500,000 of those lost jobs in rural communities.

“For many years, because of the Commonwealth’s abundant coal resources, Kentucky has enjoyed some of the lowest electric rates in the nation,” says Campbell. “I am proud of EKPC’s role in providing some of the most affordable, reliable electric available. As a result, Kentucky has a dynamic manufacturing economy that employs 235,000 Kentuckians and depends on that affordable energy.”

Emerson says, “We will continue reviewing this extremely complex rule and have additional comments on behalf of America’s not-for-profit, consumer-owned electric cooperatives in the coming days.”