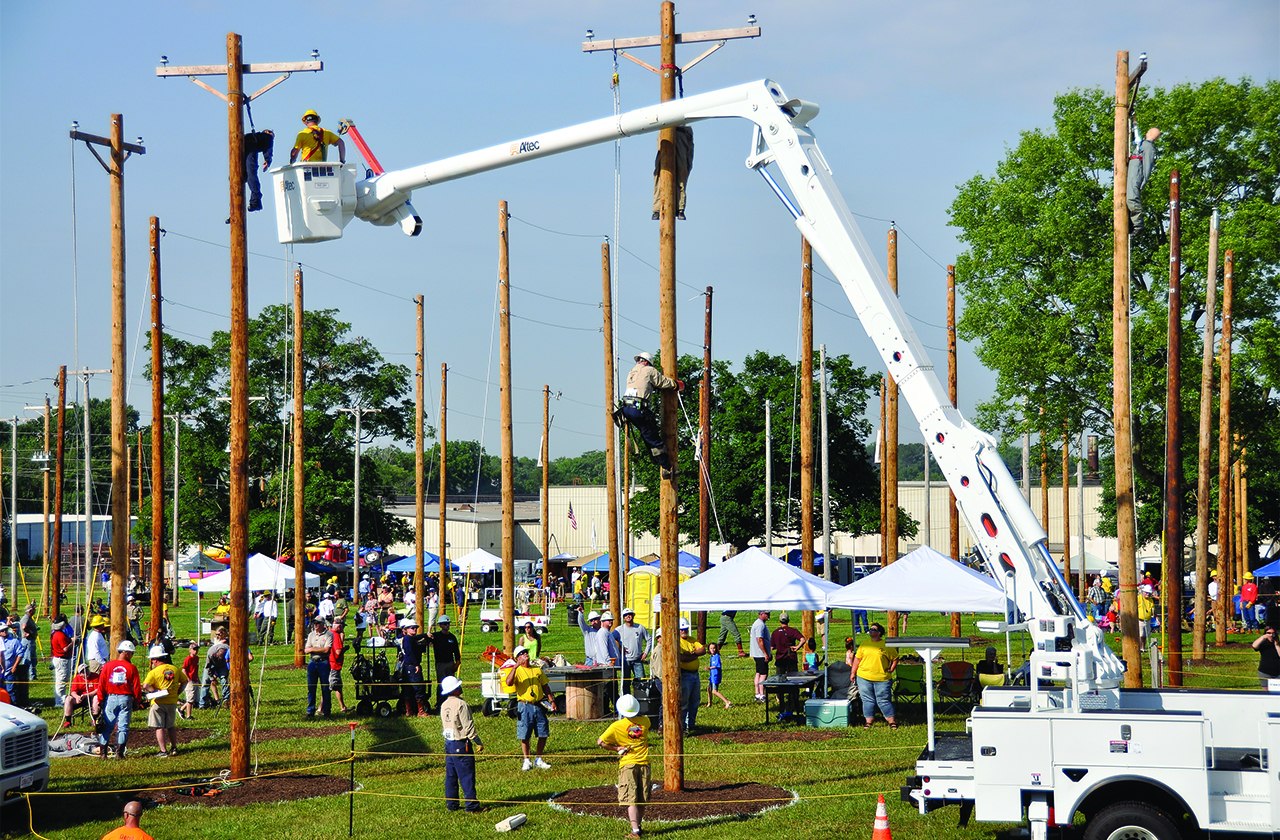 Entrants in the two-day regional event displayed their skills in “hurt man” rescue, transformer change, polyinsulator change-out, phase swap, and cross member relocation as they competed for points based on speed, accuracy, and above all, safety.

“We are the TVA’s 12th largest distributor and wanted to continue the leadership we have shown in the past,” says W. Scott Ramsey, CEO of Warren Rural Electric Co-op and a former lineman himself. “Our linemen also use the bucksqueeze, a belt around the pole that prevents long falls. A majority of TVA distributors will be going to that device next year, so we had a training session before the rodeo started to acclimate them to it. Bowling Green has lots to offer so it was a fun place for the linemen and their families.”

Service chaplain
SHELBYVILLE
Cooperatives know a thing or two about service and so do co-op members. The list of duties is quite long for Shelby Energy Cooperative member Angela White, who is only the second female chaplain to serve in the Kentucky Army National Guard. As part of the 1204th Aviation Support Battalion in Burlington in northern Kentucky, White counsels soldiers, preaches, provides solace for wounded soldiers and soldiers’ families, and helps honor those who have passed.