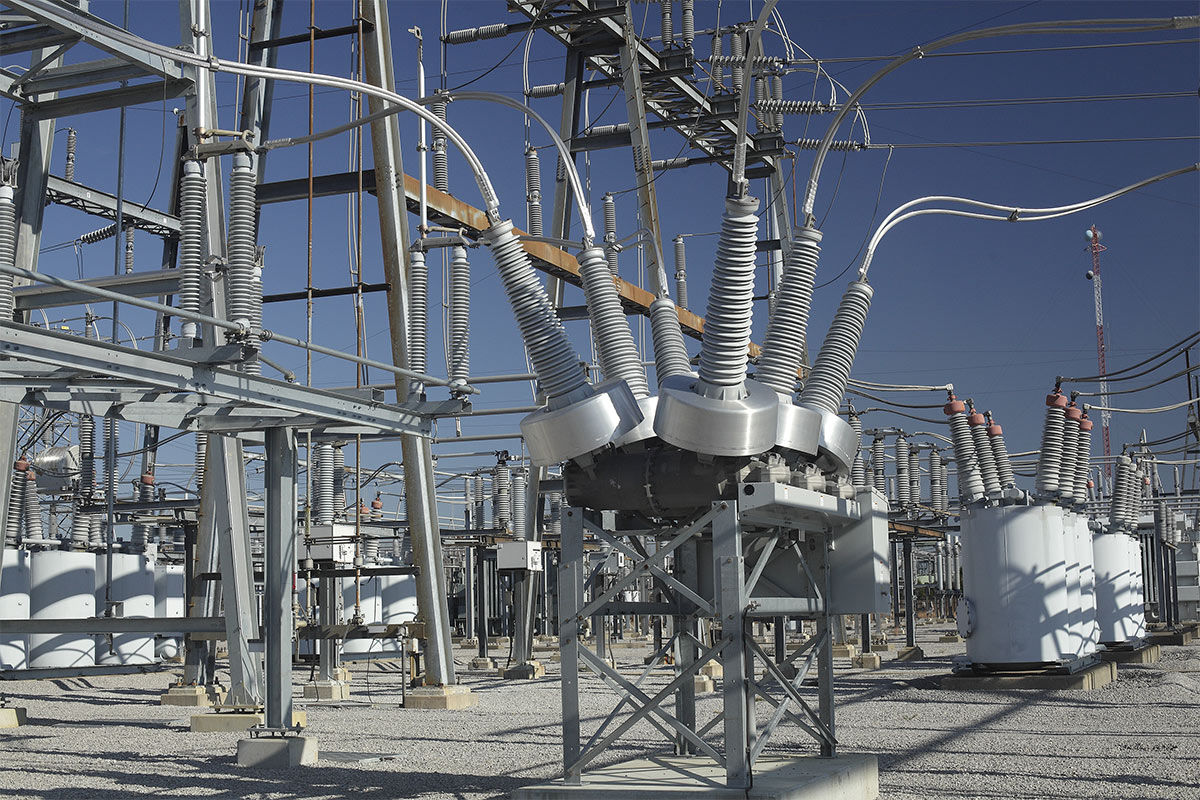 Substations at power plants, such as Big River Electric's Wilson Station shown here, use transformers and switches to change voltage to higher levels to allow it to travel great distances. Once it reaches a distribution substation, voltage is transformed to lower levels before it serves homes and businesses. Photo: Big Rivers Electric

How long have the power line poles in your neighborhood been standing? Five years? Fifty? Some of those poles follow routes chosen more than 70 years ago, when your co-op first brought electricity to the homes and farms and businesses in your area. Over the years, individual poles have been replaced several times, but the new ones look about the same as the old ones.

Although the local delivery system for electricity hasn’t changed much over the decades, huge changes are under way elsewhere. New ideas in national energy policy are changing the way the vast network of generators and transmission lines operates. Events happening hundreds of miles from your house affect your service—and your monthly electric bill.
First, we’ll take a look at how electric cooperatives are responding to these changes. Then next month we’ll see how co-ops speak up for their member-owners to keep electric service reliable and affordable in a changing world.

Where power comes from
All electricity “looks” alike. When you turn on the lights in your kitchen or the TV in your living room, you don’t see the electricity itself, you see the work that it does. Even if you could see it, you would not be able to tell whether that electricity was generated using coal, natural gas, sunshine, or something else. And you couldn’t tell how far it’s traveled to reach your house—it could be from a power source nearby or a place hundreds of miles and many states away.

It didn’t begin that way. In the 1930s, start-up electric co-ops each bought their power from the closest sources, typically from investor-owned utilities or municipal power systems in larger towns. Electricity traveled relatively short distances back then. That was the quickest, simplest way to bring the benefits of electricity to rural communities. In those early days, five Kentucky co-ops bought the electricity for their members from hydroelectric power plants operated by the new Tennessee Valley Authority (TVA). In other parts of the state, local co-ops joined together to build their own generators and their own transmission lines.

In Kentucky today, 16 local electric distribution co-ops own East Kentucky Power Cooperative (EKPC), which generates electricity at four major power plants, with some additional sources in the mix. That power flows through more than 2,800 miles of high-voltage transmission lines in 87 counties in central and eastern Kentucky. On the other side of the state, three local co-ops own Big Rivers Electric Corporation, which generates bulk power for its member-owners in 22 western counties.

Joining together to own and operate generators and transmission lines gives the co-ops more control over the supply of electricity, and helps keep service reliable and affordable. Their goal is not to earn money for distant investors, but to manage operations and money wisely while providing reliable electricity service to local members. All distribution co-ops and the generation and transmission co-ops follow careful accounting rules and operate as not-for-profit businesses focused on service.

But co-ops haven’t stopped buying power from other sources. When a generator must be shut down for maintenance or during weather disasters or other emergencies, generation and transmission co-ops can and do still buy power from outside the co-op network. And sometimes they sell power to neighboring systems.

Wider connections improve reliability
For decades, those buy-and-sell transactions were usually arranged directly between close neighbors by the individual utilities themselves. That began to change several years ago as a result of new federal policies meant to improve reliability and expand options throughout large geographic regions.

Both the North American Electric Reliability Corporation (NERC) and the Federal Energy Regulatory Commission (FERC) have set up new standards and requirements aimed at increasing the number of paths available for electricity to flow—not just within states but also across state lines. The new rules deal with the physical construction and use of the routes that power can follow, as well as the procedures for arranging the timing and accounting for those bulk power sales transactions.

For many decades both East Kentucky Power and Big Rivers Electric have had several “interconnections,” special high-voltage power lines that can handle bulk power moving to and from Kentucky and neighboring states. Recently the federal government has encouraged utilities to become members of regional transmission organizations designed to coordinate the movement of bulk power among utilities throughout an area.

In 2010, Big Rivers joined MISO, a regional transmission organization that serves 15 midwestern states and the Canadian province of Manitoba. Marty Littrel, managing director of Communications and Community Relations at Big Rivers, says, “Joining MISO was the most cost-effective alternative for Big Rivers to meet its reserve requirements and keep service to our members reliable.” With the completion of a new set of high-voltage power lines crossing the Ohio River near Henderson, Big Rivers now has 24 interconnections for the movement of bulk power.

In 2013, East Kentucky Power became a member of a different regional transmission organization known as PJM. It coordinates bulk power movement and sales in 13 northeastern states and the District of Columbia. Nick Comer, External Affairs manager at EKPC, says, “By participating in PJM we have new options for our members—we have the opportunity to buy bulk power from generators in other states when we need to or when the price is right, and we can sell excess power from our generators to others.”