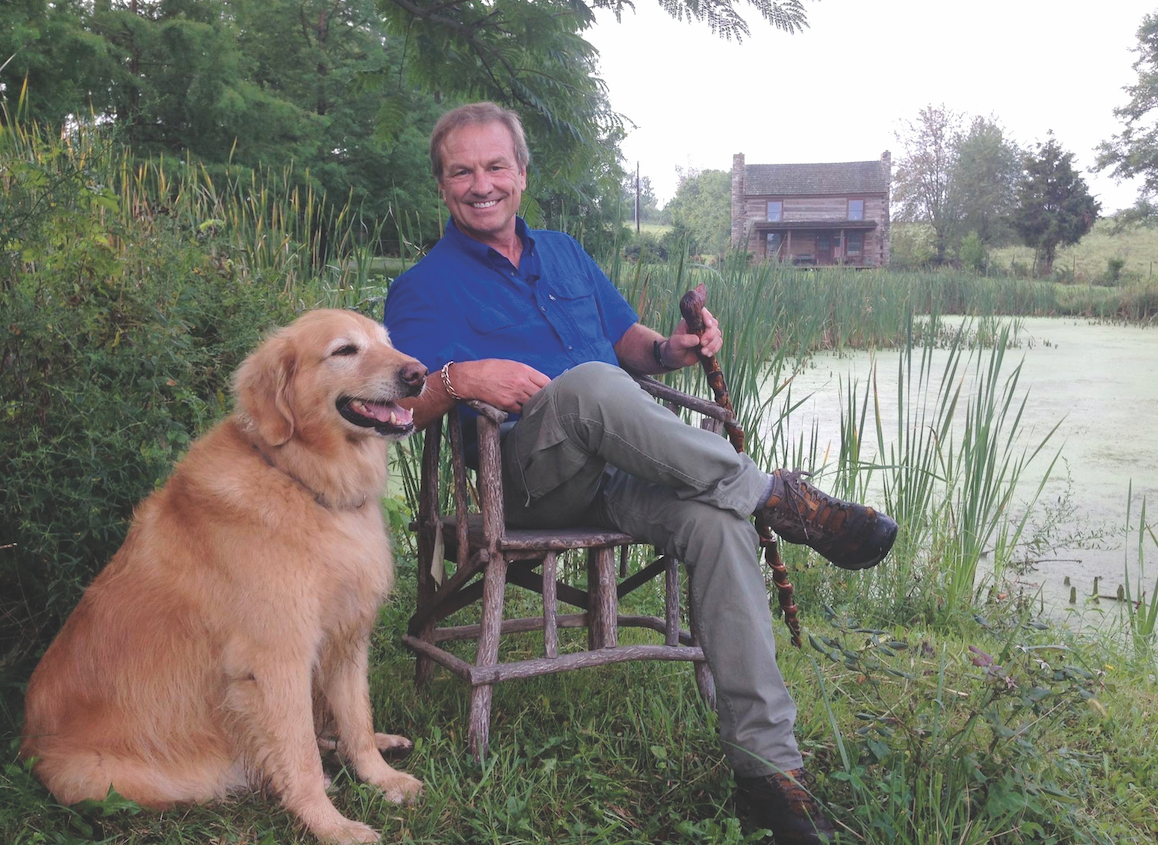 Late in 2019, my 15-year-old golden retriever, Toby, took a nap on the porch and never woke up. It was a big loss. He traveled with me for thousands of miles as the last of my canine co-hosts in KET’s weekly series, Kentucky Life. Together we saw Kentucky from east to west as we crisscrossed the state time after time. Toby was a classic example of how two species can bond and work together so well.

He had become accustomed to television equipment and crew people. He knew when the cameras came out of the vehicle, it was time to go to work. He would sit by me, walk with me and patiently do re-takes or practically anything else the crew wanted him to do.

When the sun went down the day he passed away, I called for my faithful companion one last time, as if he would magically appear. Then I stood silently, hearing only the wind howling through the trees.

Countless others throughout history have experienced that unbreakable bond and subsequent loss.

It is said that Daniel Boone never traveled without his dogs, primarily a breed called the mountain cur. The dogs are repeatedly depicted in Boone’s portraits and statues. Like many early settlers, Boone depended on them. The dogs were loyal to their families, yet fearless when it came to chasing and even fighting predators such as black bears and cougars, which could be dangerous to the settlers. They loved cur dogs so much that they would carry the puppies in protective baskets as they blazed trails through the wilderness on foot.

Famous naturalist and painter John James Audubon catalogued birds for his illustrations, spending a great deal of time doing so near Henderson. In the early 19th century, wildlife photography was not an option. Audubon had to shoot the birds to get up-close, anatomically correct depictions. His beloved dog, Plato, a Newfoundland, retrieved the birds for him. Audubon wrote about Plato in his journals. In one entry, he described Plato’s gallant actions on a dark, stormy night in the wilderness: “Plato was now our guide, the white spots on his skin being the only objects that we could discern amid the darkness, and as if aware of his utility in this respect, he kept a short way ahead of us on the trail.”

For thousands of years, stories like these have been told. Dogs have been our hunting partners, protectors and loyal companions. In all my years ahead, I’ll think about my wise, old golden retriever and recall how lucky I was to have had such a great dog. So long, boy.