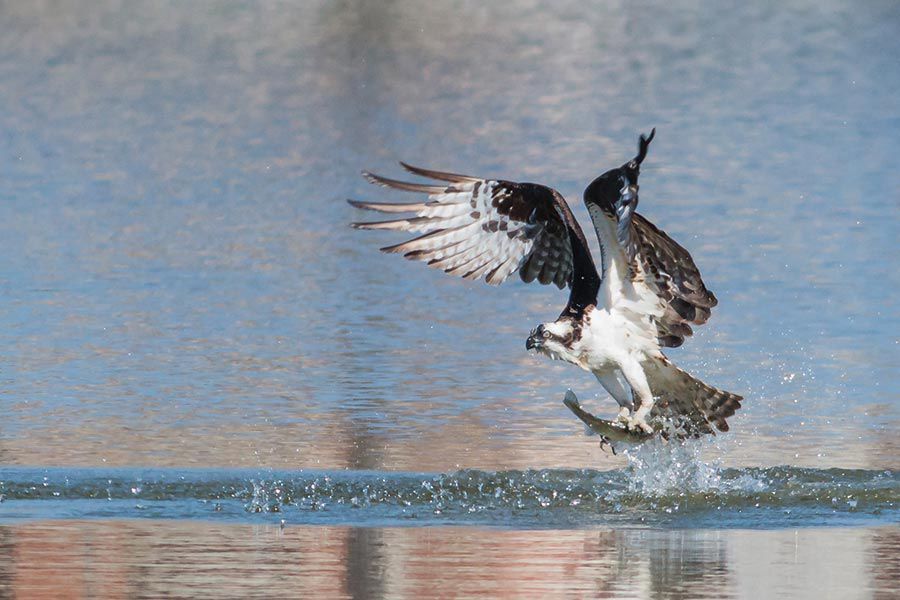 Ten years ago, the Kentucky Department of Fish and Wildlife Resources cast its net for a different kind of angler. At the time, the department focused its fish stocking programs on bigger waters—reservoirs and rivers more suited to anglers with boats.

In 2006, the department launched its urban fishing program at five small lakes located in public parks. These lakes received heavy stockings of fish so people could catch and keep them all summer long. Today, the Fishing in Neighborhoods (FINs) program extends to 40 small lakes in 25 counties.

“It’s extremely popular, especially among new anglers and time-constrained anglers because these lakes are so close and convenient,” says fisheries biologist Dane Balsman, who runs the program.

Stockings of 9-11 inch rainbow trout occur at most lakes in February and March, with fall stockings in October and November. All lakes receive channel catfish averaging 1 pound apiece in March; other stockings of catfish occur in April, May, and August. Some lakes also receive hybrid sunfish around the first week of June.

“We like to frontload the stockings to coincide with the start of the new license year on March 1,” Balsman said. “We started stocking the catfish earlier in the year because everybody has cabin fever and wants to get out and fish.”

Some of the FINs lakes are shifting around this year. Watterson Park Lake in Jefferson County, for example, is being dropped because it is too shallow. Instead, Fayette County will receive its second FINs lake at the Kentucky Horse Park. With its 6-acre size, the park’s Rolex Lake fits the program’s goal of enrolling lakes between 5 to 10 acres.

However, the number of FINs lakes is capped by the number of fish the department’s two hatcheries can produce. To supply fish for additional public lakes, Kentucky Fish and Wildlife will no longer offer fish for stocking at private waters.

See what the excitement is all about and visit a FINs lake this spring. Go online to fw.ky.gov and search under the keyword “FINs” to find the location nearest you.

The 2017 Fishing Forecast is now available online at fw.ky.gov. Discover the best places to fish and get great tips with the forecast.