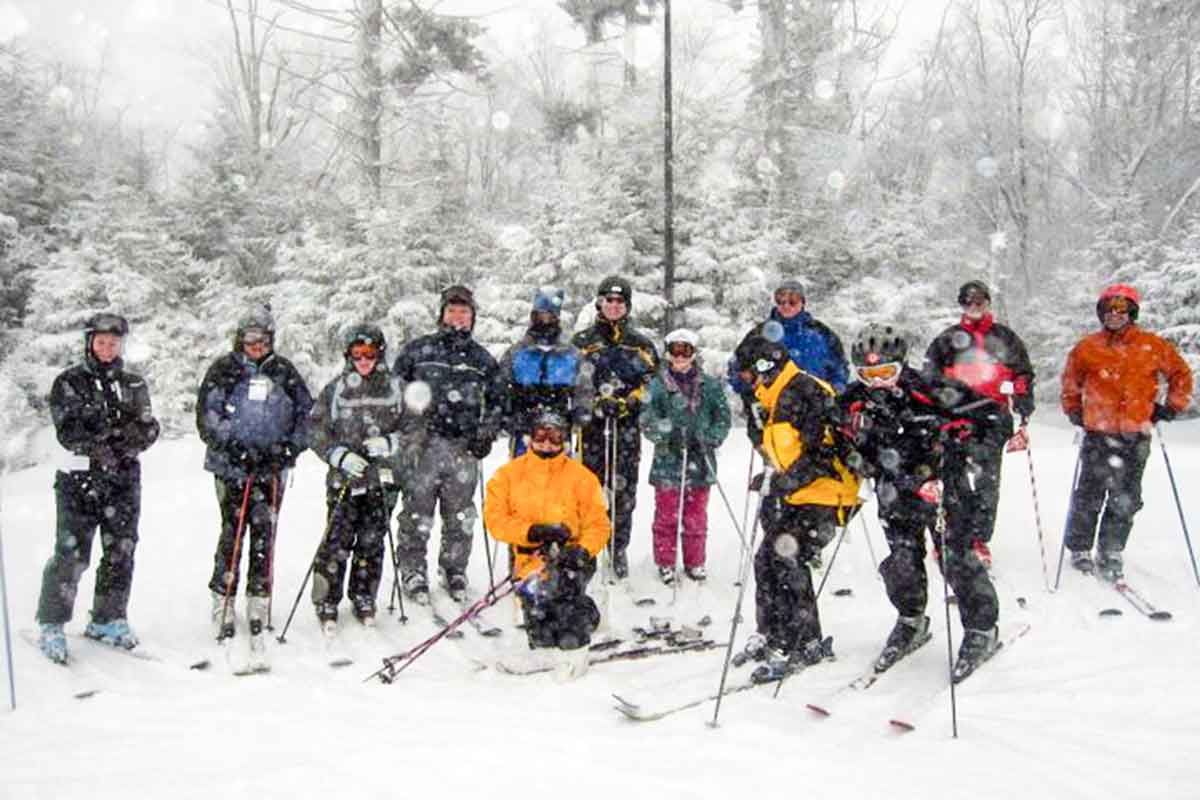 But first, conquer the bunny slope

The last time I went skiing, I foolhardily tried to conquer an advanced slope at Paoli Peaks, Indiana. “This is easy,” I thought as I raced down the mountain at lightning speed. My confidence soared and for an instant I felt like a world champion downhill skier. But then the slope made a dogleg to the right and I had to turn with it. All I remember next is blinding white powder and a split-second glimpse of a ski flying toward the sun. Three months later, I could finally walk from my office to my car without excruciating lower back pain.

As a beginner, I should have stuck with the easy slopes—and I should have joined a ski club before taking to the slopes at all. They do exist even in Kentucky. In fact, the Louisville Ski Club has been around since 1956. Today its membership is about 400, ranging in age from 21 to 80—and some didn’t start skiing until their 50s. On the other end of the spectrum, the club has its own downhill race team, comprised of younger skiers.

The club makes recommendations to new members on everything from skiing equipment to beginner lessons—and if you join you can take part in the club’s out-of-state trips each year and take advantage of discounted group rates. This January and February, the club has scheduled weeklong trips to Keystone, Colorado, and Park City and Snowbird, Utah.

Treasurer and past president Don Griffin says, “Anybody can ski if they are in reasonably good shape.” But adds, “Don’t be too macho for the ‘bunny slopes’ if you’re just starting out.” That’s advice I wish I’d had before trying to break the sound barrier at Paoli Peaks.

A sister organization to the Louisville club is the Lexington Ski and Sports Club. Both operate under the guidelines of the Ohio Valley Ski Council, under whose auspices both clubs have planned national trips as well as international skiing adventures to Austria, England, and Greece for 2016. Also, members of both clubs can participate in either one’s outings.

The Louisville and Lexington ski clubs don’t evaporate into the warm breezes of spring and summer. Griffin says, “We do hiking, canoeing, rafting, scuba-diving, and even wine tasting in the warm months.”

So if you’re interested in winter skiing or a multitude of warm-season activities, the Louisville or Lexington ski clubs may be the perfect fit for you and your family.

You might say we live in a ski-challenged state, but just indulge me and go to a club meeting and you’ll find that skiing is not impossible. Oh, feel free to use me as a darned good reason to embrace the beginner slopes before you try to make the Olympic Ski Team.

For more information about the Louisville or Lexington ski clubs, go to www.louisvilleskiclub.org or www.lexskisports.org.