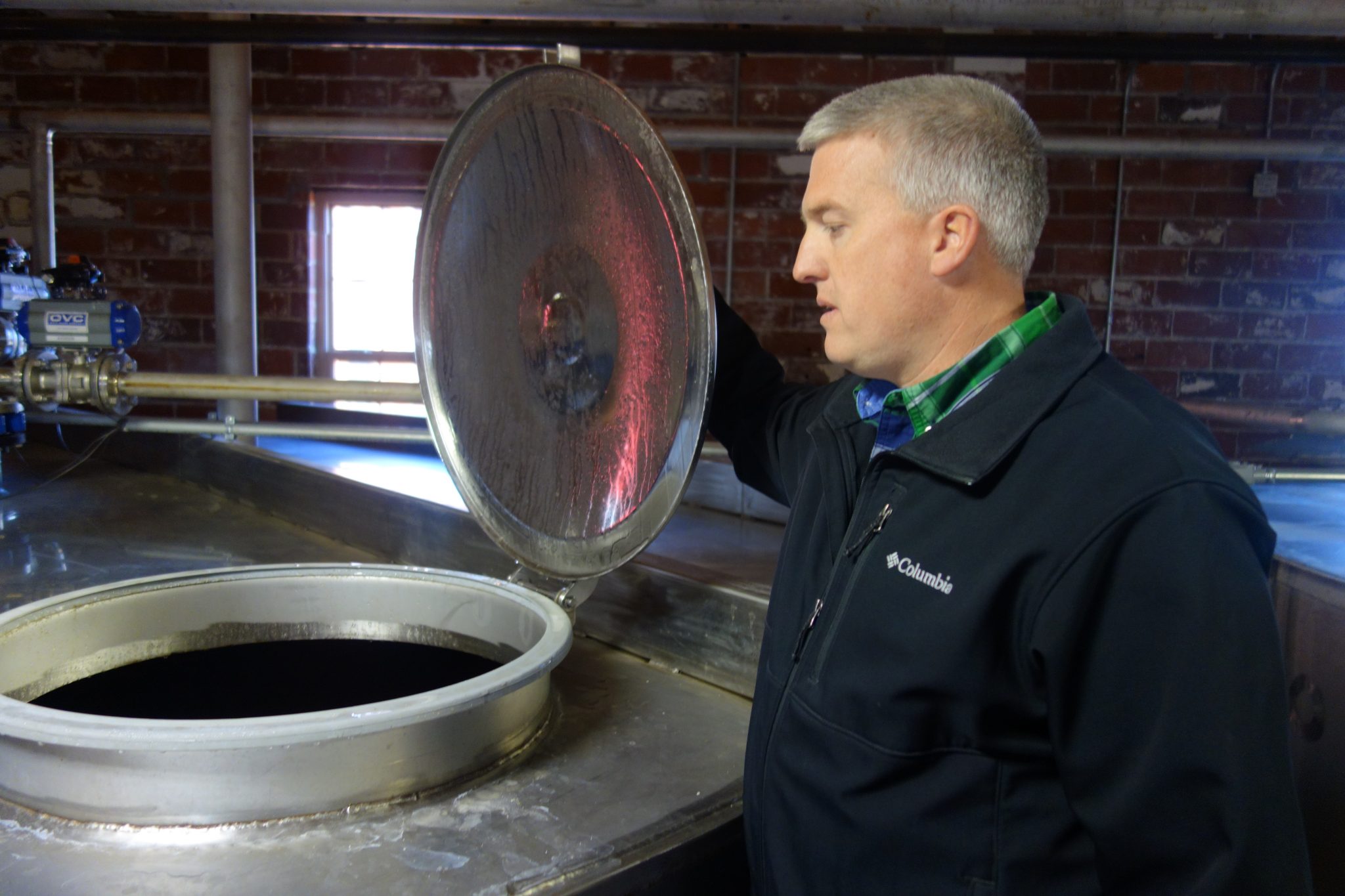 The longer bourbon ages in a new, charred oak barrel, the better, right? Not necessarily, thanks to “Rosie.”

Those of a certain generation will recall Rosie was the robot-maid on The Jetsons, a futuristic, space-themed cartoon from the 1960s. The robot-like machines at the new O.Z. Tyler Distillery in Owensboro, Kentucky, won’t clean your house, but they will “clean” your bourbon by removing harsh impurities and age it in a fraction of the time with the patented TerrePURE process.

Master Distiller Jacob Call is a firm believer in the accelerated aging method, and that’s saying something since he hails from Bardstown, Kentucky, the “Bourbon Capital of the World,” where things are done the old-fashioned way. He came to O.Z. Tyler from Florida Caribbean Distillers.

He says the first time he sipped this newfangled Kentucky bourbon, he was “pleasantly surprised.”

“I’m somewhat of a traditionalist, but once you taste it, the process definitely works,” he said. “It has an exceptionally smooth finish.”

Bourbon distillers have been trying to find a way to speed up the aging process for years, but with limited success—until now.

The bourbon still ages in a barrel; it just doesn’t spend as much time there. To be labeled Kentucky bourbon, the whiskey must be distilled and barrel-aged for at least one year and a day, but after meeting that requirement, it can be removed early, go through the 10- to 12-hour TerrePURE process, and, voila, a 1-year-old bourbon tastes like it’s 4 years old, with all the expected caramel notes and rich honey color. The flavor profile of the whiskey ages many years in just a few hours.

O.Z. Tyler sits on a site with an interesting history. Bourbon has been produced there off and on by various companies since 1885. The last distillery, Charles Medley, was shuttered in the 1990s, and it remained vacant until it was purchased in 2014 by Terressentia Corporation, O.Z. Tyler’s parent company. It was rebuilt to visually retain its historic character, but it functions as a cutting-edge facility using the latest technology.

The distillery has been open for production only since September 2016, but plans are already underway for an expansion that will more than double production from 32,000 barrels to 65,000 annually. A bottling line is expected to be up and running in Kentucky by the end of the year. Currently, the bourbon is bottled in Charleston, South Carolina.

Bourbon enthusiasts are welcome to stop in for a tour. Tours run Monday-Saturday at scheduled times, and admission is $10. Visit www.oztylerdistillery.com for details.

In addition to meeting the Rosies, visitors get a look at the fully automated grain handling system where local corn, the main ingredient in bourbon, is milled and weighed. They stroll through the stillhouse where enormous mash cookers emit a pungent aroma, then make their way to one of the six rick houses that store 20,000 barrels of bourbon each.

At the conclusion of the tour, bourbon aficionados can judge the benefits of the TerrePURE process for themselves.

“The proof is in the tasting room,” Call said confidently.

Sure, good things come to those who wait, but now, they don’t have to wait as long.