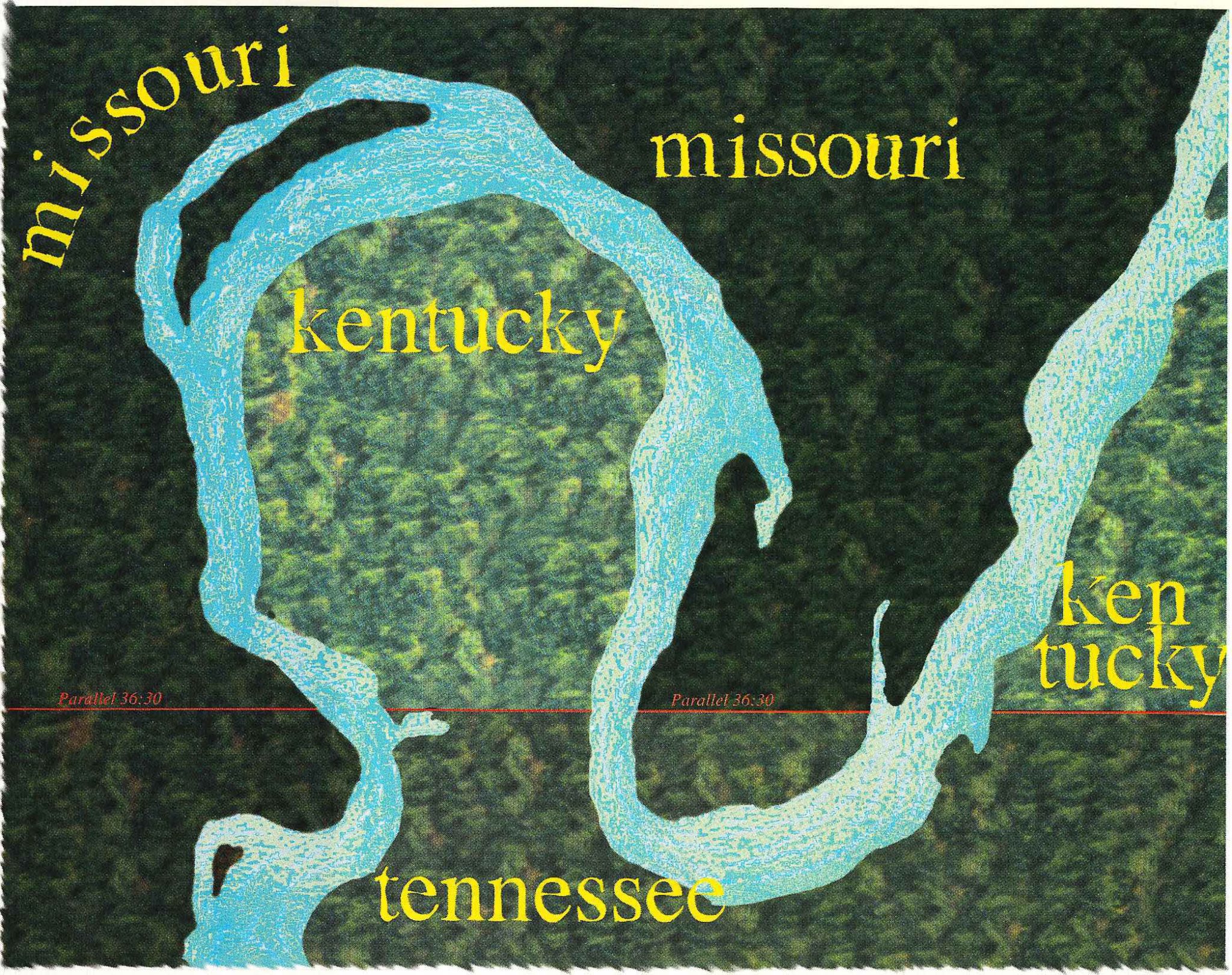 Surrounded by Missouri and Tennessee, this geographic oddity has produced a community familiar with hardships

Legend has it that a settlement of Confederate sympathizers on Madrid Bend was slaughtered – an entire community left dead -130 years ago by blue-coated Union soldiers. Few Kentuckians are aware that the Civil War troubled this isolated westernmost tip of the state -or even that Madrid Bend belongs to Kentucky.

Madrid Bend (pronounced MAD-rid) is cut off from the other areas of the Bluegrass State. An eagle flying from the county seat (Hickman) would soar over the Mississippi River twice and a section of Missouri to reach there on a direct flight. For a motorist driving from Hickman to the Bend, it is necessary to travel through Tennessee.

Old Man River has had tortuous times in this area as part of the well-known Madrid fault line. In the earthquake of 1812, the Mississippi was so shaken that it ran upstream. Nearby Reelfoot Lake was formed by the upheaval.

At the western tip of Kentucky, the Mississippi curls itself into a reverse S-shape·. The loop farthest from the mother state is officially Kentucky. Everything else is Missouri or Tennessee.

The loop is called Madrid Bend. When I first visited there 42 years ago, its 30-odd families voted in Kentucky elections and paid Kentucky taxes. Time hasn’t changed the Bend all that much.

Madrid Bendians are, like other Kentuckians, natural-born fighters. Though much of the fighting here has been against raging floodwaters, earthquakes and poverty, the residents remember those as the good times.

After my earlier visit, I wrote, “Most of the Madrid Bend inhabitants are farmers and there are a few commercial fisher­men. The school is a one-room affair that usually beins with about 45 pupils but loses many during the year as the cotton­-picking families move away.

“The general store, however, serves as a sort of informal town hall and is open ev­ery day -even Sunday -from five o’clock in the morning to 11 at night. lts greatest attraction is a television set, and each night after supper the neighborhood folks gather to see TV shows. The store is operated by Mrs. Joe Whitson, daughter­in-law of the Bend’s oldest resident, 77- year-old Mrs. Laura Whitson, a native Tennessean.”

Now the store front is barred, the build­ing crumbling with age. The one-time store operator, Magruder Whitson, at 88, is now the Bend’s oldest resident. Since the Whitson store closed, Bend residents have to drive to nearby Tiptonville, Tennessee, for groceries and supplies.

Magruder remembers when there was a ferryboat to New Madrid (population now 20,928). Instead of driving into Tiptonville, many Bend folks would make the eight-mile river trip to trade in the Missouri town.

When Magruder came to the Bend as a 26-year-old bride, tractors hadn’t replaced mules. “I’d rather have had a good saddle horse back then than a car.”

Louise remembers when “probably 300 people lived on the Bend. Now there are probably not over 25 people, and the children go to school in Tiptonville.”

Like another landowner in Madrid Bend, Louise told me about the soldiers coming into the community and “killing white families,” during the Civil War. Seventy-eight-year-old Winston Tipton, who now lives in Union City, also recounted the story he heard as a youngster.

Rueben Tipton, who loved in Tiptonville, was his father. Once the largest landowner in the Bend, Reuben left 1,000 acres in trust to his children and grandchildren. Of his four children, only Winston and his 81-year-old sister “Tennie” Butler survive.

Winston says the largest landowner on the bend is no Mrs. Adrian Stepp, widow of Alfred Stepp who once acquired about 4,000 acres. Mrs. Stepp, 82, continues to live by herself in the Bend, but regularly attends church in Hickman, her hometown.

Life in the Bend could dramatically change if the ambitious plans of Reelfoot  Gardens becomes a reality. A team of developers, led by Fred Wortman Jr., envisions gardens like those that attract thousands of visitors to Calloway Gardens in Georgia and Longwood Gardens outside Philadelphia.

Reelfoot Gardens would set up less than a mile south of Reelfoot Lake in Lake and Obion counties. Old Man River Garden would be 15 miles to the northwest, along both banks of the Mississippi at a 19-mile arc. Visitors would be ferried from the Kentucky and Tennessee side, where an 800-acre development would be styled after a frontier community, to a 250-acre site on the Missouri side.

Old Man River Garden, Wortman explains, would be at the southern end of Madrid Bend, “where the river almost completes a circle” (the river comes within three-quarters of a mile from itself). “Since all the Kentucky land in the Bend is flood-prone, there will be few amenities in Kentucky. This area will be used for sightseeing, nature areas, and activities from a sporting aspect.”

Wortman said Old Man River Garden s will have 600 full-time employees and 200 seasonal ones. Employment will be equally divided between Tennessee, Kentucky and Missouri.

If Wortman’s plans come to fruition, Madrid Bend will never be the same, and Kentuckians everywhere at last will know of the forgotten area of the state.