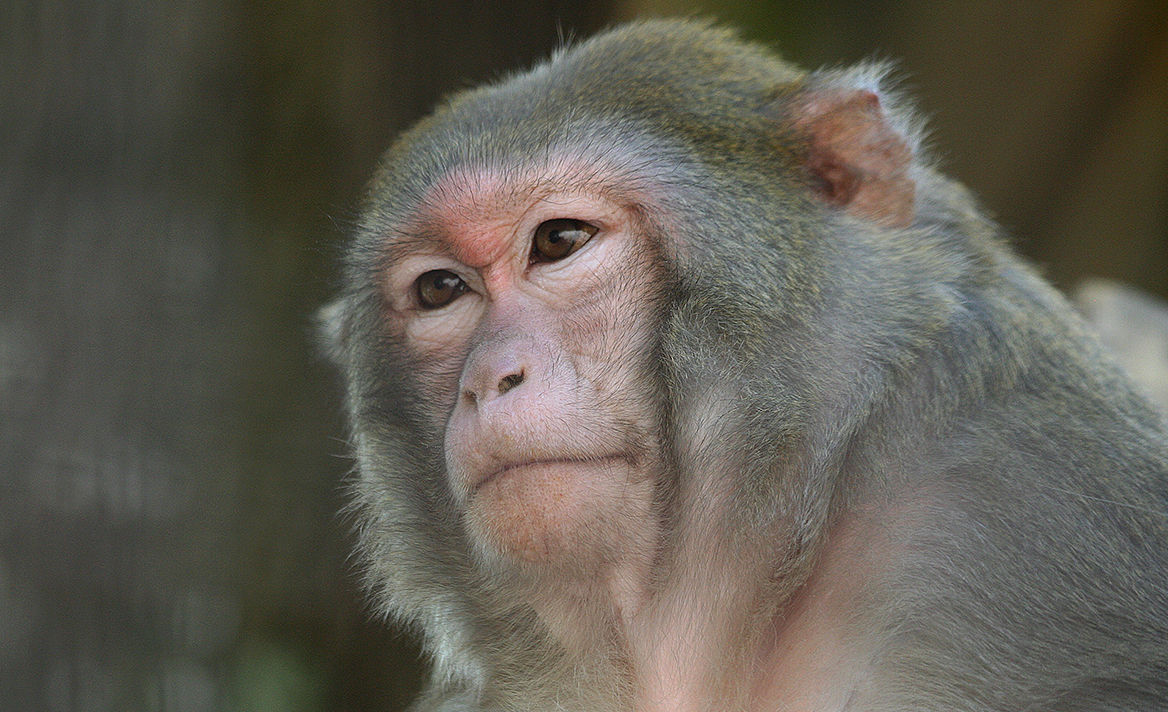 Mary Ann Tobin may be small in stature and in her 60s, but she has the energy of someone half her age and the presence of someone twice her size.

You may remember Mary Ann from her days in the Kentucky Legislature. What you may not know is that since 1992, she has been running a 3,500-acre animal sanctuary in Irvington called Broadbent Wildlife Sanctuary.

Broadbent rescues and rehabilitates wild animals that are sick, injured, or abused. Animals here include deer, possums, raccoons, raptors, fox, ducks, and squirrels. The numbers are impressive: Broadbent takes in at least 1,000 animals a year, and more than 80% are released back into the wild. A few cannot be saved, and those animals that cannot be released become permanent residents.

How did Mary Ann get into such a huge operation? She laughs, “I used to be a starry-eyed politician, as a state representative and state auditor. But then the Fish & Wildlife Department started bringing me a few animals, and it just grew from there.”

Broadbent once operated as Broadmoor Gardens, an estate open to the public for touring. But the large rambling house and surrounding property have undergone a massive transformation: the atrium is now a habitat for herons and a pelican, part of the house is now a full-service veterinary clinic, and the Monet pond serves as a lush outdoor wildlife habitat. The goal at Broadbent is to provide habitats that are as close to the animals’ natural setting as they can be.

Tracy Carter, executive director, is also a wildlife rehabilitator, and says at Broadbent they try to match staff rehabbers with animals they have a special affinity with. For Tracy, it’s the raccoons.

A house trailer on the grounds fills with baby raccoons every spring. Tracy spends most of her day caring for these babies who lost their mothers through loss of habitat or death. The babies are fed a special formula and later vaccinated for rabies and distemper. Tracy and other staff members also receive vaccinations themselves, just to be on the safe side. The rehabbers here make a point of stressing to the public that handling raccoons is not safe, that only professionals should do so, and that raccoons do not make good pets.

“Raccoons need attention (while they’re being rehabbed),” Tracy says, “but they let me know when they don’t need me anymore. I’m glad when they start ignoring me, or hiss at me—it means they’re ready to be released.”

Broadbent has begun a new program of micro-chipping the raccoons when they’re released. “We want to know where they’re going, what they’re doing,” Tracy says. “Even though they’re released on the property, if they wander off and are later brought back in, we can determine if it’s one of our own. We also hope to start monitoring them in the wild.”

There are occasional exceptions to Broadbent’s release program, one being a huge raccoon named Silver.

“We tried to release Silver three times,” Mary Ann notes wryly, “but he kept coming back. So now he lives here as an educational animal.” And indeed, as Silver is served his supper, he seems very satisfied with his choice.

Broadbent is also home to a few exotic animals, including Gentleman and Baby, both rhesus macaques, a species of monkey. They were confiscated from a home in Oldham County where they had been abandoned in a chicken house; they were found emaciated and covered in feces and maggots.

Tracy explains how this happens to exotic animals.

“It’s the same old story: people want these animals so they can have something different. They don’t do their research, they don’t realize exotics like monkeys don’t make good pets, and they don’t realize what’s involved in caring for animals like these.”

Macaques grow up to be strong, aggressive animals, to the dismay of their owners. Gentleman and Baby were lucky to find a home at Broadbent. They now live in an outdoor cage during good weather, though “cage” hardly describes the two-story enclosure that’s more like a small house, complete with kiddie pool and a jungle gym.

Gentleman is a bit stand-offish, but Tracy and Baby have developed a close relationship.

“Baby is my best friend here. She grooms me, and smacks at my freckles, thinking they’re bugs.”

Another large rehab and release program at Broadbent is for raptors, including owls and hawks, and avians such as songbirds and water fowl.

These birds have been found in barns or habitats destroyed by construction. Tracy notes that bird mothers are among the most attentive, so if a mother has been gone a long time, unlike mammals, it likely means the babies have been abandoned. These babies can dehydrate within 12 hours, so it’s important they are brought to Broadbent as soon as possible. This is one reason Broadbent is open 24 hours a day, and why the staff travels throughout the state of Kentucky.

But again, staffers warn, there are exceptions: birds are often “rescued” by the public when they didn’t need rescuing. During what’s known as “baby season” in the spring and summer, baby birds are often seen on the ground; this is when well-intentioned people may think they’ve been abandoned. But if the bird has feathers and is hopping around, it’s actually learning to fly. Babies don’t just take off from the nest, they learn to fly literally from the ground up. So it’s best to leave these birds alone unless they appear sick, injured, or are truly orphaned.

Broadbent has an extensive rehab system for the raptors. Once a raptor has been treated and recovers from any injury, it begins a three-step process of learning to fly again. The bird is first placed in what is known as a flight cage, a 100-foot-long enclosure. At this point, the bird is still handled if necessary, and is encouraged to use its wings again. When the raptor becomes proficient at these short flights, it graduates to a longer flight cage. The final step takes place in a long U-shaped flight cage, complete with living vegetation, where the raptor has only limited contact with humans. When the raptor is able to make the longer flight and negotiate the curve, it can then be released back into the wild.

Even with a staff of 10 licensed wildlife rehabbers, this many animals could not go back home without the services of a veterinarian. Enter Dr. Mike O’Bryan.

The motto about the animals here is, “If they want to live, we’ll get them to live.” This is what motivates Dr. Mike.

For 22 years, Dr. Mike had a private practice in Hardinsburg. He sold his practice in 2006 and now works full time for Broadbent; basically on call 24 hours a day, he lives on the property.

It was a big change for a vet who primarily treated horses.

“The challenge of treating wildlife is definitely ongoing,” he says. “So much is unknown in wildlife rehab and medicine, not enough research has been done yet.”

Despite that, Dr. Mike has had great success in his work, and Mary Ann calls him “the best bird rehabber in the country.” Dr. Mike’s eyes light up when he shows the owl he’s currently treating for a fractured wing.

“This owl was down and out, I thought he’d die when he was brought in,” he says. Dr. Mike gave the owl fluids, treated him for shock, then put pins in the broken wing.

“This owl can probably be released in a few weeks. We have some of the best flight cages in the country.” The owl will be rehabbed in the flight cages with the help of Euthy, a great horned owl once destined to be euthanized; Euthy was saved and now spends time in the flight cages encouraging others to fly again.

Vet treatment of an animal starts with two basic questions, Dr. Mike says. “First, can we keep this animal alive? Then, can we meet our goal of release?”

The pressure is on to answer these questions each time an animal is brought in. The staff here takes it very personally when they are not able to save an animal. For those that are saved, they are legally mandated to be released within six months; a wildlife facility can keep only a limited number of unreleasable animals.

Broadbent is also home to a menagerie of exotic birds. This type of bird wasn’t something Mary Ann planned to get into, but like the facility itself, it was “just something that happened.”

Some of these birds, such as cockatoos and macaws, were former pets, given up by owners who discovered they didn’t care for the birds’ raucous voices. Some came from abusive situations, and some were brought up from Florida when Mary Ann helped in the animal rescue efforts after Hurricane Katrina.

Marsha Dee Simmons found her niche at Broadbent caring for these birds. Her love for the birds is obvious as she moves among the cages, talking softly to them.

“I know each one individually,” she says. “I know who likes nacho sauce, which one prefers peaches. And toys are expensive, so I make wooden toys for them to play with.”

A lot of these birds have been mistreated in the past because their owners didn’t realize how intelligent they are—that intelligence means they need a lot of stimulation.

“Birds are like a 3-year-old human,” Mary Ann says, “and they like to be constructive. Give them toys, teach them tricks, and they won’t become so stressed and bored. Otherwise, birds will show their stress by plucking all their feathers out. We have some birds who will never be able to grow feathers again, they damaged themselves too badly.”

One of Mary Ann’s favorite birds is Pelly, a pelican found at Land Between The Lakes, possibly blown inland by a hurricane. An injury led to having the tip of his wing amputated. A new habitat is being built for him, and Mary Ann says, “We’re trying to find him a girlfriend.”

A primary goal of Broadbent is education. Mary Ann invites school children to come learn about wildlife, how to care for these animals, and what to do if they come across an injured or apparently abandoned baby animal.

Mary Ann’s plans for the future include building an education center to teach about wildlife that will include observation decks so the public can see more animals.

Habitats and an education center will require a lot of money. Until recently, Mary Ann was able to operate privately, but to reach her goals, she realized she needed help. That help has come with Diane Watchinski, director of development.

“I was working at a similar facility in Florida,” she says, “but Mary Ann convinced me to work with her. Mary Ann is so passionate, so energetic, I couldn’t say no.”

Diane’s main focus will be in fund-raising for Broadbent. Her career has been spent raising money for causes such as this, and she’s excited about the prospect of expanding Broadbent. Currently, an auction is being held on the Web through December 10 where visitors can bid on items such as jewelry, trips, sports equipment, and pet products. You can view and bid on these items at www.BroadbentWildlife.cmarket.com.

Mary Ann has spent most of her life in the service arena, first to the people of Kentucky, now to the animals. And she has no intention of stopping.

“How could I ever stop taking in animals? I’ll starve to death before I stop.”