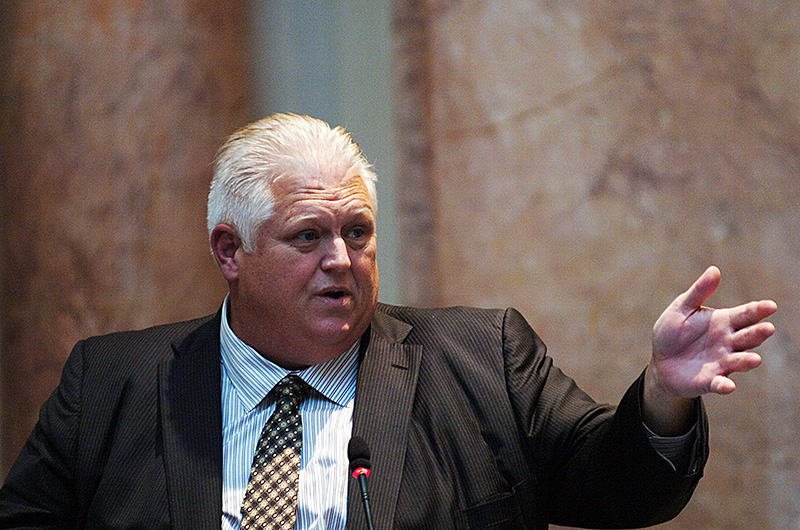 FRANKFORT—Police, fire fighters, and emergency medical services personnel would be added to those protected under Kentucky’s hate crime statute if a bill passed by a House committee today becomes law.

Under House Bill 14, sponsored by House Majority Whip Kevin Bratcher, R-Louisville, those who assault, kidnap, or commit certain other violent offenses against first responders could face stricter sentencing in court. Currently only the legally protected classes of race, color, religion, and national origin, as well as sexual orientation, are covered under the state’s hate crime statute.

“I just think we need to show if you attack one of our first responders, you’re going to get the full brunt of the law,” Bratcher said.

Rep. Joni Jenkins, D-Shively, voted against the bill in committee. She said she understands the urge to pass the bill as a “philosophical pat on the back,” but said real help for officers would come from safeguarding their pensions and reducing gun and drug crime.

Speaking in favor of HB 14 was Rep. Robert Benvenuti, R-Lexington, who said the bill would offer first responders protection under the law even when they are not “engaged,” or involved in a physical action, with a suspect.

“We’re not talking about a situation where a police officer is involved in an action—there are already crimes for that when they are killed or injured,” said Benvenuti. “We’re talking about executions of individuals because of the shield they have on their chest. Nobody…ought to be subject to execution because they put on a badge in the morning.”

HB 14 now goes to the full House for its consideration.