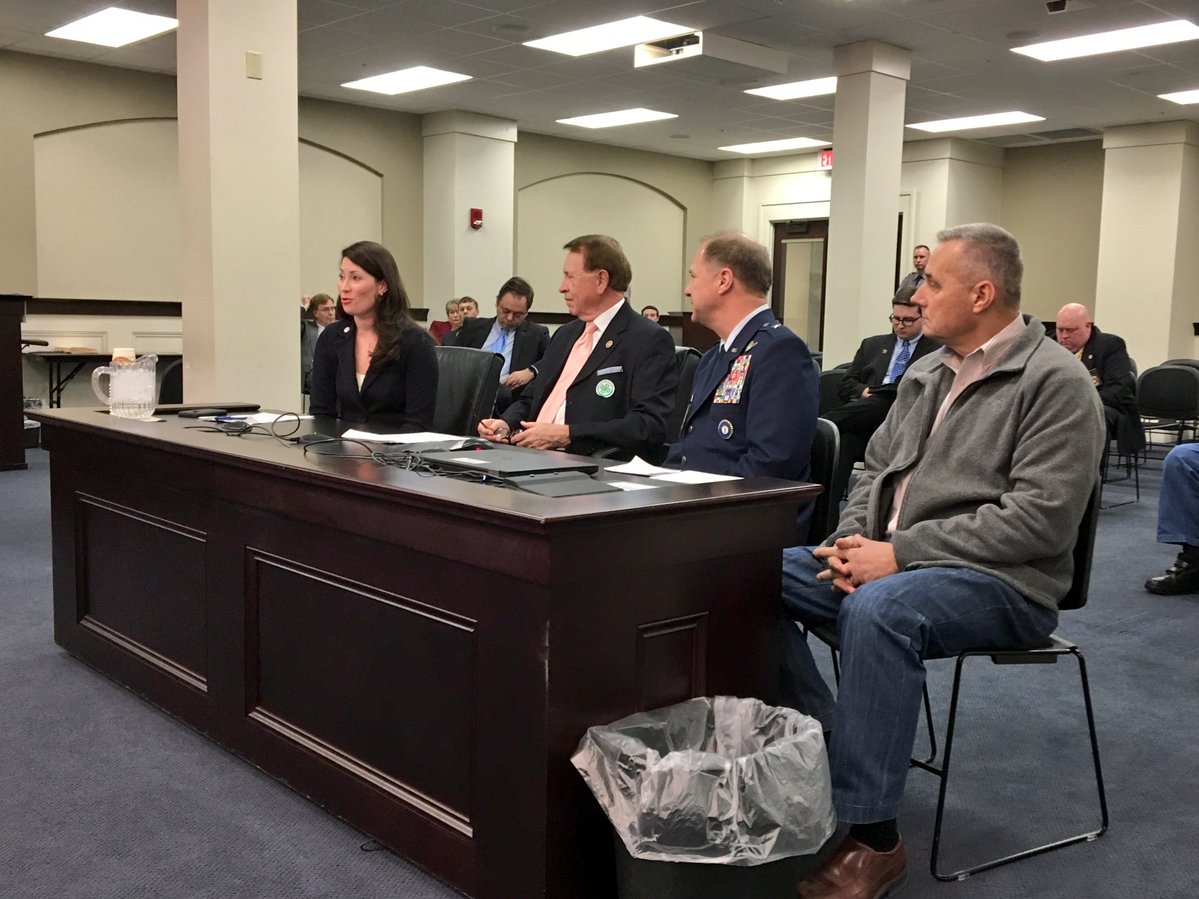 Photo: Office of Secretary of State

“More than 330,000 Kentucky men and woman have fought for our rights, and I’ve been committed to fighting for them,” said Grimes. “A mission of my administration is to honor the service and sacrifice of our veterans. The ‘Boots to Business’ initiative is way to help veterans begin writing new chapters in their lives.”

“The Secretary and I have been working on this legislation for two years, so I was happy to carry it again to help pay tribute to Kentucky’s veterans,” said Richards. “We owe a great debt of gratitude to our veterans, and House Bill 114 is how the commonwealth can again say, ‘Thank you.'”

Grimes unveiled the “Boots to Business” initiative in the 2016 General Assembly. The House passed the measure last year without a single dissenting vote, but the Senate did not consider the bill.

“As a veteran, it feels good to know that someone is there supporting us. Support for the military–active-duty or veterans–is not what it used to be,” Kinsel said at the time. “Having Sec. Grimes present a bill like this helps not only with the monetary value, but with emotional value. I think I can speak for the majority of veterans that the thing that makes us happy is the fact that Sec. Grimes is continuing to help veterans.”
House Bill 114 now goes to the full House of Representatives for consideration.