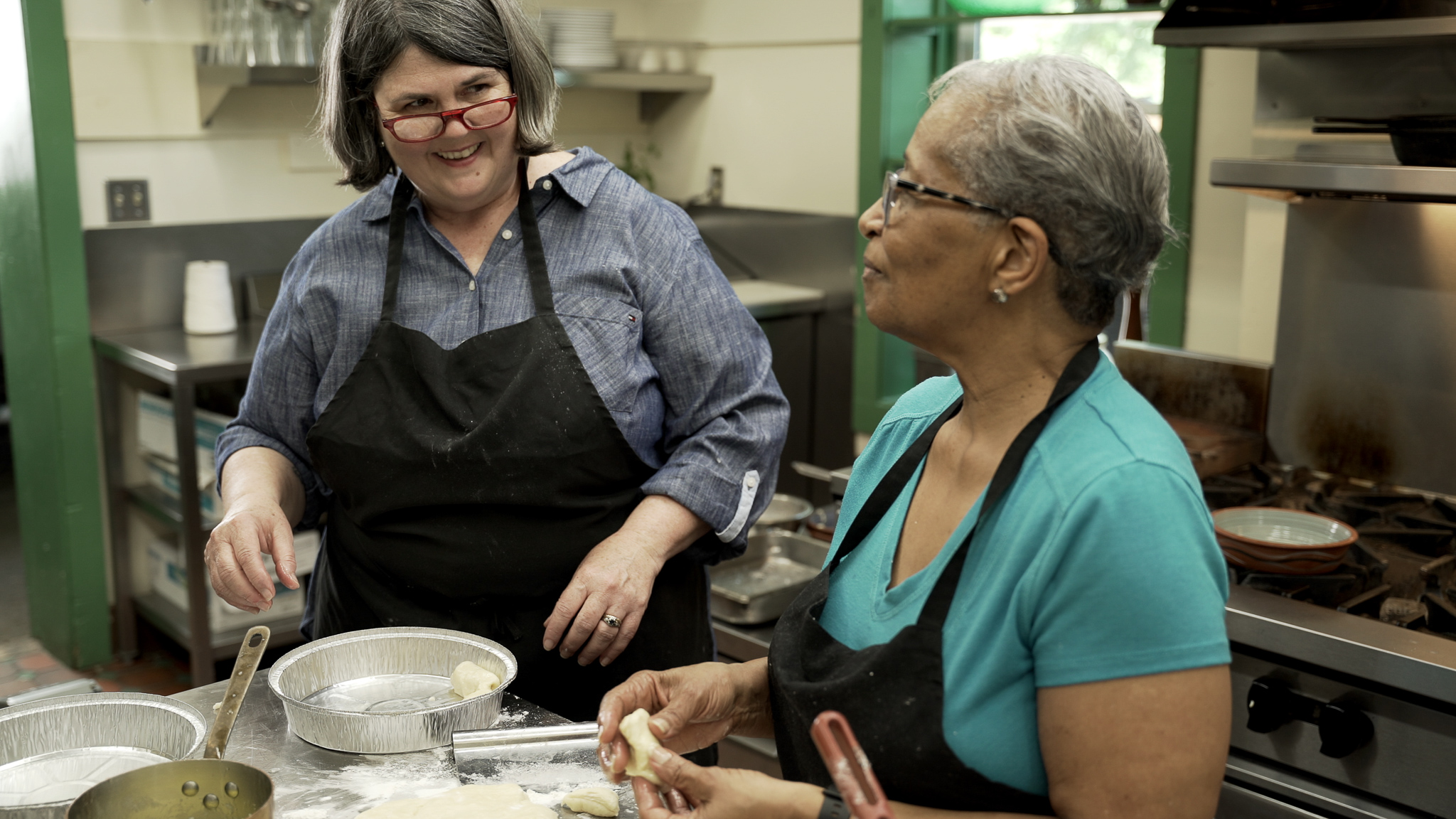 Chef Ouita Michel has created a video series as an extension of the lifestyle brand, Holly Hill.

Partnering with acclaimed filmmaker Harrison Witt, the upcoming series titled, Up Home with Ouita Michel, shines a spotlight on the meaning behind food; how it builds community and shapes relationships. Celebrating local agriculture, family heritage, world cuisine, and social justice, allows viewers to learn and grow alongside her. The video series that chronicles the food culture of Kentucky—one relationship at a time—released on April 7, 2022, on the Holly Hill website, www.hollyhillandco.com.

Up Home will showcase stories that make up the Holly Hill community. Weaving together relationships, food, and artistry, Chef Michel welcomes viewers into the Holly Hill family, highlighting how food can drive connections in life. Known for her family of restaurants including Holly Hill Inn, Zim’s Cafe, Wallace Station, Smithtown, Windy Corner Market, The Midway Bakery & Cafe, and Honeywood, Michel’s goal with the video series is to redefine food culture by celebrating the stories behind it while answering the multi-layered question, What is Kentucky’s cuisine?

“We believe that food culture should reflect the diverse experiences, preferences, and identities fof all individuals. We fiercely embrace different tastes, flavors, recipes, and people, and invite the world to do the same,” said Chef Michel.

The video series will feature stories from Michel’s restaurants and cookbook (Just a Few Miles South), as well as spotlights on local farmers, agriculture, and the Kentucky community as a whole.

“Our story goes deeper than what’s on your plate. It’s woven by the people, places, and ingredients behind every dish. And when we celebrate these things, a new food culture is born—paving the way for generations to come,” said Chef Michel.

Up Home with Ouita Michel fills a unique gap in the entertainment and culinary marketplace. It pulls back the curtain on Kentucky’s cuisine and its history, as well as Michel’s path into the heart of it.