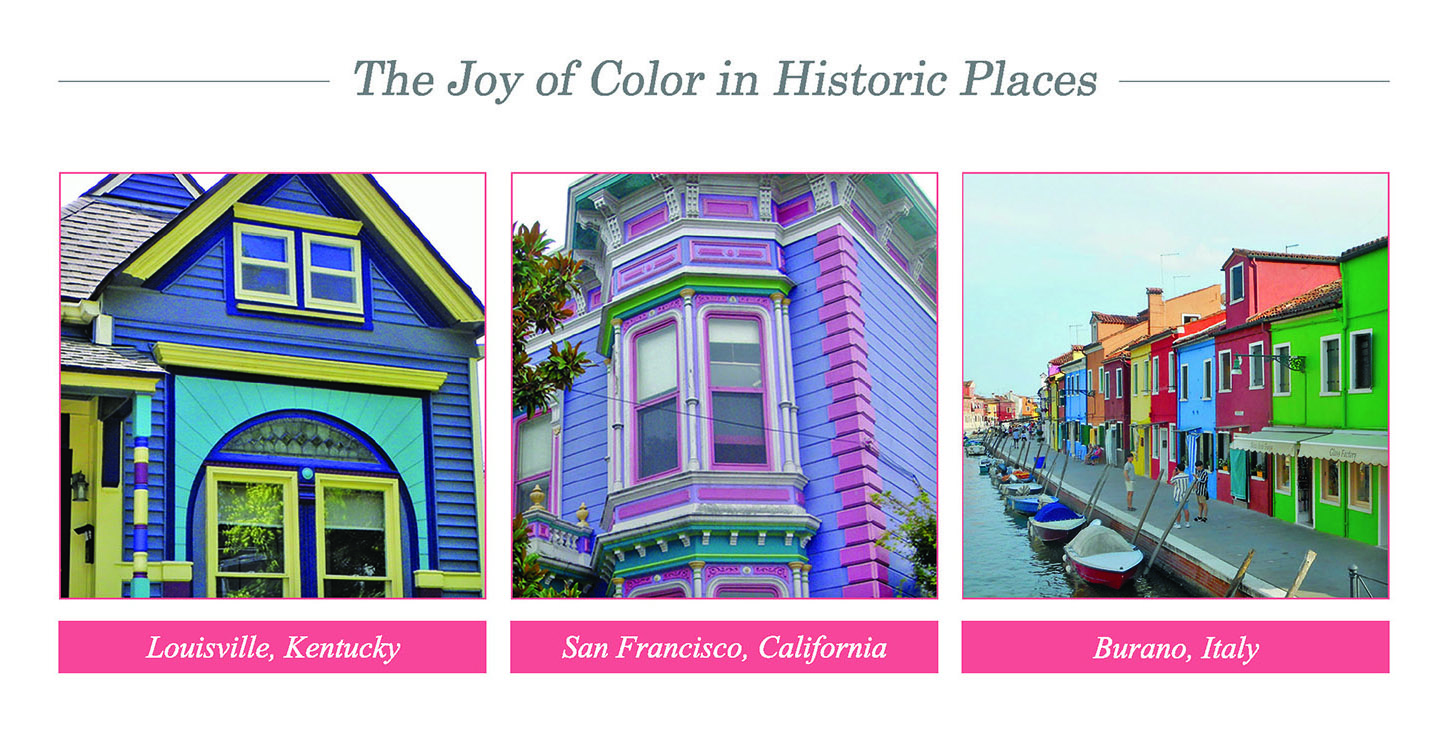 New neighborhoods seem to be popping up in every direction, featuring homes that have an element of sameness. Neutral colors are often viewed as a must for the sake of resale and for proper neighborhood flow. However, as individuals, there is merit to standing out and expressing ourselves, being real and presenting a true version of self. Why do homes and neighborhoods not express this same freedom? University of Louisville professor John “Hans” Gilderbloom explores the effect of color in Chromatic Homes, (University Press of Kentucky, $24.95).

Gilderbloom, who directs the university’s Center for Sustainable Urban Neighborhoods, is considered one of the foremost urban thinkers. He wanted to show how cities have rejuvenated entire neighborhoods by following the protocols of San Francisco’s “painted ladies,” Victorian homes with three or more colors embellishing architectural details. This desire led to the coining of the term “chromatic home,” a more encompassing name to include homes outside San Francisco and various styles in addition to Victorian. His book features vivid and colorful photos of many such homes, sorted by city, providing a joyful burst of eye candy perfect for a coffee table conversation piece.

“Housing is more than shelter. Entailing growth, support, nurture and refuge, it is a symbol of who we are,” Gilderbloom explains. “The color, vibrancy, imagination and creativity inherent in chromatic homes are expressions of self and community—colorful structural expressions that speak to the most precious part of what makes us human.”

Interested readers can find plentiful examples of chromatic homes just a short drive away.  Louisville, Covington and Cincinnati all boast neighborhoods that have been saved from desertion and decay with the simple addition of wonderfully bright color. In fact, Gilderbloom wrote this latest work from his own Louisville chromatic home, pictured in the book.