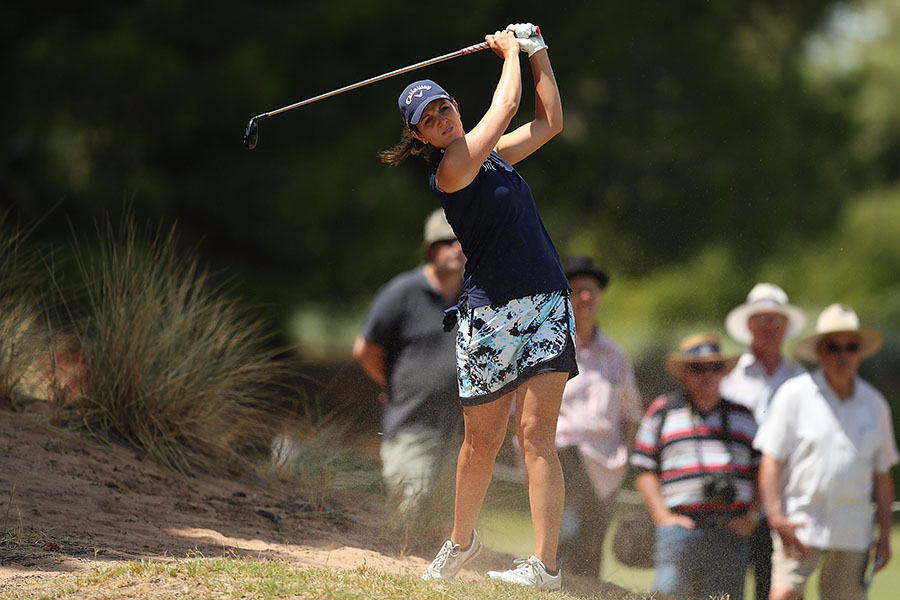 ADELAIDE, AUSTRALIA - FEBRUARY 17: Emma Talley of the United States hits her second shot from the rough on the 2nd hole during day three of the ISPS Handa Australian Women's Open at Kooyonga Golf Club on February 17, 2018 in Adelaide, Australia. Photo by Mark Metcalfe/Getty Images

Pro golfer Emma Talley grew up on the course—literally. Her family’s home is near the 16th hole of the Princeton (Kentucky) Golf and Country Club. Even so, “No one in my family played golf,” she says.

Still, it’s not surprising that when Talley discovered the game at 9 or 10, it was love at first swing. Talley went on to win state championships at Caldwell County High School and a national championship at University of Alabama, where she sometimes shared the course with her friend and fellow Kentuckian Justin Thomas. Last year, Talley earned a spot on the Ladies Professional Golf Association (LPGA) Tour and her career is off to a promising start.

By mid-April, she’d played in six tournaments in 2018, with her best finish coming in the ISPS Handa Women’s Australian Open, where she finished tied for seventh. At that date, Talley was ranked third in the race for Rolex Rookie of the Year. “I have a lot to improve on, but I like where my game is going,” she says.

As of this writing, she’s earned nearly $52,000 from tournaments so far this year, a number that partly reflects the fact the LPGA pays less than the PGA.

Talley competed in the ANA Inspiration tournament this spring, a major championship with a top prize of $420,000. A week later, Thomas competed in The Masters; top prize—just under $2 million. “Unfortunately, the money’s a lot different,” Talley says, “but you can still make a great living.”

Talley says golf has its ups and downs, and a pro has to play through both. Her rule: “If you win a tournament, you get that night to celebrate, and the next day you have to get back to work on your game. If you lose, you get 10 minutes to whine and complain.”

After all, the game always offers another round, another course, another tournament. “You’re never going to perfect it,” she says. “That’s what brings you back the next day.”