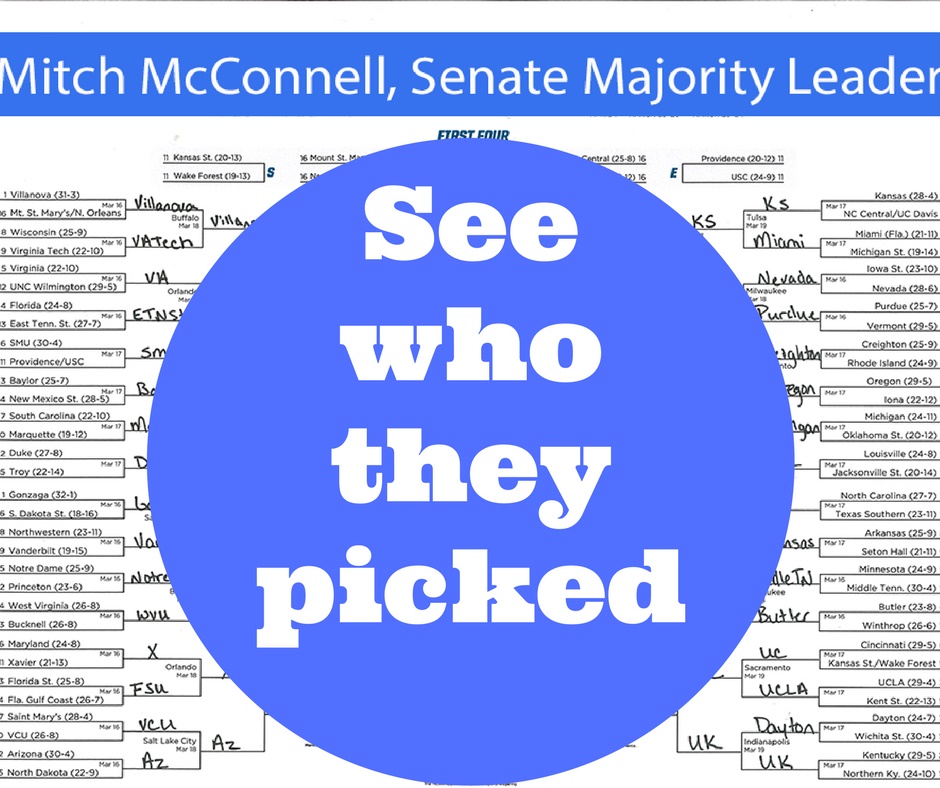 LOUISVILLE, Ky, (March 14)—Fans of basketball in the Bluegrass State will have reason to watch through the final game of the NCAA Tournament, if predictions hold true from a panel of notable Kentuckians who shared their tourney brackets with Kentucky Living. Scroll down to see all brackets.

While Senate Majority Leader Mitch McConnell and Congressman John Yarmuth have little in common, politically, the Louisville residents both have their hometown team winning it all.

McConnell, a graduate of both the University of Louisville and University of Kentucky, predicts that Louisville will defeat Kentucky in the Final Four, and proceed to win their fourth national championship with a victory over the Duke Blue Devils.

Yarmuth predicts a Sweet 16 exit for the Wildcats, losing to UCLA.

Kentucky Attorney General Andy Beshear predicts UK will defeat U of L in the Final Four.

Grimes marked her championship bracket with a bold “UK” in blue marker.

Kentucky Living Great Outdoors writer Dave Baker of Kentucky Fish and Wildlife and editor for the department’s magazine, Kentucky Afield, cannot be accused of being a “homer” with this bracket.  Baker predicts neither Kentucky or Louisville will reach the Final Four.

Other notable Kentuckians sharing their brackets include:

As Kentucky Living receives other brackets, (before tipoff!), we will update this story. 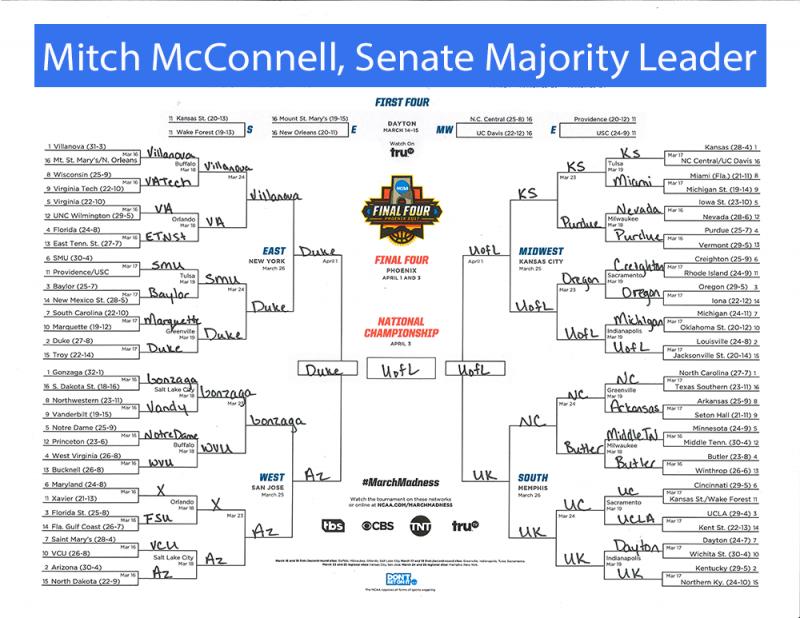 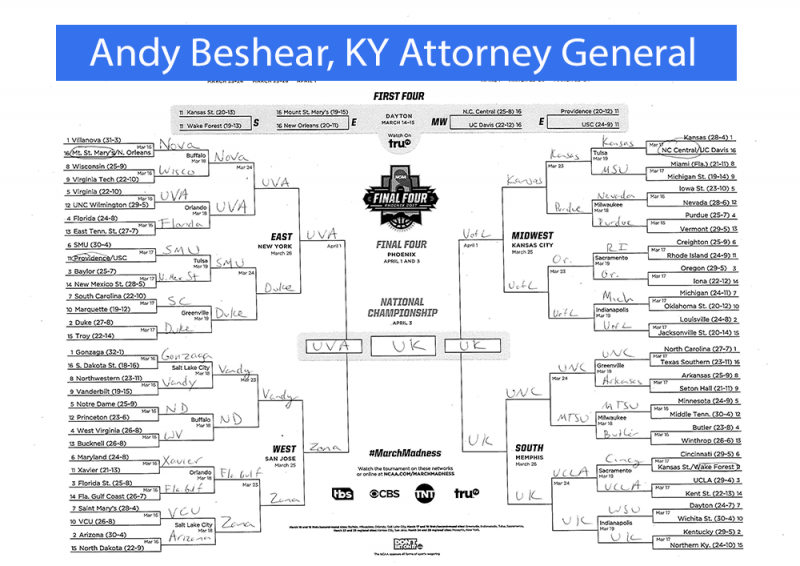 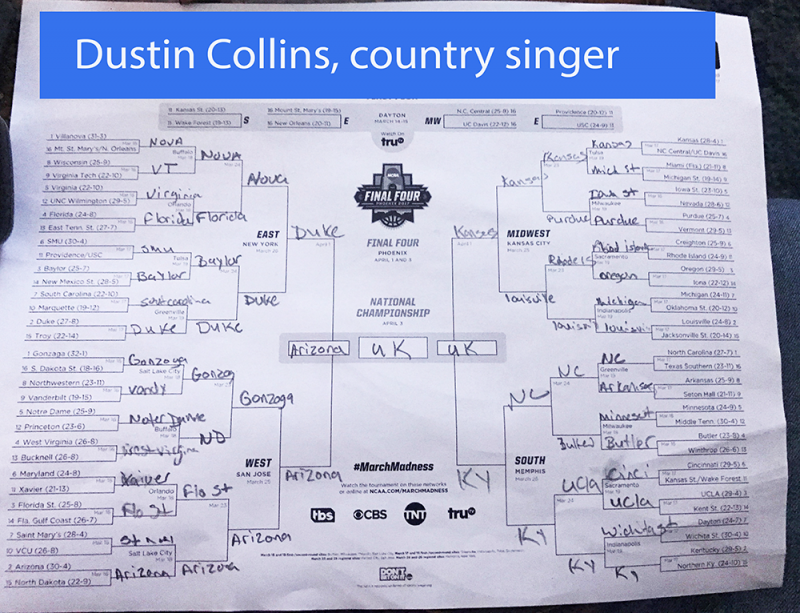 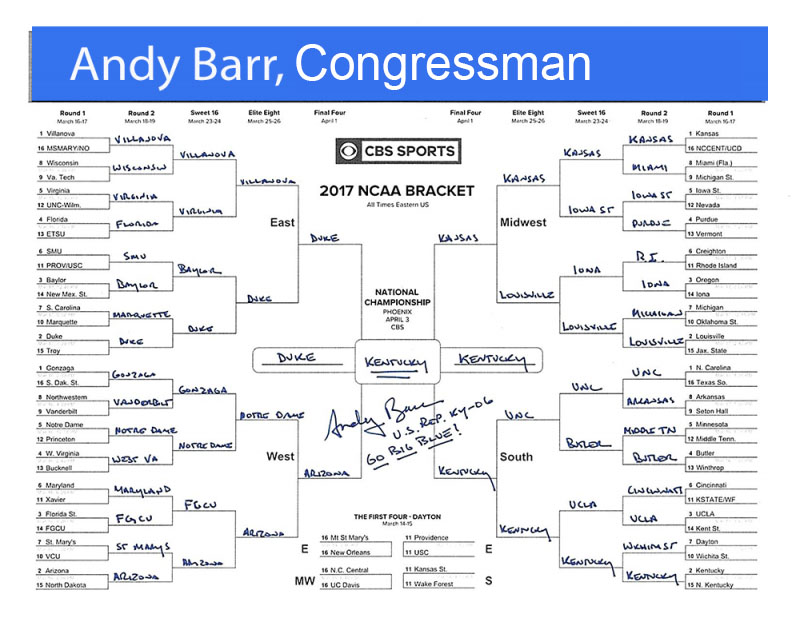 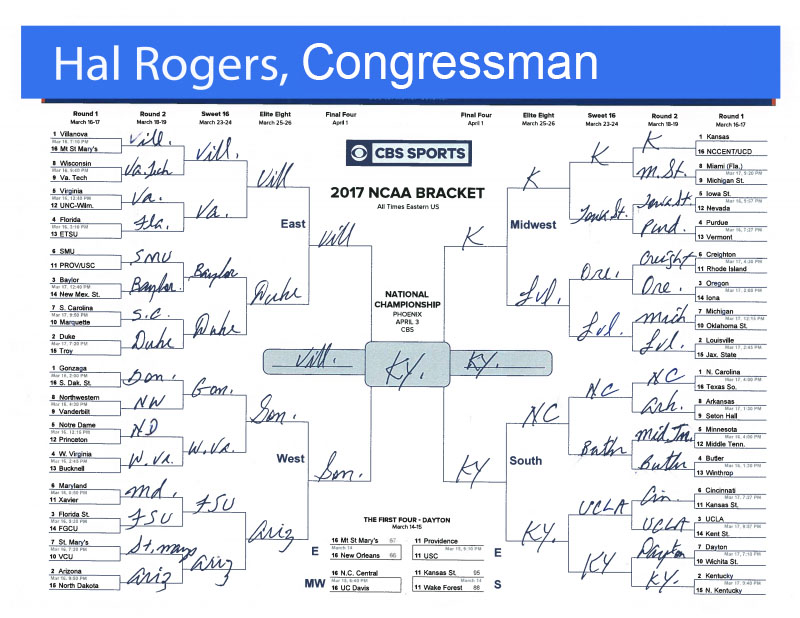 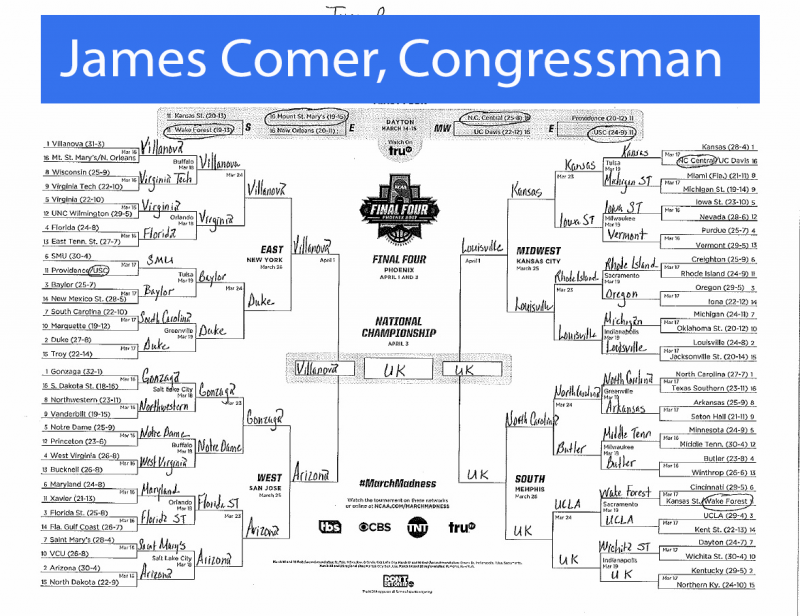 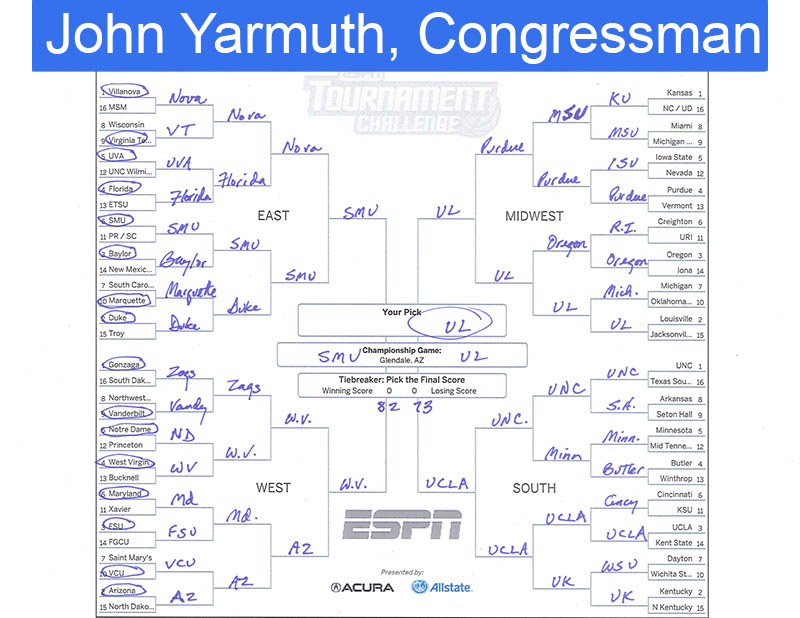 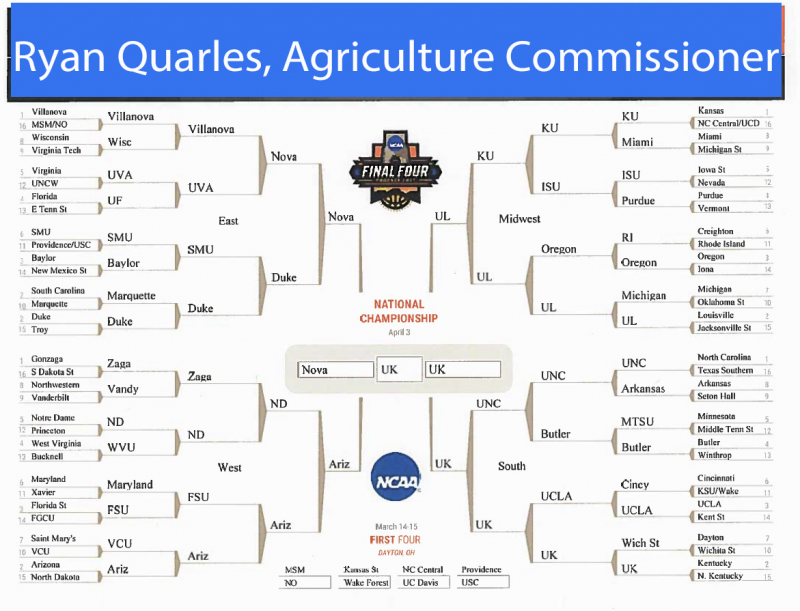 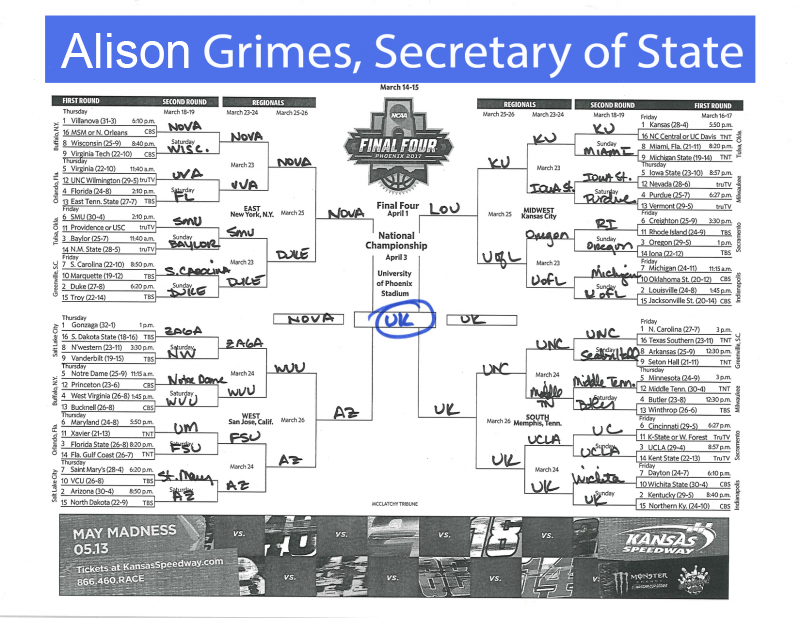 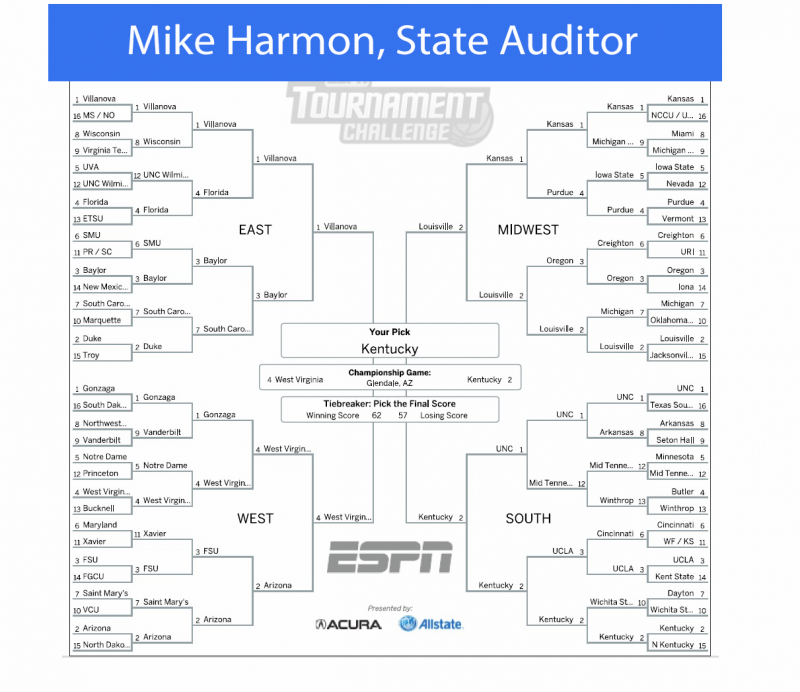 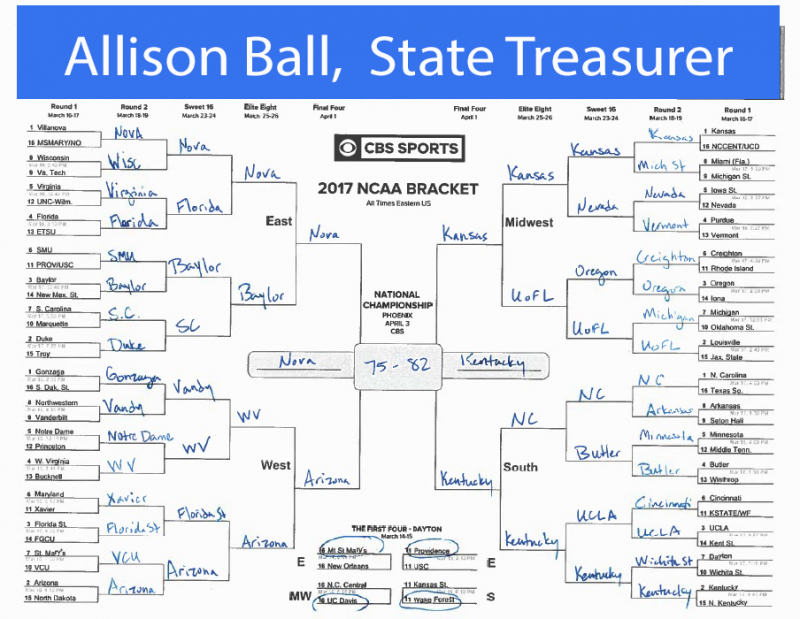 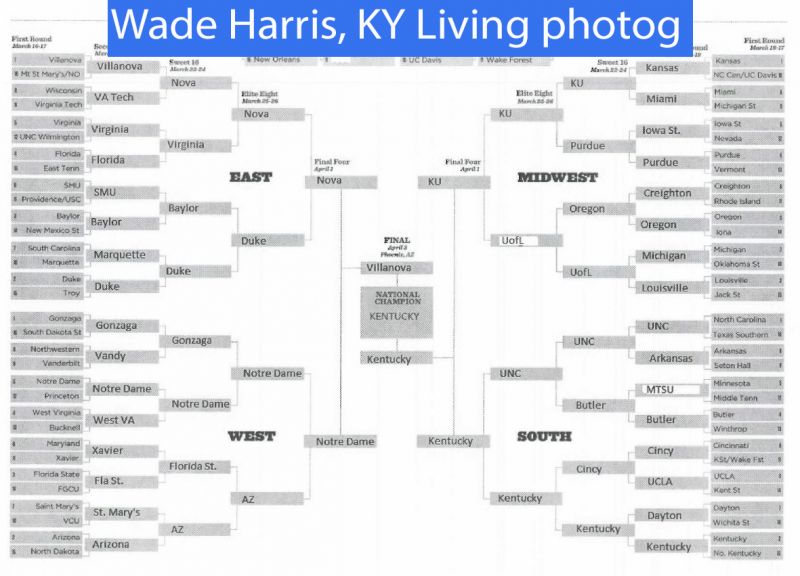 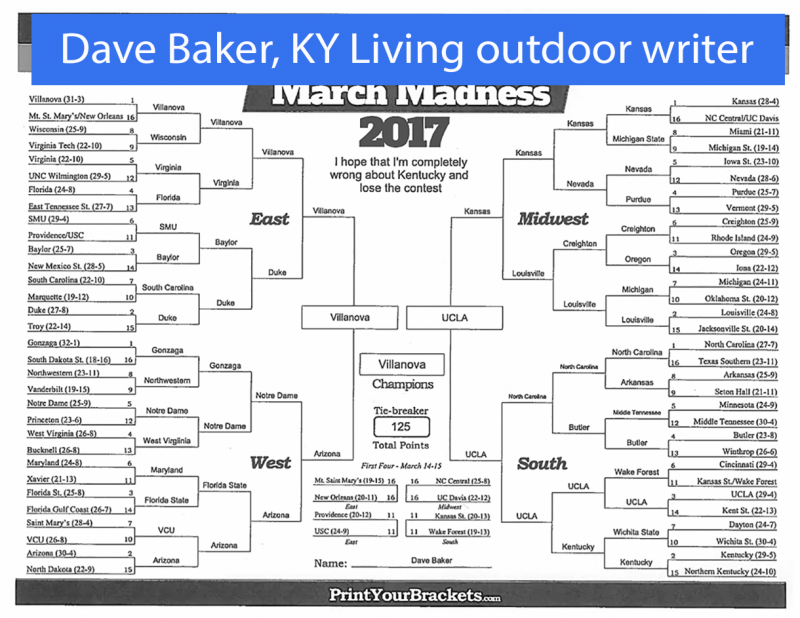 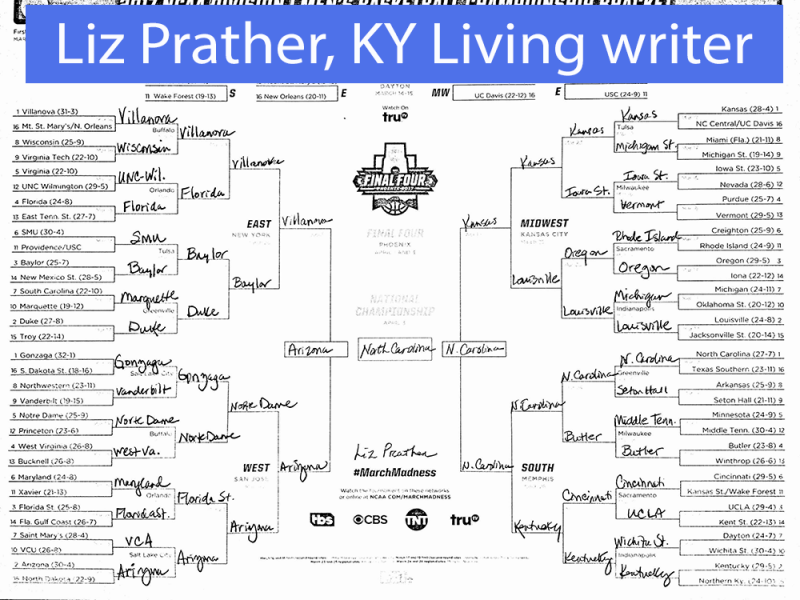 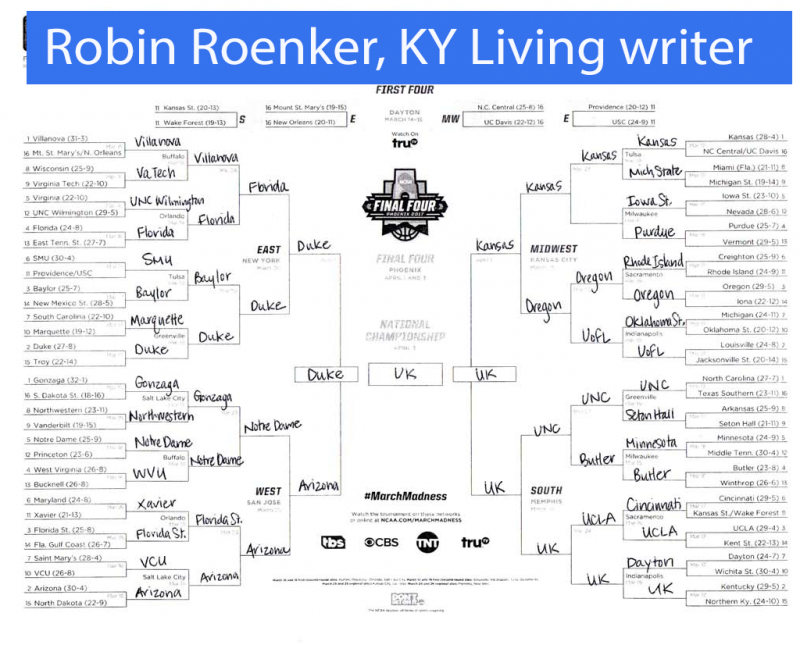 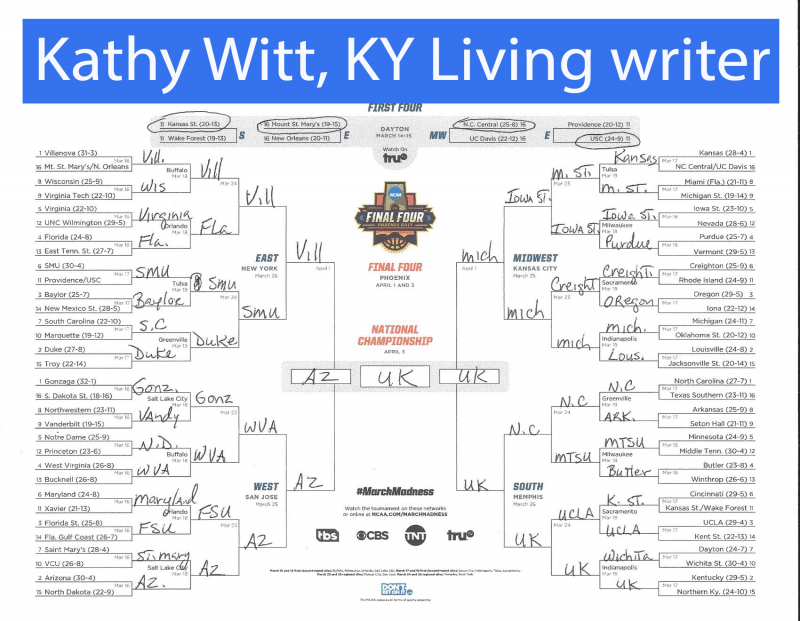 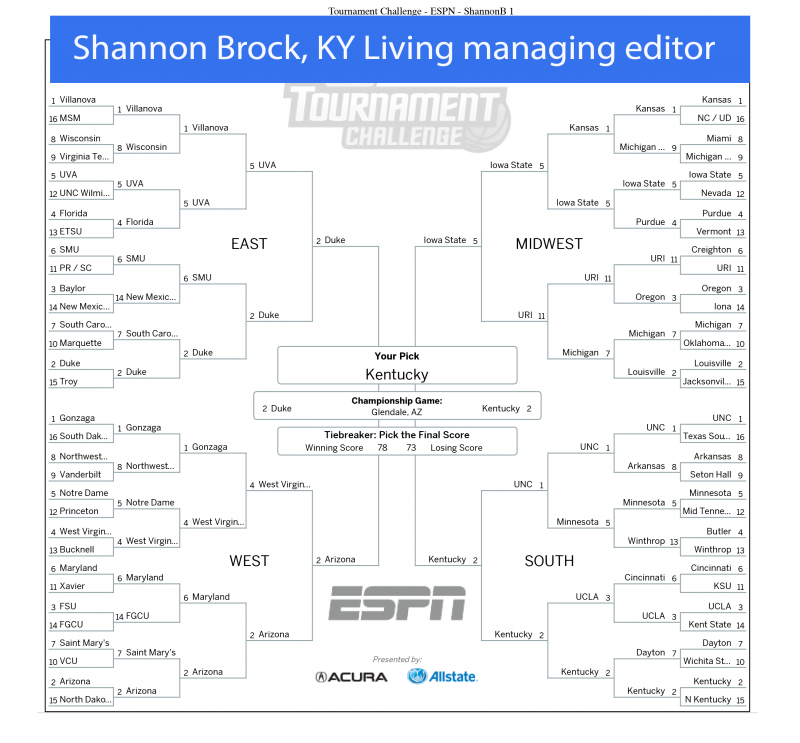