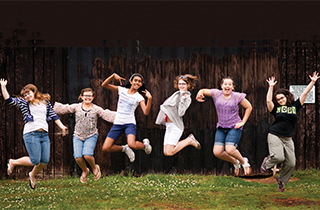 Want to find funds to launch a novel business idea or product, write your memoir, pay for a pet’s care, or even fund that cross-country bike trip you’ve always dreamed of?

Whatever your funding goals, it’s likely there’s a crowdfunding platform to fit them.

Crowdfunding—familiar to many through established sites like Kickstarter and IndieGoGo—is the term for a broad array of literally hundreds of online platforms that allow entrepreneurs, artists, small-business owners, even school PTAs, or individuals facing challenging personal expenses to make an online appeal for monetary pledges or donations.

Estimates predicted that some $5.1 billion would be raised through crowdfunding in 2013, nearly doubling the $2.7 billion raised in 2012.

Since its launch in 2009, Kickstarter alone has raised $831 million in pledges from more than 5 million people—resulting in the funding of more than 50,000 projects covering everything from innovative technical gadgets to self-published comic books.

Michael Ward, Mac Glidewell, and Ben Wilson, a trio of 23-year-old Boyle County natives, are hoping to tap into this crowdfunding momentum to help launch their new start-up company, TagaPet, and further develop their product: an idea for a smarter, better dog collar.

The group launched an IndieGoGo campaign, complete with an online promotional video and an offer of prototype tags in return for pledges, which ran from late September through mid-November last year, aimed at raising $25,000. Their goal for the money was to continue improving product design of their dog tags, which feature QR codes that can be scanned by any smartphone to help quickly identify and reunite lost pets with their owners.

The tags connect with a customizable online profile page, where pet owners can list their phone number, e-mail, and even directions to their home if their animal goes missing.

“It’s more than just a tag, it’s really a service as well,” notes Michael Ward, the company’s co-founder and CEO, who got the idea for the product when he adopted his dog, Lilly. “With our tag system, via one click of a button on your profile page, a pet owner can send a ‘lost pet’ notice to their social media networks on Facebook and Twitter as well as send an automatic alert to area veterinarians and animal shelters, the places people might most likely turn in a missing pet.”

Think of it as the 21st-century version of posting a lost pet poster on the corner stop sign. The tag links to a pet profile, the GPS of the pet’s location, and sends lost pet alerts without a monthly fee.

“Crowdfunding is such a boon to entrepreneurship,” says Glidewell. “It makes it so much cheaper to prototype and get an early read on demand for your product. There really is no downside to doing it.”

Their IndieGoGo campaign raised more than $3,400 and is being used to help develop their second pet tag, which donors will receive this spring.

Suzanne Bergmeister, entrepreneur-in-residence at the University of Louisville, agrees, noting that she encourages all of her entrepreneurial students to incorporate crowdfunding campaigns into their business start-up plans if it makes sense. “If you can go on Kickstarter and show that your campaign sold 500 of your (prototype) products, then that is going to look good later on, from an investor’s standpoint, when the students go out to seek angel investors or venture capitalists for their businesses,” she says.

The key, though, to a successful crowdfunding campaign is to plan carefully before launching it, says Wilson. Campaigns that fizzle are those that expect the crowdfunding site to do all the work for them. Those that work are the ones whose creators actively drive traffic to the campaign site, via social media, bloggers, traditional and niche media, even special-event tie-ins.

“What you have to aim for with your campaign is the surround-sound effect,” Wilson says. “You want to have people seeing it from their friends’ posts on Facebook, and then they see it on the news, and on a blog.”

Filmmaker and Louisville native Rory Delaney, who is now based in Los Angeles, California, raised more than $42,000 from 335 backers in his successful Kickstarter campaign last summer to fund The Rivalry: Red V. Blue, his documentary about the intense basketball rivalry between the University of Kentucky and the University of Louisville. He credits out-of-the-box thinking—like a fun Red versus Blue fan party at dueling, across-the-street bars in Louisville—with pushing him past his funding goal in the final days of his campaign.

With the funding he secured through Kickstarter, Delaney was able to complete and premiere his film—which includes interviews with Denny Crum, Joe B. Hall, and many others—in advance of last month’s UK/U of L basketball matchup. (Go to www.redvbluefilm.com for how to buy or view the documentary.)

“We raised $1,000 just through the party, but even more importantly, people who attended were tweeting about it and posting pictures on Facebook, and that helped spread the word about the film to an even larger audience,” Delaney says.

A New Age in Crowdfunding
Many of the most well-known crowdfunding sites like Kickstarter and IndieGoGo offer what is known as “pledge-based” or “rewards-based” crowdfunding campaigns. Literally, they offer rewards like copies of a group’s forthcoming CD or, in Delaney’s case, copies of his DVD and cool “I am Red” or “I am Blue” t-shirts, sweatshirts, and bumper stickers to funders at various pledge levels.

But a new era of equity-based crowdfunding is about to emerge.

When new securities and investment guidelines go into effect, likely this year—in accordance with the JOBS (Jumpstart Our Business Startups) Act passed by Congress in 2012—business start-ups and existing ventures will be able to offer shares of stock in their companies to nonaccredited investors (those with less than $1 million net worth) via crowdfunding for the first time ever.

The new guidelines will be a game-changer for investors and entrepreneurs, says Kent Oyler, chair of CommonWealth Crowdfunding, a Kentucky-based group whose goal is to educate small businesses in Kentucky about crowdfunding opportunities.

Ted Smith, director of Economic Growth and Innovation for the city of Louisville and a fellow member of the CommonWealth Crowdfunding group, has worked to offer quarterly workshops to Louisville-area small-business owners who want to tap into crowdfunding platforms as a means of getting “small injections of capital in order to grow or maintain their businesses,” he says.

“To be successful,” Smith says, “each of these business owners has had to create an interesting human, positive story out of their situation and their particular need.”

Having a project pitch that resonates with people, with an online video that captures not only your enthusiasm for the project but also your ability to carry it through, is key to any successful crowdfunding campaign, says David Scifres of Bowling Green.

Scifres, his now eighth-grade daughter, Anna, and five of her friends helped a successful Kickstarter campaign called Terra Incognita: The Edge and Back in July 2012, launching a helium-filled balloon with a video recorder and camera 120,000 feet up to take stunning, high-altitude photos and video of the Earth’s surface. With $5,100 in funding from 226 backers across at least 12 countries, their project exceeded its $3,600 goal and was voted one of the site’s best campaigns of 2012.

“When I first saw the pictures we took, my first thought was, ‘I can’t believe we did this,'” Anna says. “It was such a great experience, and one that not too many people would ever get to have.”

“The cool thing about this project was that it touched all the different disciplines for the girls,” says David. “It incorporated filmmaking, fund-raising, and marketing in addition to all the science and math involved in trying to pull the whole thing off.”

After the successful balloon launch and retrieval, the girls got to present their photos and videos to an entire assembly at their former elementary school, Cumberland Trace Elementary in Bowling Green.

You can watch the final video project online at www.edgeandback.com.

“To see the look on the girls’ faces, to see the confidence it gave them, as they saw how inspiring their project was to all the other kids, to me that was the best part of the entire project,” David says.

There are several types of crowdfunding sites:
• pledge-based (also called rewards-based) offers products or incentives as “rewards” for pledges of funding at various levels
• equity-based crowdfunding offers shares of stock in a company in return for funding
• debt- or loan-based crowdfunding allows start-ups and existing ventures to borrow funds as loans against equity in their businesses
• donation-based, where a charitable or civic cause is funded online

There is perhaps no greater college basketball rivalry than the one between the University of Kentucky Wildcats and the University of Louisville Cardinals. And filmmaker Rory Delaney’s The Rivalry: Red V. Blue—the first documentary ever to highlight this storied rivalry—comes at the perfect time, fresh on the heals of back-to-back national championships for the two storied teams (UK in 2012, and U of L in 2013).

“Everyone has been in disbelief that the rivalry between UK and U of L has not been immortalized in a documentary before now, so they were more than happy to tell us about their memories of the early years, and reflect on the current events of the last couple of years, with the rivalry really heating up,” Delaney says.

Delaney and his partners premiered the film in Louisville and Lexington in December, in advance of the UK/U of L basketball matchup. They will be planning other screening dates throughout the state. In the coming months, they hope to make their film available for purchase online and via streaming at Netflix and iTunes. For more information about how to buy or view the film, go to http://redvbluefilm.com.