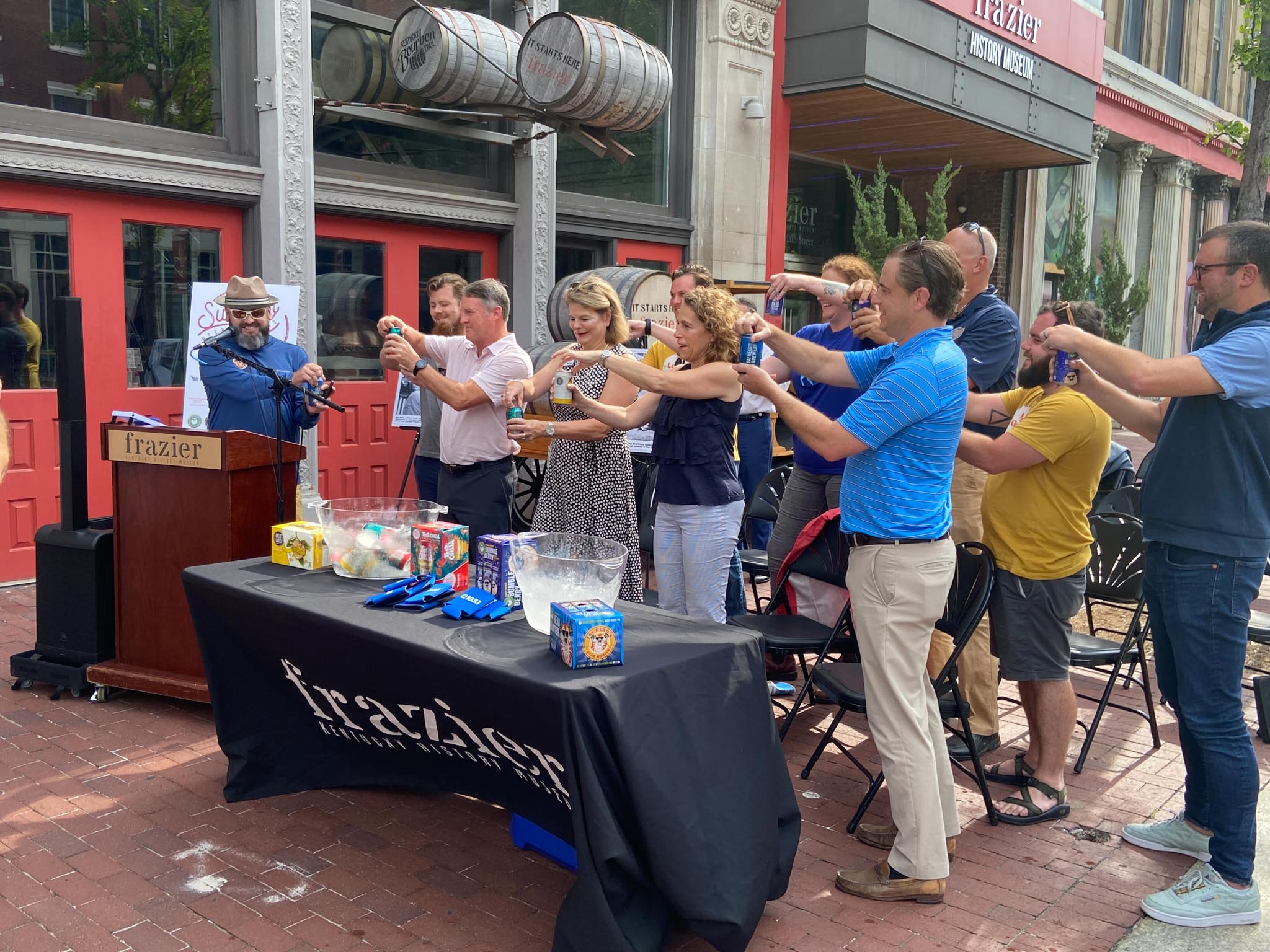 After a successful debut in 2021, Summer Beer Fest at Frazier is back—and moving to Main Street!

This will be the first beer festival on Main Street in over 25 years. “Some of you may remember between 1987 and 1996 the very popular Strassenfest was just down the street, right here on Main,” Frazier president and CEO Andy Treinen said. “This year, we are blocking off the area between Eighth and Ninth and Main and Washington to throw a party right here on Main Street.”

A “Buy 3, Get 1 Free” discount tickets package is being offered this week. The discount is being offered July 6 through July 16. The discount package applies to General Admission tickets only. As for VIP tickets, they sold out in 2021 and will again this year—so grab a group and secure your tickets today! A VIP Tickets includes an extra hour, access to the museum—with exhibitions, not to mention air conditioning and indoor plumbing—plus exclusive beers.

Shippingport Brewing will host the official afterparty. Opened last summer at 1221 West Main Street, Shippingport Brewing Company and Sallyforth Taproom has agreed to host the official afterparty. Founder and brewmaster Amelia Pillow said festivalgoers can attend the beer fest from 5 to 8 p.m. then walk over to Shippingport to keep the good times going. If you attended the beer fest, and are still wearing your wristband, you get free hot dogs and $1 off all beers! There will also be a Special Taproom-only beer release. A DJ will perform from 7:30 to 10 p.m. Admission is free.

Squeezebot and Nervous Melvin and the Mistakes comprise the music lineup. First, Louisville quartet Squeezebot will perform their speakeasy-style tunes, incorporating tuba, banjo, and accordion. Then, legendary Louisville group Nervous Melvin and the Mistakes will perform! And it won’t be their first Main Street beer fest gig: They played Strassenfest back in August 1990.

And the bands will perform from a rooftop balcony! Opened in 2018, the Frazier’s Gateway Garden—the courtyard between the museum and the building to its east—includes a second-story rooftop garden. Its balcony just a few feet out over the sidewalk—providing a one-of-a-kind view of historic West Main Street. Both bands will perform on the balcony facing Main Street, so festivalgoers can enjoy the music while visiting beer vendors and food trucks.