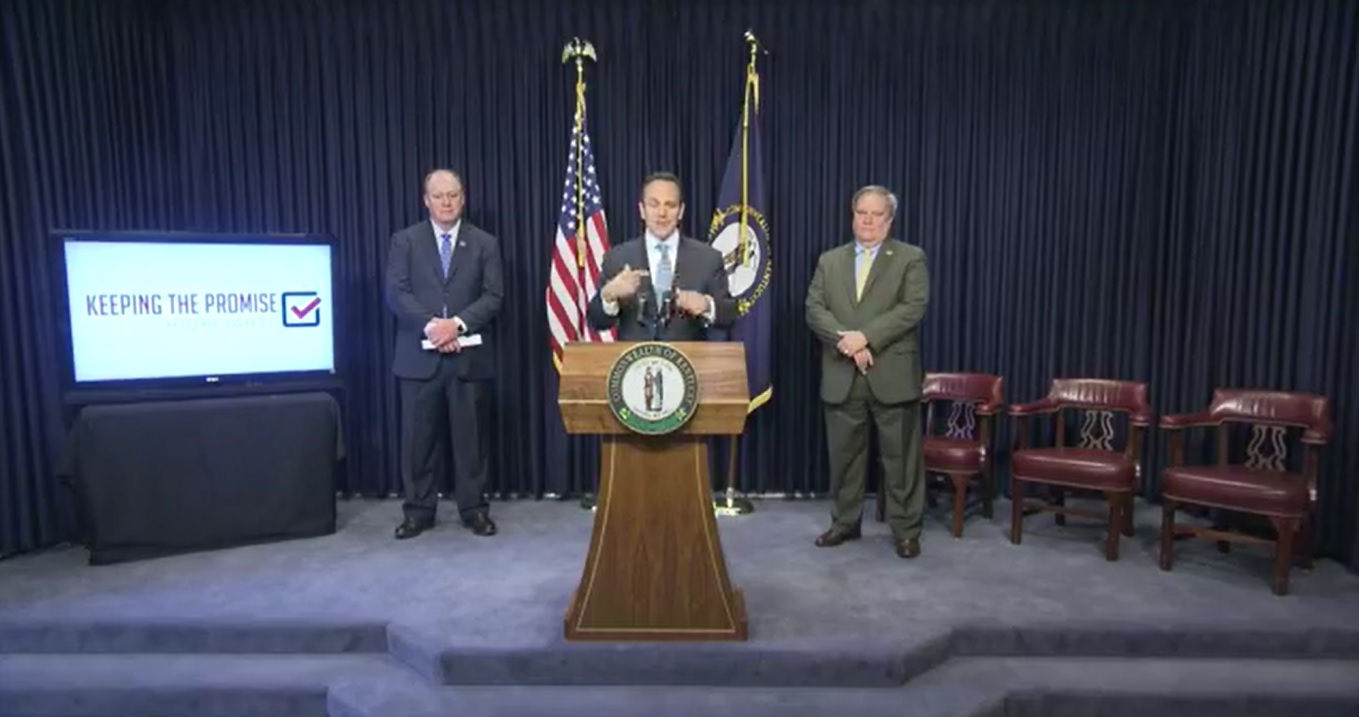 “There is no such thing as an insurmountable obstacle,” said Gov. Bevin. “We, as a Commonwealth, have a moral and legal obligation to fulfill the promises that have been made to our public employees. This is not just about fixing our present underfunding problem. It is also about ensuring that we leave a better, financially stable Kentucky to our children.

“The right thing to do is rarely the easiest, but we are determined to address this crisis with the most fiscally responsible public pension reform plan in the history of the United States. I am confident that the rest of the country will pay close attention to this excellent work by our legislature and for good reason. For those retired, for those still 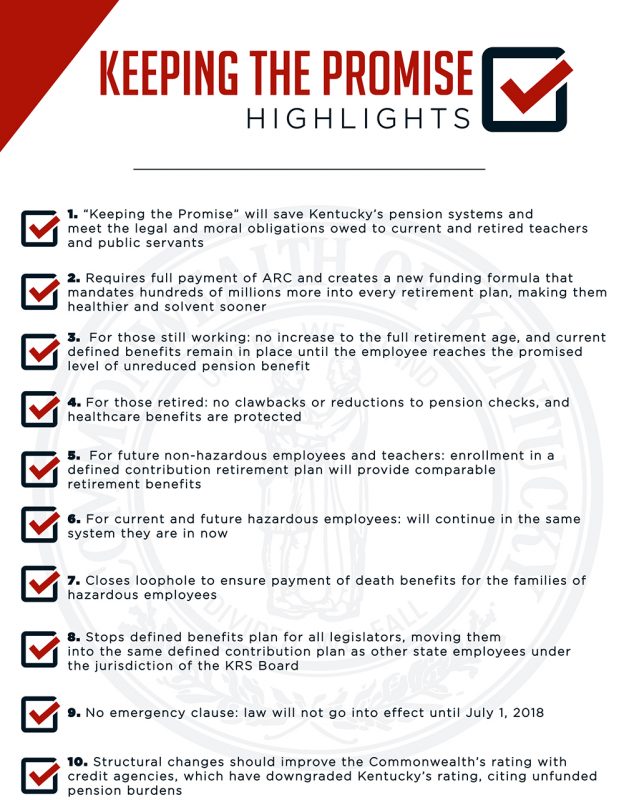 working, and for those yet to come: we are truly fixing our broken pension systems. United we stand. Divided we fall.”

Highlights of the plan include:

Gov. Bevin will call the General Assembly into special session in the coming weeks to pass into law these much-needed reforms.

“Our state’s pension systems are among the worst-funded in the country,” said Senate President Stivers. “In order to move these systems forward along the path to solvency, bold action is required. The framework that we have in place for a pension reform bill is morally right, fiscally responsible, and legally defensible. I thank Governor Bevin, Speaker Hoover, and all my colleagues in the Legislature for their help and support throughout this process, and I look forward to hearing feedback from constituents and moving forward in the coming weeks.”

“Kentucky’s pension problem has been a long time in the making, and has only gotten worse by past leaders who failed to act, or even acknowledge, the issue,” said Speaker Jeff Hoover. “Unlike in the past, inaction is simply not an option. The New Majority is committed to address the pension problem by providing a strong foundation that results in long-term pension stability for public workers and teachers.”

The state currently has an unfunded pension liability of at least $64 billion, ranking as the worst funded system in the nation. Using prior funding patterns, experts conclude that the Kentucky Employee Retirement System, Non-Hazardous (KERS-NH), will run completely out of money by the year 2022 if meaningful pension reform does not occur.

With $7 billion in negative cash flow over the past decade, Kentucky’s pension spending has been increasing nearly five times as fast as revenues. This effectively reduces funds available for other important budgetary priorities such as education, healthcare, public safety and transportation infrastructure.