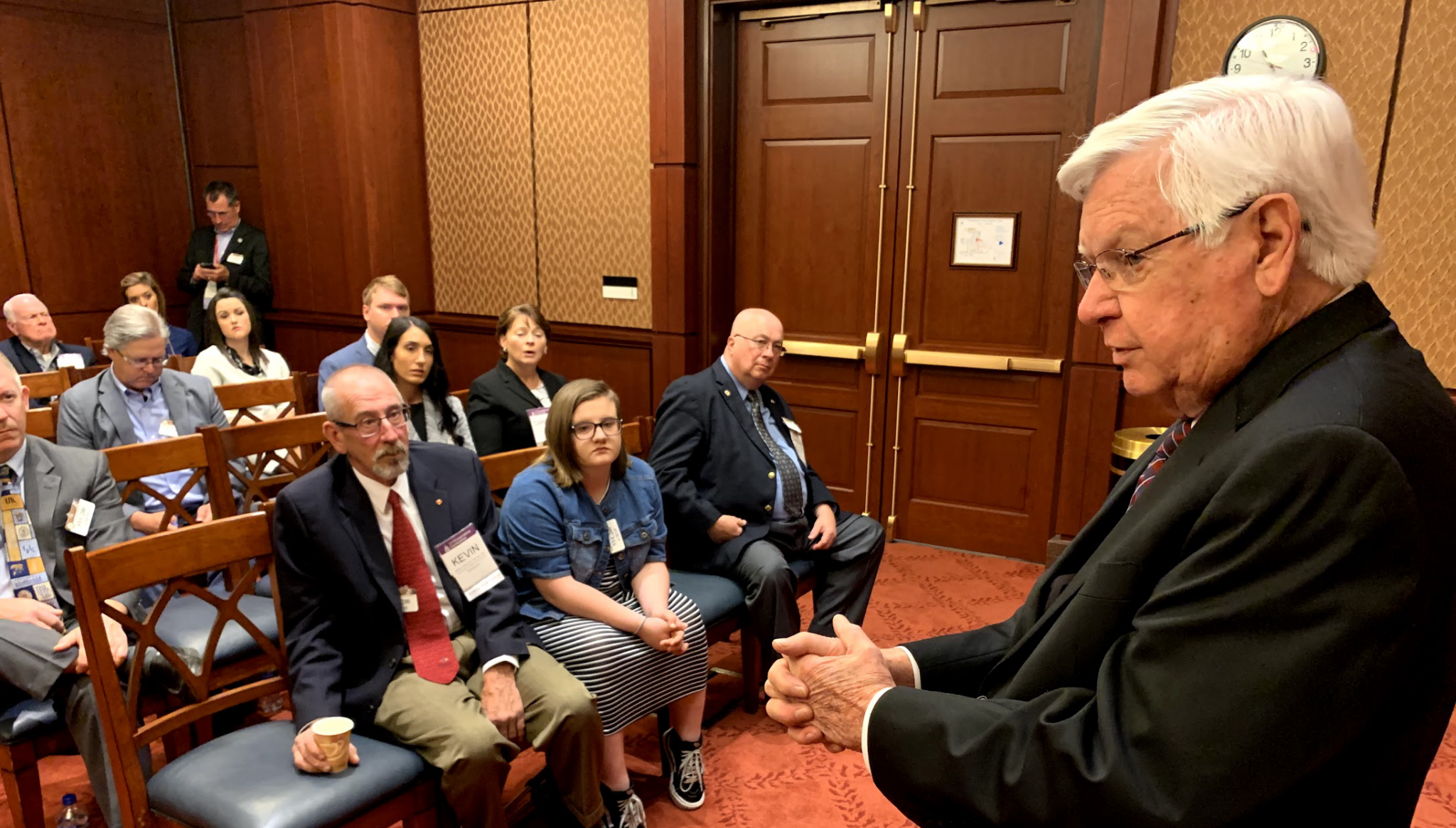 That date marks 14,852 days in office for the Republican, surpassing the late U.S. Rep. Bill Natcher for the longest tenure representing Kentucky in Congress. Rogers first took office on January 3, 1981, more than 40 years ago.

Rogers has been elected to 21 consecutive terms in the U.S. House of Representatives, representing the people of Kentucky’s 5th Congressional District, currently encompassing 30 counties across southern and eastern Kentucky.

Natcher, a Democrat from Kentucky’s 2nd Congressional District in western Kentucky, served 14,851 days in office from his special election on August 1, 1953 until his death on March 29, 1994.

A Wayne County native, Rogers was born in 1937 on his parents’ 60-acre farm in Barrier. His father ran a small grist mill and a country store and his mother was postmaster. While in high school, Rogers took a part-time job at a local radio station and he later worked at stations in Tennessee and North Carolina. With a law degree from the University of Kentucky, Rogers served as Pulaski and Rockcastle County Commonwealth Attorney for eleven years before running for Congress in 1980.

Representing one of the poorest Congressional Districts in the nation, Rogers is known for his focus on economic development, job creation, fighting illegal drug use and preserving the natural treasures of Appalachia.

He has played a pivotal role in the creation of several civic organizations such as Eastern Kentucky PRIDE, Operation UNITE, Southeast Kentucky Economic Development (SKED), The Center for Rural Development and Shaping Our Appalachian Region (SOAR).

From 2011 to 2016, Rogers served as Chairman of the powerful House Appropriations Committee, leading Congress to reduce discretionary spending by a historic amount, cutting $126 billion in discretionary spending since 2010. During his tenure, Chairman Rogers led the way for regular order, conducting 650 oversight hearings and considering more than 2,000 amendments to appropriations bills on the floor.

Rogers’ achievements and his commitment to rural Kentucky were recognized by Kentucky Electric Cooperatives in 2011 when the statewide co-op association presented him with their highest honor as Distinguished Rural Kentuckian.

Co-ops celebrated Rogers’ focus on creating more jobs in his district so people can thrive there and make a good living. His efforts over the decades have included helping create major flood control projects, improving education through regional scholarships, promoting the regional tourism industry, and conducting ongoing drives to reduce drug abuse and beautify the region.

Upon receiving the award, Rogers remarked, “I am honored to join the prestigious roster of Distinguished Rural Kentuckian Award-winners. The Kentucky Association of Electric Cooperatives has improved the way we communicate about utility issues across the Commonwealth. I commend the electric co-ops for being proactive in educating communities about energy conservation, giving businesses and families innovative ideas to save energy and save money.”

After Rogers and Natcher, the longest serving members in the U.S. House in Kentucky history are Carl D. Perkins who served 35 years, 213 days, Brent Spence who served 31 years, 305 days and Romano Mazzoli who served 24 years.