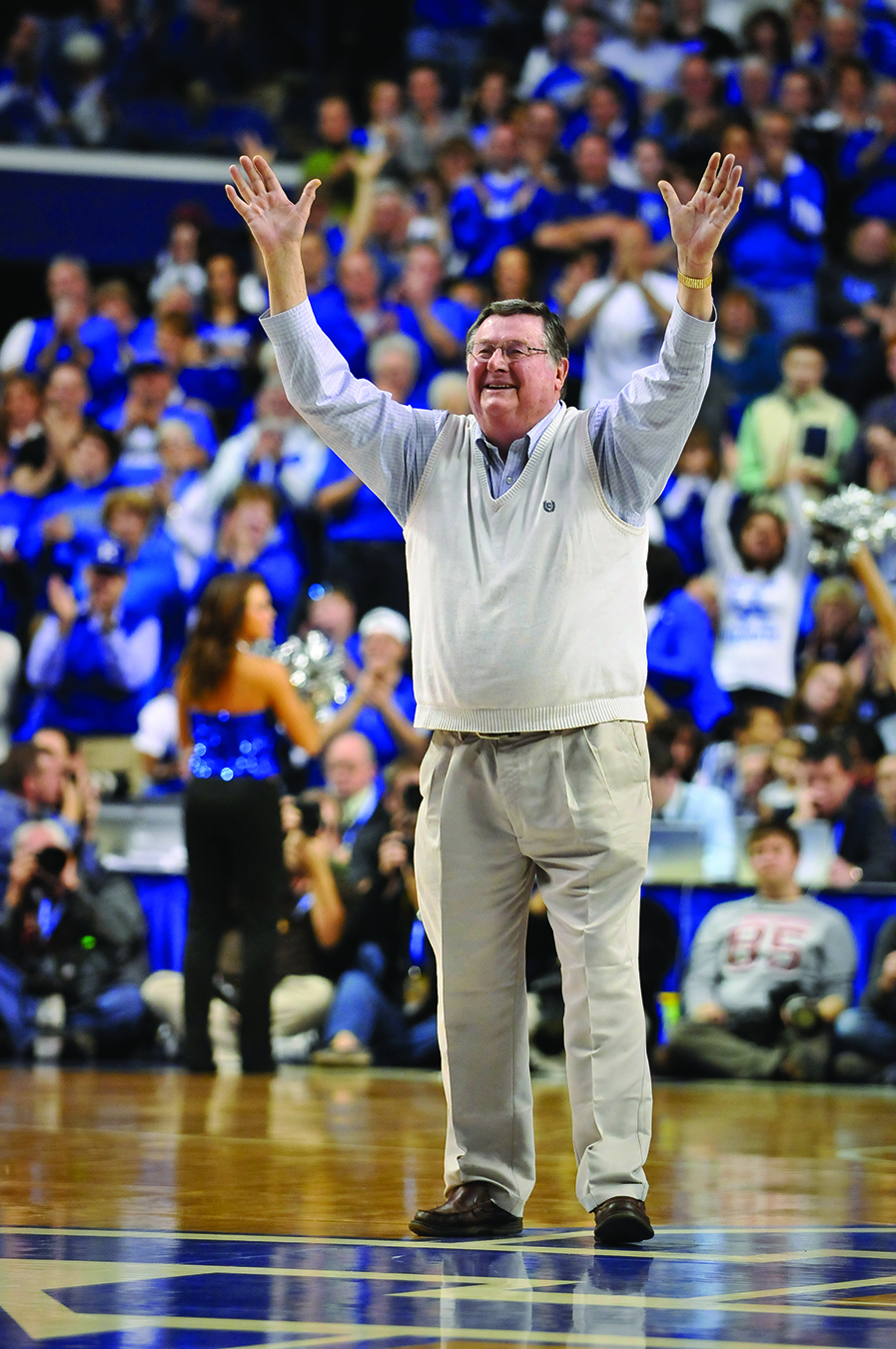 In November, Kentucky’s electric co-ops honored a man from Cynthiana who grew up cutting tobacco and worked a summer clearing rights-of-way for an electric co-op. He played high school and college basketball. He married Katharine Dennis, who had been Miss Harrison County REA and in 1950 became Miss Kentucky REA.

You might know Joe B. Hall better as the coach who succeeded the legendary Adolph Rupp, and spent 13 years winning the University of Kentucky a national basketball title, three trips to the Final Four, and six trips to the Elite Eight.

That life and career was recognized last month when the Kentucky Association of Electric Cooperatives named Joe B. Hall as its Distinguished Rural Kentuckian during the group’s annual meeting in Louisville.

The electric co-ops have presented the Distinguished Rural Kentuckian Award annually since 1982 to recognize people who have improved the quality of life in the state.

KAEC President and CEO Chris Perry explains the significance of Hall’s selection by recalling his own youth.

“One of my strongest childhood memories was when he brought a UK exhibition game to Greenup County High School when I was about 9 years old. I’ll never forget it,” says Perry. “Coach Hall understood what the University of Kentucky basketball team meant to rural Kentucky and the state as a whole.”

Perry says that understanding continues, with Hall’s hosting of a radio show for the past 10 years with former archrival University of Louisville basketball coach Denny Crum.

“He still gets it,” says Perry. “He hasn’t forgotten where he is from.”

For his part, Hall says the radio show with Crum “demonstrates that you can be for something very strongly and not hate fans at the other school. We demonstrate a respect for each other.”

Hall says he’s enjoyed every part of his lifetime of bringing Kentucky together, from today’s radio show all the way back to competing with his uncle cutting and topping tobacco (“I once cut 1,475 sticks of tobacco in one day.”).

He says, “I’ve loved everything I ever did.”