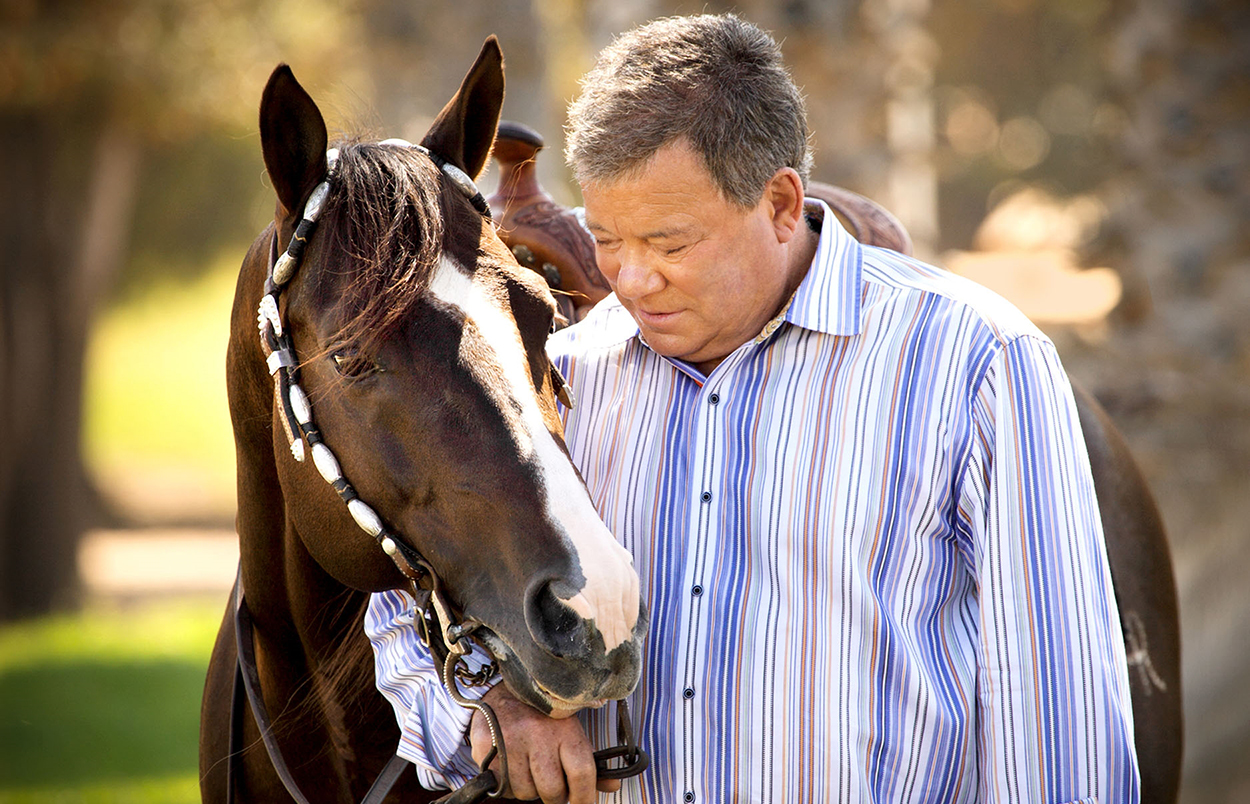 I have been living in Kentucky for many years now, always in Woodford County. Over the years I have had a couple of farms, a couple of houses, and have always been in a state of fulfillment because I’m in Kentucky.

By fulfillment, I mean the thrill of being in horse country and loving horses as much as I do. There is a sense of being in heaven, and the angels without wings

are the mares and colts and studs and geldings that look at you from every fence on every road.

I have always had a connection with the horse. Other than going to a rental stable, I was unable to fulfill this connection until much later in life when I could afford the rather expensive business of owning a horse. But with that said, one horse became another and soon I had many.

I have a farm in California where I have retired some of the great horses I have ridden or driven, but most of the Kentucky horses are at various trainers around the Lexington area.

Like any skill, riding a horse is a progression. At first, you start with the only thought being, “I hope I don’t fall off.” You graduate to, “Hey, I fell off but I can get on.”

Then you graduate to, “I’m on and I’m staying on.”

And then you’re on, you’re staying on, and lo and behold as the years go by, you have a blue ribbon. I have gone from trying to stay on a horse to trying to be inside the horse’s mind. There is a very definite spiritual connection between the horse and the rider. I have dreamt of being at one with the horse and the horse and I gallop across fields and our bodies are fused and we are one.

I run a charity called the Hollywood Charity Horse Show. We benefit a lot of riding therapeutic programs and I have seen firsthand the benefits of hippotherapy. When you feel this connection between you and an animal, you realize the connection between you and the whole world. Some of our DNA is the same as the DNA of trees. Throughout the living world, we are more alike than different, and this connection with the horse merely emphasizes that.

I feel such ecstasy with my horses that I thought through this book I might share some of that with y’all. The Spirit of the Horse reflects some of the things I have just mentioned in greater detail, and I also excerpted great writers who have written about their experiences with horses.

My wife has been a horse trainer for many years of her life and she shares what I have expressed, maybe even more so. And we number among our dearest people the friends we have met in the horse world—both professional and amateur.

Lexington is one of the most beautiful places in the world, and Hollywood drops away and the bridle and saddles are assumed and the aim is not to make a Hollywood movie, but to compete in the World Championships in Louisville in August.

Spirit of the Horse

In his new book released in May, Spirit of the Horse: A Celebration in Fact and Fable, $26.99 hardcover, with Jeff Rovin (Thomas Dunne Books), award-winning actor, director, producer, musician, and pitchman William Shatner describes his deep connection to horses, combining legendary myths and folktales with his own experiences. Kentucky Living is pleased to share this excerpt from the book, reprinted with permission from St. Martin’s Press.

Horses are Olympic athletes. It’s up to the rider to try and govern that power, that elegance, that perfection, that will. Failing that, failing to merge with and control that power, you’re just a passenger. And a very vulnerable one at that.

I was in competition in Louisville, Kentucky, and a young horse reared on me. Keep in mind, it’s nothing like you see in the movies, where Zorro’s horse Tornado goes back on his rear legs and stays there as Zorro waves at the camera while lightning flashes behind them. Uh-uh. This horse I was on reared and I began to fall over backward. Instinctively, I grabbed the reins to try and recover my seat. Instead, I succeeded in pulling the horse backward with me. Very un-Zorro-like. My initial thought—and you do have time to think, because the seconds slow to a surprising crawl—was that he was going to crush me. That’s almost like having a Volkswagen Beetle roll over on you. (There’s a scene in the film How the West Was Won, during the Cheyenne attack, where a horse and rider fall on an incline and the horse slowly rolls over the stuntman. Some things you just cannot anticipate.)

Anyway, everything is relative, right? I landed very, very hard, but “lucky’’ for me, in the last instant the horse went down to the side, and all he did was crush my leg. And then he got up, and he was fine, and I went to get up and I wasn’t fine. I got up and fell right down.

As I’m lying there, kind of catching my breath and figuring out what to do next, a guy I didn’t even know jumped on me, arms out like he was smothering a fire, and said, “Stay down, we’re calling an ambulance.” And I said, “Don’t call an ambulance, I’ll be okay.” And he said, “You could be bleeding inside.” And I lay back down and said, “Call an ambulance!”

Three good things came out of that accident. This isn’t just a matter of me looking on the bright side of life, which I always try to do: they really were very, very positive.

The first benefit was that I learned firsthand how not to fall.

The second benefit was a visit with some wonderfully professional people at the hospital in Louisville. They were very reassuring, in the best tradition of the medical profession, and it wasn’t just because they were treating Captain Kirk. I had the time to watch them interact compassionately with everyone they cared for. I was grateful to hear that while I had done some nerve damage, it would be all right. And so, it was.

The third benefit—speaking of Captain Kirk—is that the lesson of getting up and falling down, getting up and falling down, gave me the insight on how to play the death scene in Star Trek Generations. When the script called for me—him—to be shot in the back and he falls to the ground, I thought, “I’ll just do what I did with the horse. I’ll get up, I’ll fall down, I’ll get up, I’ll fall down.” So, that’s what I did. It was very effective. Art imitated life.

For years, I have ascribed my health, this energy that I have, day after day, to the horses. That isn’t to say the other parts of my life don’t enrich me; they do, of course. But the horse has an ancient soul. We are talking about animals with instincts and senses that have been constantly refined for 60 million years.

We who ride are the beneficiaries of that unbroken chain of energy.

Leaving a stable, a farm, a ranch, is a very different experience than arriving. You do not feel a break in the same way that you experienced a sudden merging. When I cross that line again to go home, and I’m back on that road, I’m filled with goodness. If the morning has gone right, I’m filled with elation. I am filled with anticipation of going into competition.

I’m not nervous in competition, because that isn’t my goal. I only want the beauty of this horse to be brought out. Which means I have to be at my best: if I make a mistake, this horse will do less well in the point spread. That won’t be his fault, but mine. That’s how good these horses are. They are Olympic athletes.

Yet after 30-plus years as a serious rider, I firmly believe it goes deeper than this. There is a collective wisdom to horses and it appears that they have much more access to that than we do.

Many people who train horses empathically have had experiences where they connect with individual horses who are not present. They insist it is not a memory from their own experience, but it’s coming through the horse. Native Americans who “skin walk” understand this idea very well. It’s a big, bold world out there…and we’re only just beginning to grasp its incredible implications.

I can tell you, for myself, one of the beauties of riding is that the horse…well, I won’t say he makes the job easy. Often, it isn’t fun. But I have never, ever come from the experience empty-handed. And those experiences add up over the years, over the decades.

I have been privileged to make what one might describe as a 50-year journey from Alpha Centauri on Star Trek to a spiritual Centaur in real life. To paraphrase a line I’ve heard…somewhere: “It is…fun. Oh, my…!”