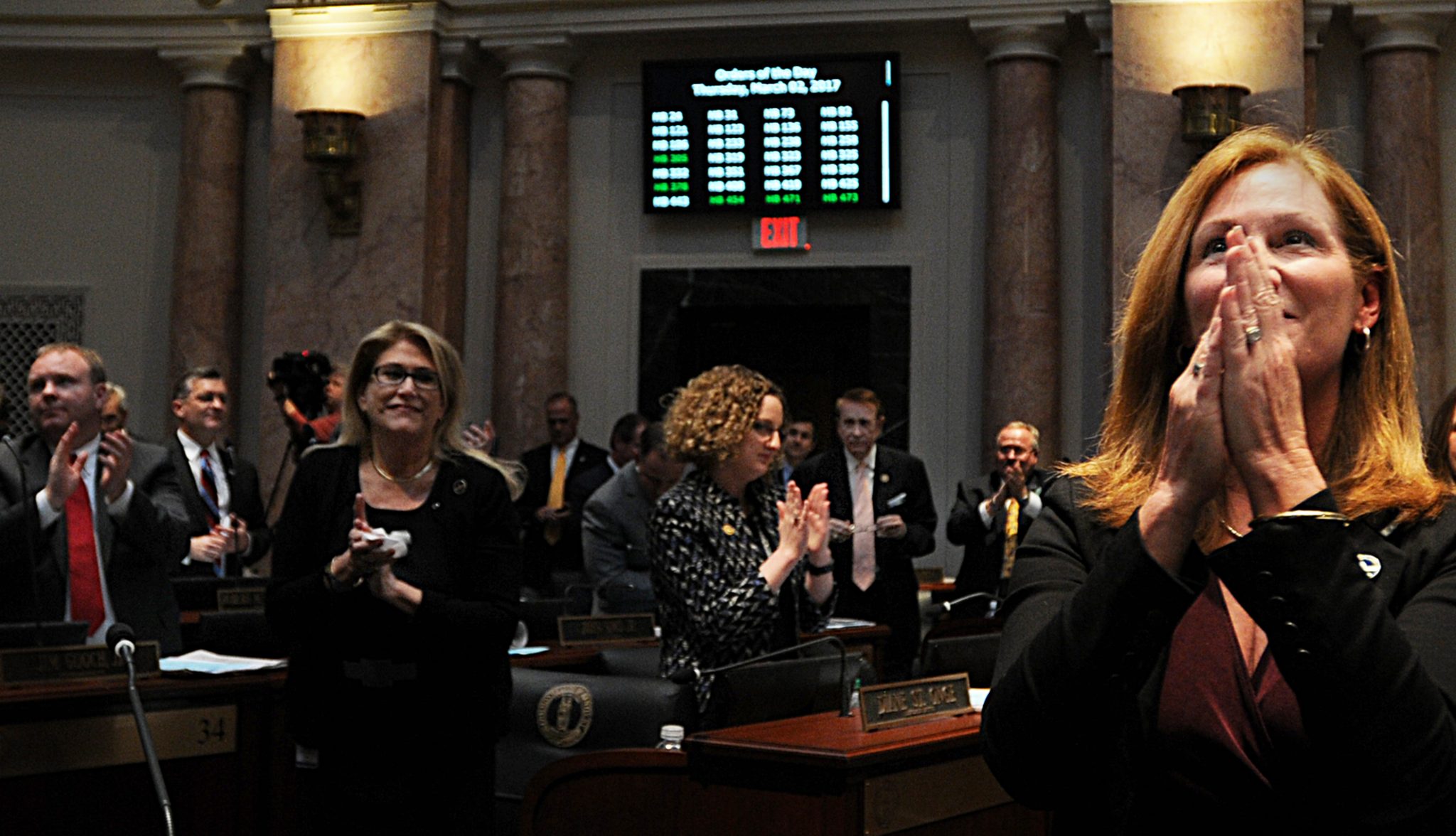 FRANKFORT, Mar. 02 -- Rep. Kimberly Poore Moser, R-Taylor Mill, (right) looks up to the gallery to acknowledge the Wethington family after her legislation, HB 305, passed the House. The bill makes changes to Casey’s Law, a 2004 law concerning substance abuse intervention that was named after Casey Wethington, who died of a heroin overdose in 2002. HB 305 is aimed at building on Casey’s Law by improving substance abuse intervention options. Photo: LRC Public Information

Rep. Kim Moser, a primary sponsor of House Bill 305, said the legislation would improve treatment options and costs associated with involuntary treatment under Casey’s Law, passed in Kentucky in 2004 in honor of Matthew Casey Wethington, who died of a heroin overdose at age 23.

HB 305 “allows for better outcomes for those in need of treatment of their addiction” who are served by Casey’s Law, said Moser, R-Taylor Mill. The bill’s fellow chief sponsor, Rep. Danny Bentley, R-Russell, praised HB 305 for addressing what he called the “multi-dimensional” problem of addiction.

“It helps the sick,” he said of the bill.

Proposed changes to Casey’s Law under HB 305 would allow a judge to order a person to undergo treatment for up to a year (while allowing a petition to be renewed beyond a year) and would clarify that someone who petitions the court for involuntary treatment of a friend or family member under the law is only responsible for evaluation and treatment costs that aren’t covered by a third-party payor, such as private insurance and Medicaid, said Moser. The bill would also allow court-ordered treatment to be changed, where appropriate, at no additional costs to the petitioner, among other provisions.

“It eliminates any delay in treatment,” she explained.

HB 305 passed by House 95-0 now goes to the Senate for consideration.