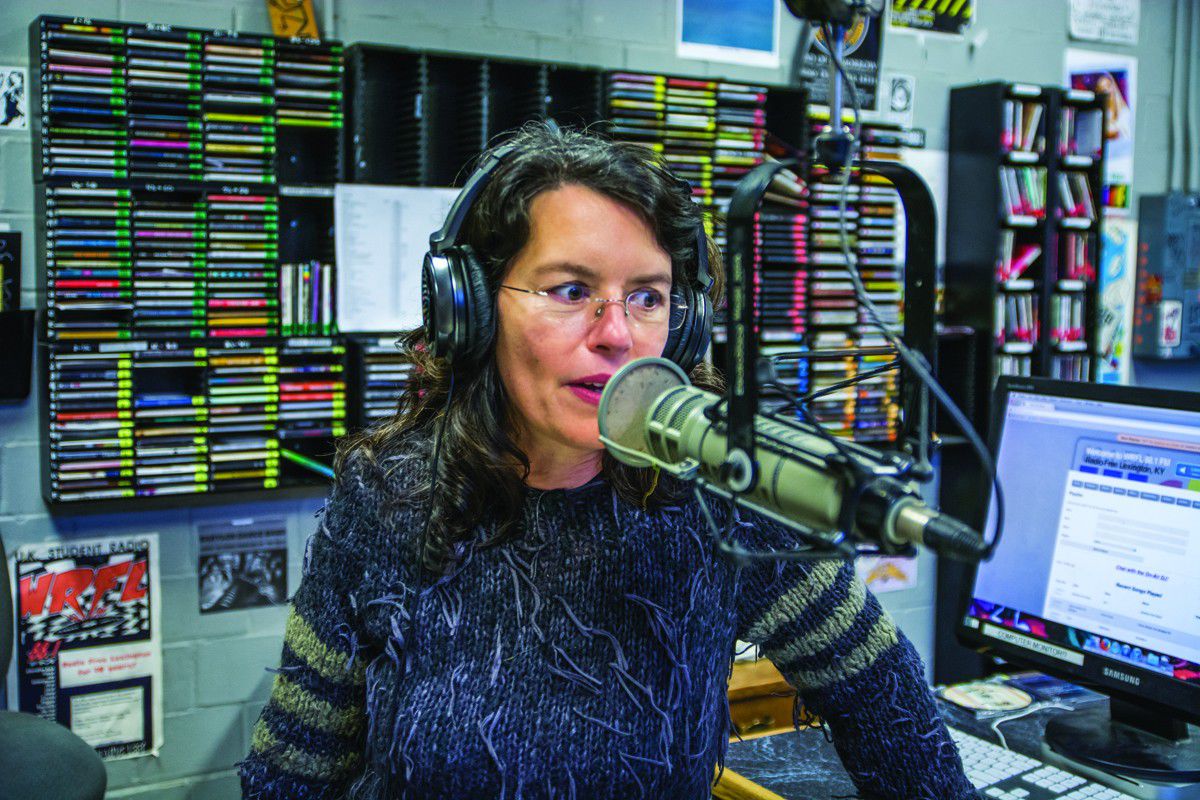 Her name alone is a story

Katerina Stoykova-Klemer has lived in many places and in some ways many lives: Engineer, Student of English, Young Mother, Immigrant, Wife, Poet, and Entrepreneur.

She’s a Kentuckian now, specifically a Kentucky writer and publisher and in that world she has made a mark much longer than the nine-syllable name she brought from Bulgaria. She is the founder and editor of Accents Publishing, which has published 35 books and chapbooks. It does mostly poetry, including work from established Kentucky writers like former Kentucky Poet Laureate Richard Taylor, who called Accents “one of the most exciting publishing houses to surface in Kentucky in 30 years.”

“I always wanted to be a poet,” Katerina says from her home in Lexington. Even as a child, she found something magical about how words came together. “I started submitting poems (for publication) as soon as I learned how to address an envelope. I felt like I had something to say.” She was a teenager before her name started appearing in magazines alongside her poems, although at the time, her byline looked like this: Катерина Стойкова

That’s the Cyrilic alphabet, used in Russia and other Slavic countries and in the schools where Katerina learned to write as a little girl in Bulgaria. Her father was a coal miner and she grew up on the eighth floor of a massive block of flats, which was an apartment complex where the Stoykovs family could watch the sun rise over the Black Sea.

Katerina is involved in another project, Proud Citizen, a movie she co-wrote and stars in, based in part on her own life. Directed by Thom Southerland, it’s been showing in festivals around the country and won several awards. Filmed in Kentucky, Proud Citizen includes several poems by Stoykova-Klemer, whose father worked in the coal mines of Bulgaria.

In the 1970s and ’80s, communist Bulgaria was part of the Soviet Bloc. “Before I really knew what America was,” she says, “I remember being scared because they taught us that Americans were coming with the bombs to kill us.” Although, as a teenager, she admits, “My walls were covered with posters of Michael Jackson.”

She first studied English when she was 20 and struggling to balance being a wife, mother, college student, and the first in her family to go to college. “I fell in love with the language right away,” she says. “I would speak English sentences to my baby.”

That first marriage didn’t last, but her connection to words and the English language endured. She met her second husband, Ohioan Dan Klemer, through a pre-Internet international pen pal program. “I liked her sense of humor,” says Dan, who, like Katerina, was an electrical engineer. “There was an innocence about her and a great deal of charisma.” Within a few months, he was visiting her in Bulgaria. The two got married and, along with her son, Simeon, Katerina moved to the U.S.

It would be nice if we could say that her writing immediately blossomed here, in the land of opportunity. Instead, “As soon as I stepped on American soil, I stopped. Didn’t write for 11 years.” She’s not sure why, though she was adjusting to a new culture and context. Her engineering work could be demanding, though Katerina got promotion after promotion. She also earned both a master’s in computer science and an MBA.

Still, she says, without writing, “There was always something missing.” The Klemers’ professional opportunities led to moves from Ohio to Virginia, North Carolina, New York, and California. Then Katerina took a job managing innovative software projects for Lexmark based in Lexington, which brought them to the Bluegrass.

“I think Kentucky is beautiful,” Katerina says. “We love Red River Gorge and Mammoth Cave. And the people are very kind, and they appreciate kindness, too.”

It was in Kentucky that the poet’s words came back to her, this time in English. One day in 2006, “It just came over me,” she says. The urge to write. She was driving to work, but pulled into the parking lot of a Kroger. “I wrote a poem,” she says, “and I felt such joy.”

Katerina started sending out work, getting published, giving readings and eventually teaching classes, including many at Lexington’s
[pullquote cite=”Katerina Stoykova-Klemer” type=”right”]”Mother and Son Immigrants He cries, Mom I have a boo-boo. She asks, What’s a boo-boo?”[/pullquote]
Carnegie Center for Literacy and Learning. “What she contributes is immeasurable,” says Neil Chethik, the Center’s executive director. “Sometimes I have to remind myself how remarkable it is that she’s a Bulgarian doing all of this in her second language.”

Katerina’s Bulgarian childhood comes through in her pronunciation of English words, especially with the th sound, which doesn’t exist in her native language. Nonetheless, she communicates in English with a fluency beyond that of many natives. Her poetry itself is a mixture of darkness and light, of whimsical wordplay that reveals hard truths.

The magic of book publishing

Still, just as business wasn’t enough for Katerina, writing alone wasn’t either. After leaving Lexmark, she decided to create Accents Publishing in 2010. She did this despite the fact that book publishing has spent most of the millennium simultaneously imploding and reinventing itself. Once she got the idea for Accents, though, she couldn’t let go. “It felt like an assignment,” she says. “I knew if I didn’t give myself a chance, I’d regret it.”

Five years later, she’s still going, with 10 new volumes in production. She still talks about magic and books, as in, “To see a writer become an author—it’s magic.”

She says this even though she knows how distinctly un-magical the process of a book can be. It’s ink and paper cuts and hot, noxious glue. It’s an act of assembly she’s repeated thousands of times in what used to be her dining room. That’s where she put the binding and cutting machines that turn stacks of printed paper into books. Aside from a few interns, Accents is a true family business: Katerina edits. Simeon now 23, designs covers. Dan, who still works in engineering, is listed on the Accents Web site as “Staff.” (“That means I do whatever needs doing,” he says.)

Lynnell Edwards is a poet based in Louisville and a professor of English at Spalding University. Accents produced her 2014 book Kings of the Rock ‘n Roll Hot Shop (or, What Breaks). “Katerina and her staff gave my work their fullest attention,” she says. “They wanted to showcase the work and help it shine out there in the world as much as I did.”

Some Accents books have done well, which on the scale of small-press poetry books, means selling several hundred copies. Others less so. That’s the business. “All the books I have published are very personal to me,” Katerina says. She makes books because she wants you to feel the magic she felt and still feels when the right words come together—in whatever language.

She wants you to read them the way she does because of the connection they offer that transcends time and place and language. “As we read others’ poems,” she says, “they become our own.”

Coal Miner to His Daughter by Katerina Stoykova-Klemeer

And if you can’t,

be in the top three.

If you think you can’t make it,

take this broom and start

because all your life

you will be nobody

and you will have to work

in a brick factory,

but she was a tough woman

Can you carry wet bricks?

I know you can’t

dig with a shovel.

all delicate and coddled.

Your mother didn’t even let you

You must study hard

there is nobody to help you.

you would be a queen.

If I were a doctor –

you would be a doctor.

What does this mean to you?

You are a miner’s daughter.

You have to study

and you have to fight.

Nothing will come to you on a platter.

there is space for only the first,

and maybe the second.

there is also place

The rest are just fillers