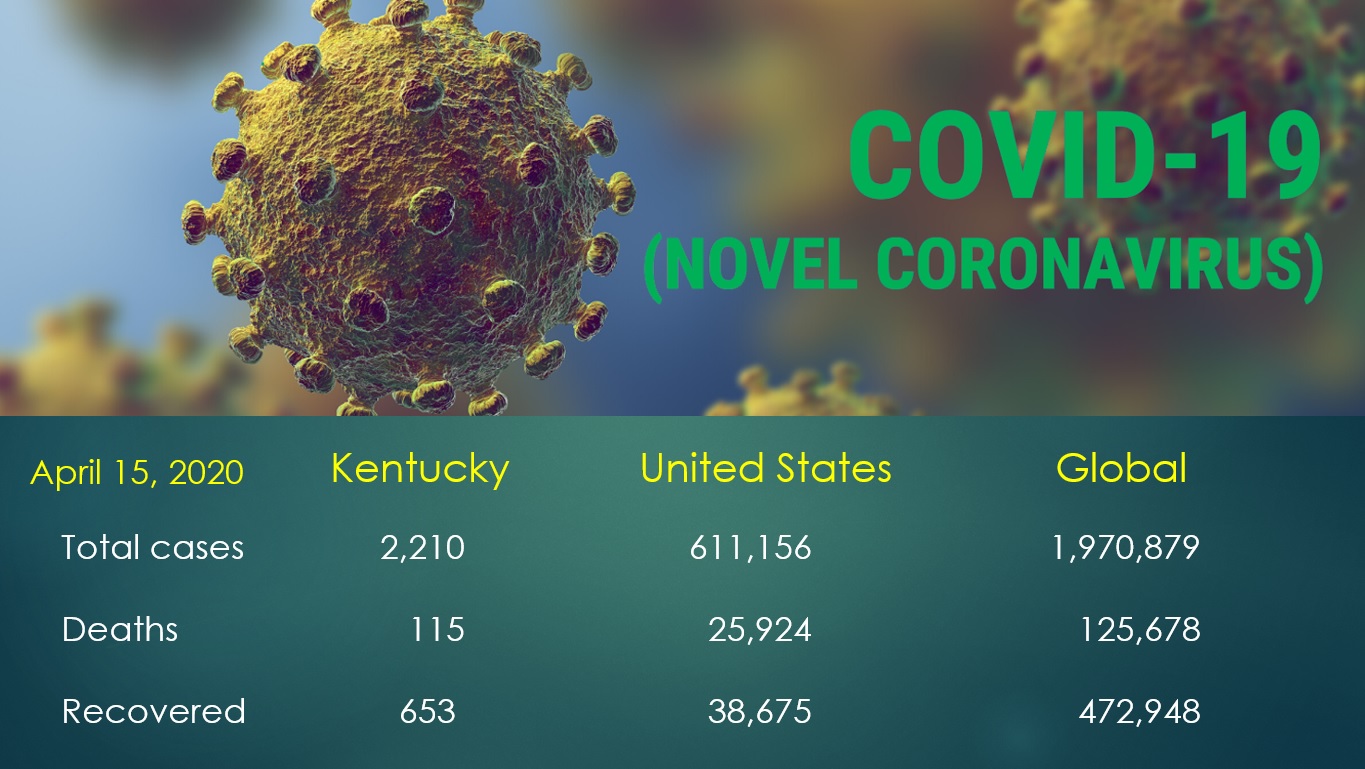 The Governor announced that the Honorable Order of Kentucky Colonels is making the largest gift in the storied organization’s history: $1 million to the Team Kentucky Fund.

“Thank you to the Honorable Order of Kentucky Colonels for once again stepping up and assisting fellow Kentuckians when they need it the most,” Gov. Beshear said. “This generous donation will help Kentuckians with rent, utilities and other needs after they have had their lives turned upside down by this devastating epidemic. I have said repeatedly we will get through this together and the Kentucky Colonels are making that journey easier for some struggling Kentuckians.”

He urged others to follow the Kentucky Colonels’ lead and donate to the Team Kentucky Fund.

“Our trustees decided to take a leadership position with this specific $1 million donation to the Team Kentucky Fund when Gov. Beshear called upon Kentuckians to come together and help provide aid and hope where it’s most urgently needed,” said Honorable Order of Kentucky Colonels (HOKC) Executive Director Col. Sherry Crose. “Kentucky Colonels are honoring the historic heritage of caring which began with assistance with the Great Flood of 1937.”

“Every part of Kentucky has to do their part, and we are seeing that,” the Governor said.

He said purchasing the equipment has become nearly impossible as the federal government snaps up limited supplies and ramping up manufacturing here takes time. Donations, however, are the way to bridge the gap, and the Governor said people and companies here are answering the call.

“Kentuckians, you are coming through,” the Governor said.

Dr. Steven Stack, Commissioner of the Department for Public Health, said the numbers may look large, but the nature of equipment means it is meant for single or very limited uses.

“A thing that’s good to remember is that all of these or virtually all of these are meant to be disposable. They’re intended to be used once, then discarded,” Dr. Stack said. “So, they look like big numbers in some areas but normally when we operate in a hospital or health care center, you’re required to use these items for one patient in order to minimize infection spread for other causes.”

“We need a lot more, a lot more every day,” the Governor said.

Unemployment insurance update
Gov. Beshear and Josh Benton, deputy secretary of the Kentucky Education and Workforce Development Cabinet, provided an update on the unprecedented number of jobless claims in the commonwealth.

“We are processing more claims than ever before and sending out more payments than ever before. But I know that many of you out there still haven’t gotten the service that you need. That is our fault and we are working through it,” the Governor said. “We will help, we will get to you and we will explain the glitches as they come in a transparent and honest manner.”

Deputy Secretary Benton also talked about the top reasons that claims have been tied up in the system. He said the most common reason is the claim is still within the 13 to 15 day window since filing.

“Just a reminder to folks that after you file a claim, that first payment comes automatically, typically within 13 to 15 days,” he said. “There’s no need to request payment or to refile if you don’t see it right away.”

Sometimes a request for initial payment or opening an additional claim also slows the process. In addition, he said ID verification and claim investigations can take time.

People can register for the next two days of testing at thelittleclinic.com/drivethru-testing, or call 888-852-2567 (select option 1, then option 3). He said they were hoping to get 250 or more tests done each of the next two days.

Testing eligibility parameters were being loosened to allow more people to qualify. Where previously to qualify you needed to be a health care worker or in a defined high-risk category, now people presenting certain symptoms will be tested.

Gov. Beshear also announced a second drive-through testing site in partnership with Kroger would open Wednesday in Kenton County. The site has a daily testing goal of 250 a day and Kentuckians can sign up through the same website and phone number as provided for the Franklin County site.

Case information
As of 5 p.m. April 14, Gov. Beshear said there were at least 2,210 coronavirus cases in Kentucky, 177 of which were newly confirmed.

“Those are 11 Kentuckians whose families and communities love them. Even one loss is a loss to all of us. Since we passed 100 yesterday we’ve been flying our flags at half-staff here in the Capitol, and keep lighting up your homes,” said Gov. Beshear, who asks Kentuckians to join him in lighting their homes and businesses green tonight in honor of the lives lost, as a continued sign of compassion and renewal.

Gov. Beshear said the 50-year-old from Adair is the first known health care worker to die of coronavirus in Kentucky.

“So for everybody out there that says this isn’t real, this person gave their life to protect others,” the Governor said. “While she’s gone to a better place, these people are taken from us here on Earth, forever.”

On Tuesday, Gov. Beshear honored Joyce Scobee, 75, of Meade County, who died on Wednesday from the coronavirus, according to a moving tribute in The News-Enterprise. The Governor said Joyce and her family are a perfect example that the statistics he reads are more than numbers – they are Kentucky families and communities who have lost a loved one.

“She loved everyone and everyone loved her,” Joyce’s daughter Laura told The News-Enterprise.

At least 653 people have recovered from COVID-19 in Kentucky. Gov. Beshear said among the recovered were two people who became ill at Western State Hospital.

“Let’s think about those folks. They call it an intensive-care unit for a reason. And most people going into intensive care are coming out,” the Governor said. “And that’s because our health care professionals and our hospital systems are doing an amazing job. In fact, they have really beaten the model on how many days someone was going to be hospitalized that has this. And that, that has gone a long way to helping our hospital capacity.”