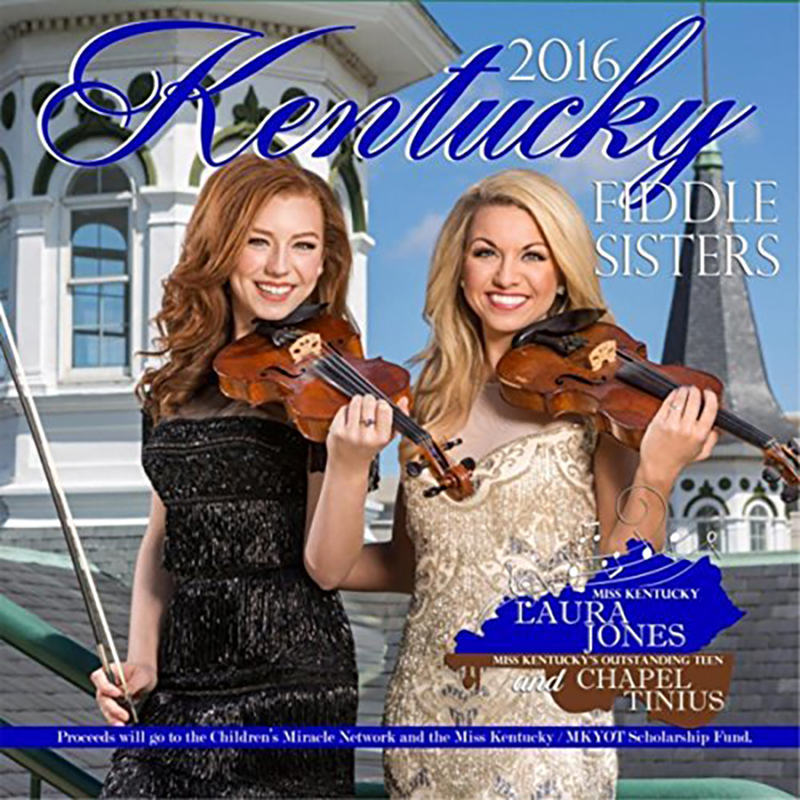 The 1850’s Stephen Foster ballad, My Old Kentucky Home has been Kentucky’s official state song since 1928, performed and recorded by thousands of artists. But a recent recording of the melody has captured the attention of Kentucky’s rural electric cooperatives.

The combined talents of Miss Kentucky 2016, Laura Jones, and Miss Kentucky Outstanding Teen 2016, Chapel Tinius form the Kentucky Fiddle Sisters. Two recordings by the pair became a part of the soundtrack of the Distinguished Rural Kentuckian Award at the annual meeting of the Kentucky Association of Electric Cooperatives.

“We were looking for a classic, but fresh Kentucky sound to honor legendary journalist Byron Crawford,” said KAEC’s Joe Arnold. “I must have listened to fifty recordings of My Old Kentucky Home.  But, when I heard Laura and Chapel, I knew we had to have them for Byron’s video tribute.”

A recording of Bonaparte’s Retreat featuring Tinius also appears on the Crawford tribute video. Both songs are on the album, “2016 Kentucky Fiddle Sisters” [Farm-Out! Records release № 26], a primarily instrumental collaboration between Jones and Tinius to benefit the Children’s Miracle Network and the Miss Kentucky/MKYOT Scholarship Fund.

“This has been such a unique year,” Jones said. “It is very rare that the Miss Kentucky and Miss Kentucky’s Outstanding Teen have the same talent, especially something as rare as the fiddle. Having the opportunity to share our passion for music as sister queens made this year so much more memorable. When the idea was proposed that we make a CD together, we could not think of a better way to leave our mark as Kentucky Fiddle Sisters.”

Each performer contributed three solo performances then performed together on four additional tracks on the album. The fiddlers credited numerous assists and accompaniment by studio musicians and family friends, namely the piano work of Joey Neal, “who graciously donated his time and musical talent,” Jones added.

Neal is a Monticello native who arranged the Kentucky Fiddle Sisters’ version of My Old Kentucky Home.

“Every piece of planning and performing has been such a joy,” Jones said. “It is no coincidence we were crowned in the same year. We believe the Lord knew and planned ahead of time for us to get to share all of this special time together! And now we get to share it with the world.”