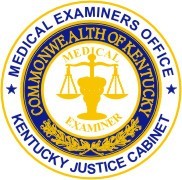 FRANKFORT–Kentucky families will have an easier time keeping autopsy photos of their loved ones private thanks to new legislation passed by the state’s General Assembly.

House Bill 67, which passed the Senate 36-1 after previously clearing the House of Representatives 94-0, provides additional protections against the release of autopsy photographs, videos, and other images to non-essential outlets such as the news media and internet bloggers. The measure was prompted by the case of a young Kentucky boy who was killed in an accident and whose parents were unsuccessful in halting the release of his autopsy photos to media outlets.

“If you Google his name today, you can still find those photos online,” said Sen. Whitney Westerfield, R-Hopkinsville, who spoke in favor of the bill. Westerfield also noted that the measure does not affect the release of autopsy reports, including images, to law enforcement officials or others who typically are entitled to receive that information.

The new law, which now goes to the governor for his signature, will be designated as Jack’s Law in honor of the child whose death inspired it.

“Nothing can bring Jackson back,” said Sen. Jimmy Higdon, R-Lebanon, in whose district the family lives, “but this can keep this situation from occurring with another grieving family.”